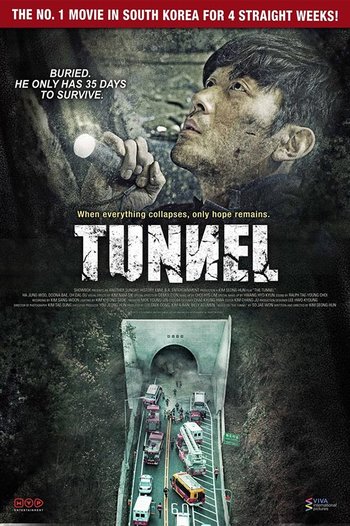 Tunnel is a 2016 Korean Disaster Movie, starring Jung-woo Ha as Jung-soo, Doona Bae as Se-hyun, and Dal-su Oh as Dae-kyung.

On a routine trip home from work, Lee Jung-soo is trapped by a collapsing tunnel. With only two bottles of water, a birthday cake, and his phone on 78% battery, he must survive long enough to be rescued by emergency services.

This Film Provides Examples of: