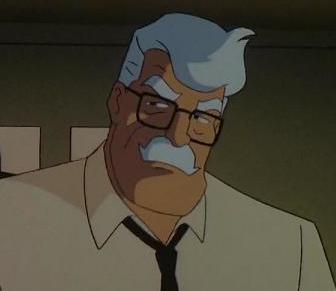 Commissioner James W. Gordon was the head of the Gotham Police Department. He had one child, a daughter named Barbara, who would go on to become Batgirl and later succeeded him as Head of Police. 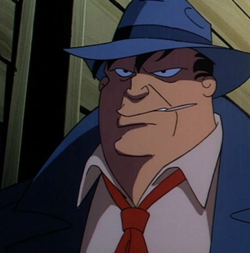 Lieutenant Harvey Bullock was a top investigator for the Gotham Police Department who worked directly under Commissioner Gordon. Known for his love of food, he was still quite an effective cop in his own right, although probably not quite as effective as he would like to think he was. He doesn't trust or like Batman, even considering him a criminal at times, but has still teamed up with him to keep Gotham safe on numerous occasions. 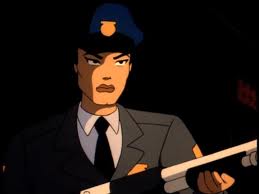 Renee Montoya was an officer and later a detective of the Gotham Police Department. 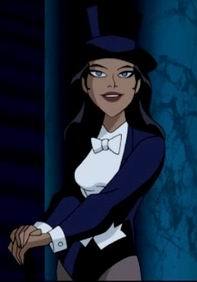 Zatanna is a magician and stage performer with real magical powers, who joined the Justice League after the Thanagarian invasion. 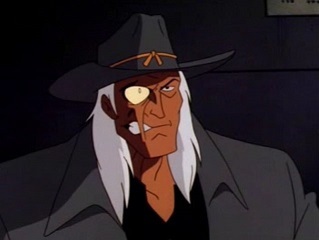 Jonah Hex was an outlaw, and later a bounty hunter in the late 1800s. He was easily identified by the right side of his face being grotesquely scarred, which hides his honorable nature. 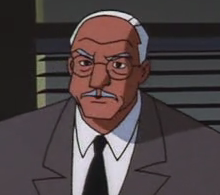 Hamilton Hill was the mayor of Gotham City during the early years of Batman's crime-fighting. 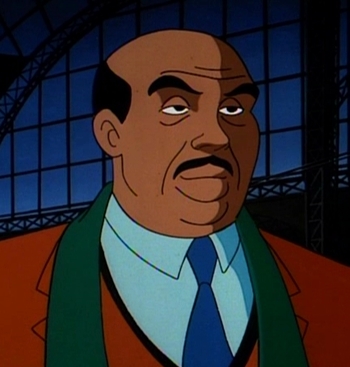 Lucius Fox was a well-respected businessman who ran the day-to-day business of Wayne Enterprises. 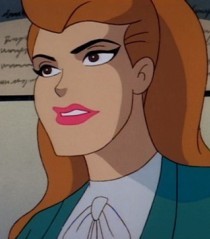 Summer Gleeson was a news reporter and anchor in Gotham City. She worked for WGOB, and was the host of Gotham Insider. 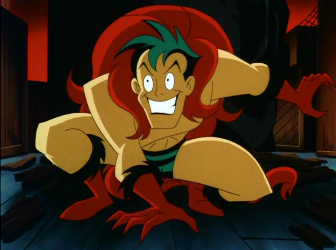 Voiced by: Jeff Bennett
Appearances: The New Batman Adventures | Justice League Unlimited
"They call me... Yellow-Skinned Wacky-Man! But I prefer the Creeper."

The Creeper, also known as Jack Ryder, was formerly a news anchorman before his confrontation with The Joker, and now is a superhero and member of the Justice League. 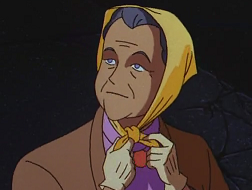 Leslie Thompkins was a doctor who went to medical school with Thomas Wayne and Matthew Thorne. The three were best friends. 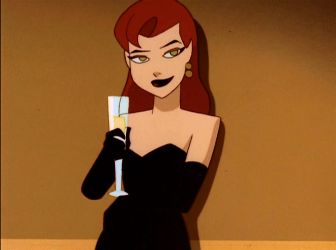 Just once I'd like to throw a party without some kook showing up.
Voiced by: Marilu Henner
Appearances: Batman: The Animated Series | The New Batman Adventures

Veronica "Ronnie" Vreeland was a member of the Gotham City elite. 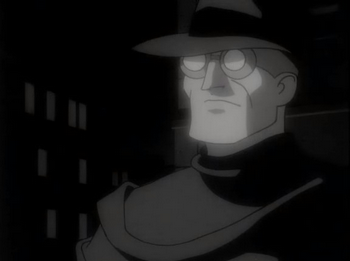 The Gray Ghost, played by Simon Trent, was the eponymous character of an old television show. 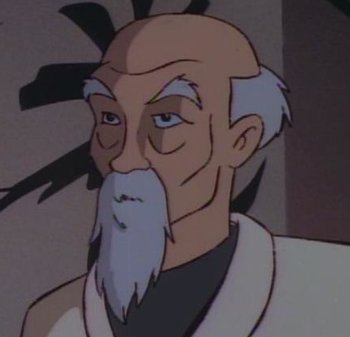 Voiced by: Chao-Li Chi ("Night of the Ninja"), Goh Misawa ("Day of the Samurai")
Appearances: Batman: The Animated Series

Yoru Sensei ran a martial arts academy in Japan, and was a teacher of the young Bruce Wayne. 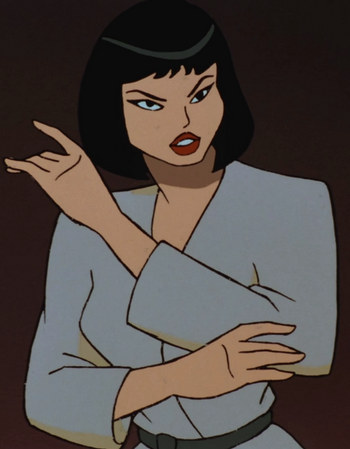 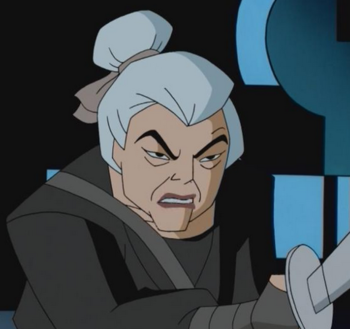 Kairi Tanaga trained under Yoru Sensei and was like a daughter to him. She was kidnapped by Kyodai Ken and was held hostage in exchange for the scroll containing the Oonemuri Touch. She was rescued by Batman and would later move to the U.S. and open up a fish market/dojo, where she would train Terry McGinnis in martial arts. 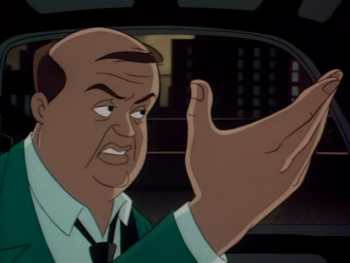 Charles Michael Collins was an accountant who lived in Gotham Estates, a suburb of Gotham City with his wife, Bonnie, and his son, Kenny. He was best known for being an exceptionally ordinary man, until an extraordinary day turned his life upside-down by the Joker. 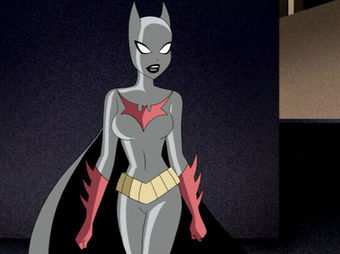 A mysterious vigilante. In spite of appearances, she is not affiliated with the Bat or any of his companions, and she seems to have goals of her own. She is a costumed identity that is actually used by three women who are working together: Kathy Duquesne, Roxanne "Rocky" Ballantine, and Detective Sonia Alcana.

A creature during an accident involving scientist Alec Holland.

Jason Blood was a knight of King Arthur who betrayed Camelot to Morgan le Fay. As punishment, Merlin bound him to the demon Etrigan, granting him immortality, and charged him to oppose Morgan forever after.