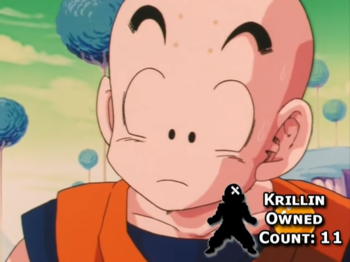 Goku's best friend since childhood, having trained with him as a kid under the tutelage of Master Roshi. A former monk of the Orin Temple with a perverted side to him, Krillin's not really the luckiest of folks out there, but he tries his best to help Goku and co. out whenever he's certain he won't get killed again. Spends his free time training for tournaments and running a gaming show on YouTube.

Krillin: Do you know how many times I've been hit by someone stronger than me since I became an adult? EVERY TIME! Barring Bulma and Chi-Chi, literally every time! 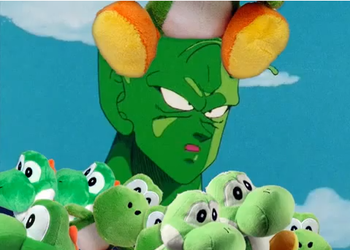 The son of the identically-named demon king, Piccolo initially served as one of Goku's biggest foes, aiming to kill him as vengeance for the death of his father. However, over time Piccolo grows into one of Goku's most valuable allies, albeit begrudgingly at first. Though Piccolo's the Demon Prince, he's actually a Namekian, a sluglike creature from the distant planet Namek. His lifespan is also linked with that of Kami, the creator of the Dragon Balls, meaning that if one dies, so will the other. A stoic and wise fighter with plenty of snark, Piccolo is certainly one of the more unique members of the Z Fighters. 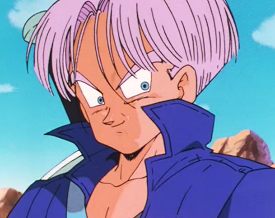 "Wait a second -- have all five of you DIED?!"
Voiced by: Scott "KaiserNeko" Frerichs

The son of Vegeta and Bulma, this version of Trunks comes from a future that was turned into a Fist of the North Star-esque wasteland as a result of Dr. Gero's androids. Being a skilled fighter and the former student of Son Gohan in his own timeline, Trunks does everything he can to help the Z Fighters in their fights against the androids and later Cell, all the while hoping to gain the approval of his estranged father in the present timeline. Often mistaken for a girl due to his pretty face and girly name.