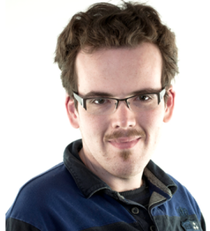 Team Four Star member, former TGWTG reviewer, Brit. You probably know him as Goku/Gohan of Dragon Ball Z Abridged. He is also notable as a voice actor for being able pull to off a very convincing female voice, something he showed off during his time as the one half of Naruto: The Abridged Series, which was the project that got him into voice acting and video making.

is an "internet personality" as much as it is the guise of Lawrence Simpson. He most likely took the name from Goku's Japanese voice actress, Masako Nozawa.

Has a fondness for anime and has abridged several series, including Naruto, Dragon Ball, Kämpfer and Rosario + Vampire. Personally helmed the Kämpfer Abridged project, and played Gruda in a fan dub of Ys IV: The Dawn of Ys.

He's also a Whovian, cosplaying as the Doctor and making the Doctor Who-themed openings for several specials like "YGOTAS: Bonds Beyond Time" and "History of Trunks Abridged".

He also does English covers of several

His various YouTube video series, which were also cross-posted to Channel Awesome before cutting ties, include:

In addition to these videos (and more), he hosts livestreams on his channel, specifically "Bad Fanfiction Live" and the occasional gaming stream.