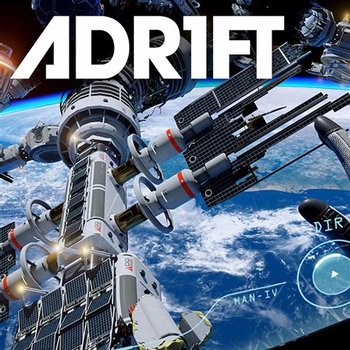 Adr1ft (more commonly simply referred to as Adrift) is a first-person space disaster simulator adventure developed by Three One Zero. In this immersive experience, players take the POV of Commander Alex Oshima, the only survivor on a space station following a catastrophic explosion. Viewing the game through her eyes, players must overcome obstacles such as the weightlessness of space, floating debris from the space station, and a heavily damaged spacesuit that is slowly leaking oxygen - in order to repair the four main computer systems of the station, learn more about the fate of Alex's crew & the events that led up to the disaster, and return to Earth.
Advertisement:

The game was designed to be played in Virtual Reality through VR simulators such a the Oculus Rift, although it can be downloaded and played on ordinary computers as well.