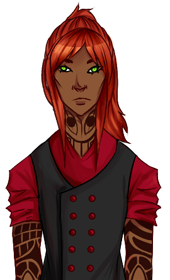 A mortician from a family who have specialised in funeral services for generations. Both he and his sister have presided over funeral services, despite their young age, and he has a reputation for politeness and professionality. He is both murderer and culprit in chapter 5; he kills Shinji, and then winds up dead himself by partial decapitation courtesy of Gorou. 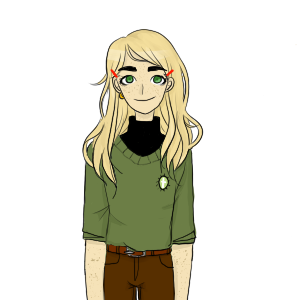 The son of a photographer and a religious woman who grew up in a converted castle, and became interested in the art of swordsmanship after discovering armour and weapons in the castle's basement. He's the victim in chapter 4, dying of cyanide poisoning as part of a suicide pact with Ume. 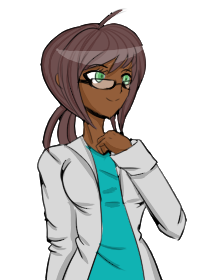 A veterinarian in training who works at her grandmother's clinic, and is hoping to qualify as a fully-trained veterinarian once she comes of age. The second victim of chapter 9, killed by parasympathetic nervous system failure caused by drinking poisonous tea. Chapter 9's trial reveals that she poisoned Eva, but then unintentionally poisoned herself. 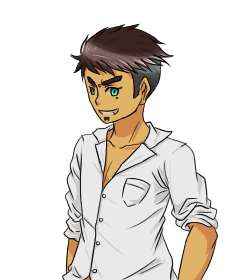 The son of an angler, who grew up on a ship as his father traveled from port to port. Both he and his sister Navy were enrolled at Hope's Peak after their father was killed during a storm and the family fell into poverty. He survives all trials, and chooses to leave Arcadia. 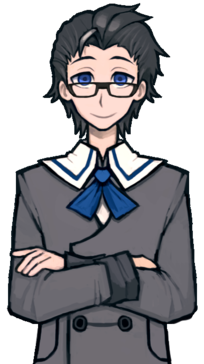 A secretary who works for a talent agency that manages idol groups. He works behind the scenes, and is said to have rescued the business from going under. He is the first victim, poisoned by Lee with black henna dye in chapter 1. 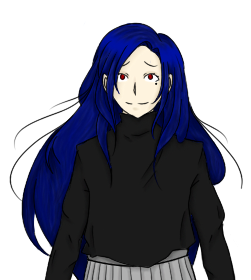 A baker and fortune teller who decided to combine his talents by baking fortune cookies. He is the first student to die, executed by Monobear for defiance. 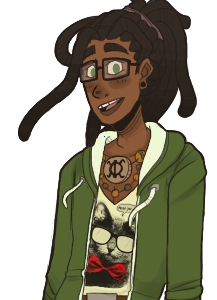 A poet who rose to fame three years ago when he posted videos of himself performing his poems on his video blog. Nicknamed the 'Voice of the Underdog, Elijah writes about personal and social issues in an ironic yet poignant manner. He prefers performing in smaller venues, due to them being more intimate. He is the third victim, stabbed to death in chapter 3 by Fuyuuko. 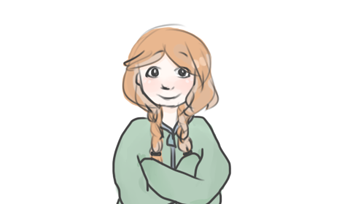 A champion athlete who got into cross-country running as a way to burn off excess energy. Growing up in a small house, Fuyuuko spent most of her childhood out of doors, to her mother's despair. She has competed in several athletic meets, even beating male runners. She is the culprit of chapter 3 and is executed for the murder of Elijah. 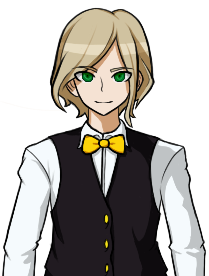 A waiter who started out in his father's restaurant. After the business went bust, Gorou worked in other restaurants, gaining a reputation for friendliness and hospitality, and was discovered by Hope's Peak while working at an Argentinian restaurant in Tokyo. But that's not the full truth: his real talent is Super High-School Level Vigilante. He murders Akira in chapter 5 after the latter murders Shinji, but is never caught. He survives all trials, and chooses to leave Arcadia. 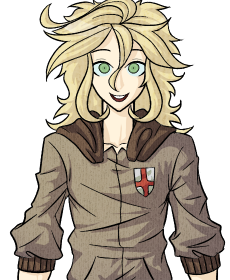 A politician's son who discovered he had a talent for influencing people, using this talent to work as a motivational speaker. Rather than addressing crowds, Hidoiko prefers working on a one-to-one basis. He survives all trials, and chooses to leave Arcadia. 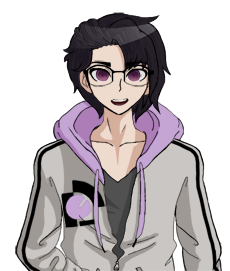 An architect from a family whose traditional profession is carpentry. He survives all trials, and chooses to leave Arcadia. 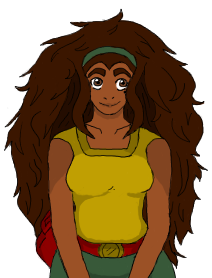 A healer trained by her great-grandmother in apothecary arts, specialising in herbal medicine. Imogen is also interested in aromatherapy and energy healing. She is executed in Chapter 10 for attacking Monobear. 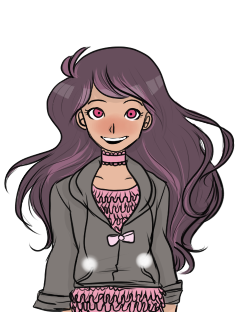 A self-taught Mahjong player and inter-school champion. She is the culprit of chapter 6, and is executed for the murder of Koyomi. 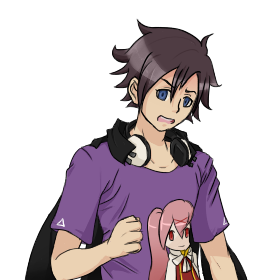 The son of a popular idol, Koyomi fell in love with the world of idols after his mother took him to concerts. He wants to prove that not all wota are disgusting perverts, and has dedicated his life to going to idol concerts, collecting and making merchandise, and practising wotagei

routines. After the merger with the Alpha students, Koyomi is the first victim of Epsilon and the sixth of Omega, poisoned by Koharu in chapter 6.

A henna tattoo artist from a port city. She became interested in the art after meeting a henna tattoo artist on a beach and asking him about his tattoos, and he took her on as an apprentice. She subsequently started her own henna tattoo parlour on the beach. She is the first culprit of Doubt Academy Omega, having confessed to poisoning Daisuke, and is executed. 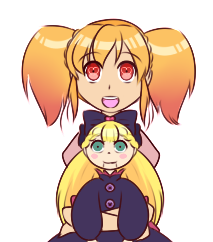 One of several puppeteers in a large performing family who have toured with circuses, Minako got her big break after filling in for her sister, aged six. She has the ability to handle several puppets at once, and this talent gained her attention worldwide. She is the victim of Chapter 10, dead from asphyxiation by cyanide poisoning; it is revealed in the trial that she drank a glass of water that Shun spiked with cyanide. 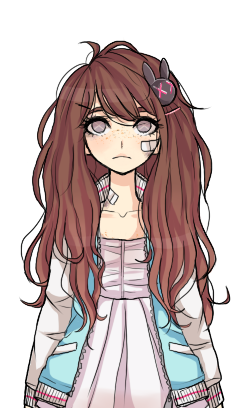 The leader of a gang of female delinquents, attracting followers after gaining a reputation as a troublemaker at high school. Her gang specialise in using toys as weapons. She survives all trials, and chooses to stay behind in Arcadia. 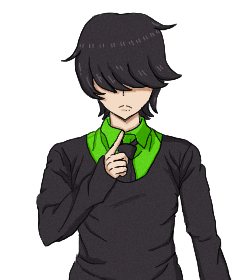 An eccentric and socially awkward young man with a passion for spiders, scorpions and other arthropods. After entering high school, he began conducting research into preventative anti-venoms for spider bites. He survives all trials, and chooses to leave Arcadia. 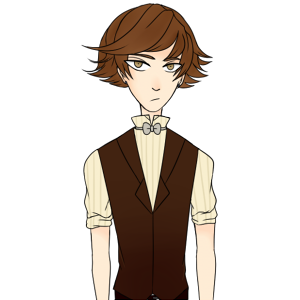 Adopted and raised by a temperamental cellist called Gallio, Nicanor discovered he had a knack for mending instruments due to Gallio constantly breaking his cellos in a fit of temper, and subsequently trained himself in the art of lutherie (making and mending stringed instruments). Hope's Peak Academy commissioned Nicanor to construct several instruments for them, and eventually he enrolled there himself. He is the victim in chapter 8, decapitated by Tamaki.

An expert in cookery, crafting and various other domestic arts, who shared her skills over social media and became famous as a result. She is the victim in chapter 2, stabbed to death by Usoko. 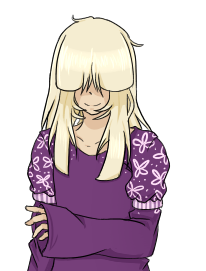 A musician who carries his ocarina everywhere, despite music teachers trying to encourage him to take up a more conventional instrument. He became famous over the internet after his sister uploaded recordings of him playing. He survives all trials, and chooses to stay behind in Arcadia.

A relative unknown who holds the world record for most books sorted alphabetically in under an hour. He is one of two victims in chapter 5, eviscerated by Akira. 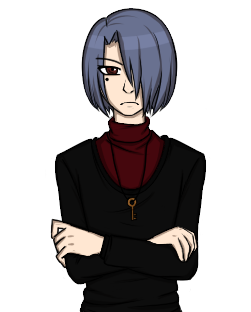 Tamaki Manabe possesses a passion for literature of all types and a love of picking apart everything they read, traits that have served them very well as a literary critic. Their book reviews and critical commentary appear regularly in some of the most widely-read publications in Japan, and their word is respected enough to noticeably affect the sales figures of the works they have reviewed. They are the culprit of chapter 8, and are executed for the murder of Nicanor. 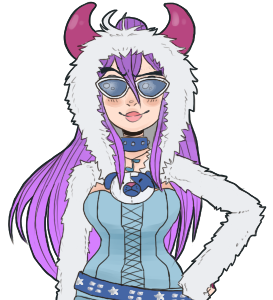 An electronic musician, DJ and producer who began making her own music due to being too young to get into clubs, and has headlined gigs all over Japan. She and Alphonse make a suicide pact in chapter 4; however, she survives, as Alphonse switches the poison she was going to drink for water. Unfortunately for Ume, she is sentenced to death for the murder of Alphonse and executed. 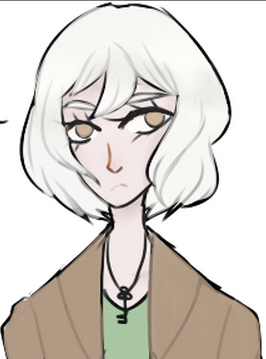 An enigmatic psychologist who has aided the police in tracking down potential suspects, and relies on her own intuition, rather than training. She is the second culprit; she confesses to killing Riko in chapter 2 and is executed. 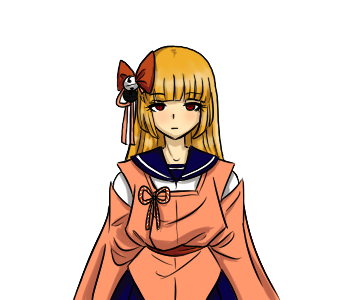 A traditional exorcist (onmyouji) and mystic who claims to be skilled in the arts of divination and purification. Wakana has made several appearances on television to discuss the art of onmyou, hoping to kickstart a revival. She is revealed to be Omega's Mastermind and is executed after chapter 10.

The traitor behind the Game of Mutual Killing: Wakana Fujiwara. Abandoned by her parents and left to fend for herself on the streets, she joined Doctrina Artifice, but she grew disillusioned with their ideals and became a part of the Collective. After the ending of Doubt Academy 2, she worked with Yuuto to take down both groups, attempting to destroy the sin in the world and lead it to a pure rebirth.