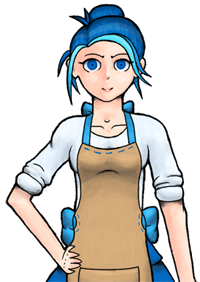 Adeline is an energetic girl who became well-known after the sculptures collecting in her mother's backyard began to attract the attention of art collectors. When confronted by Yukiko, Addy admitted to having killed Shinya in what she believed to be self-defense. She later becomes the chapter 5 murder victim, killed by blood loss from a slashed throat. 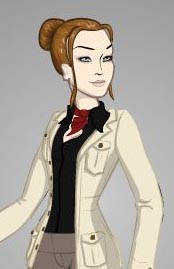 Born out of wedlock, Arisa grew up in the city slums. Excelling in her studies led to her parentage being made known and getting moved to Japan on the government's time, where she works with the World Health Organization. Her current project is the Disease Hybridization Forecast and Impact Committee. Responsible for murdering Mimi, and was correctly pinned as the culprit during the sixth trial. 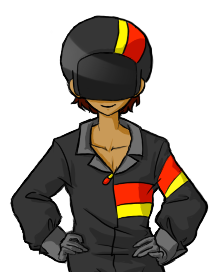 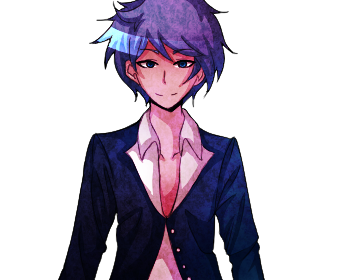 Eiji always loved to be the center of attention from childhood. He hosted his own extremely popular show, called "The Eiji O Show!" before quitting, desiring a normal school life. Instead, he was invited to Hope's Peak Academy. Survives to endgame. 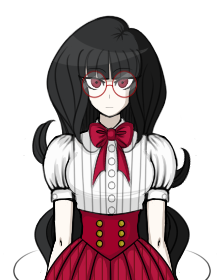 The food snob to lead all food snobs, Fumiko adores all things food. She is feared all over the world by those in the culinary world, as a review from her is the ultimate authority. She's the first culprit; she murders Koemi, but the students manage to correctly figure out it was her. 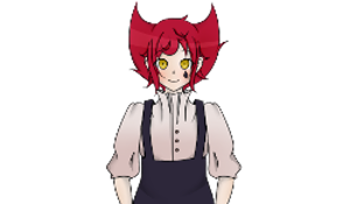 Hidehisa accidentally discovered his talent for the trapeze while playing at his parent's circus, Mallum's Wonder Emporium. Though he dreamed of being an Olympic gymnast, He began working at his parents instead. The tenth victim of Doubt Academy White, killed by impalement with a pickaxe. 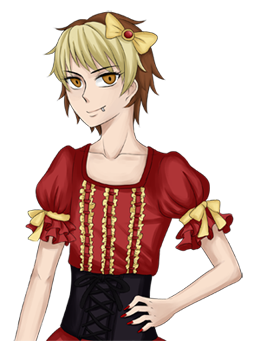 He became famous for his looks and great fashion sense. His public persona is rather elegant and refined, but in reality Himeji is a vulgar and loud-mouthed egotist. Deep down though, he can be a good person. Deep, deep down. Is killed during a failed attempt to escape the park along with Yoon-ji.—- 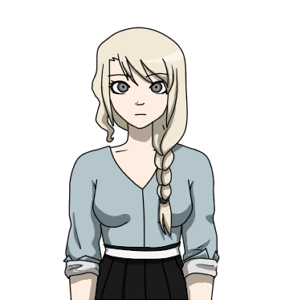 Born into a family of body modifiers, Hisae obtained her license at the young age of 14. Many people seek her out to do their piercings, if only to say that they got a piercing from her. Survives to endgame. 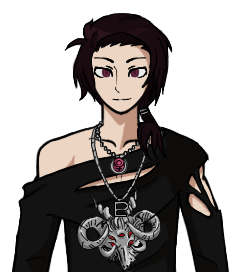 The youngest member of the eight-member idol group 'PLAN8'. Don't let his fresh face fool you, though; his quick feet, sharp tongue, and incredible passion make him one of the greatest male idols in the industry. The eighth victim of Doubt Academy White, killed by epinephrine-induced heart failure. 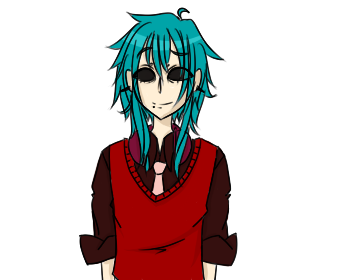 Mostly doing Role playing Games and Visual Novels, Jun excels in storytelling more than technical gameplay, though he does create games for all genres. Despite being gifted with words, he often comes across as shy and not very talkative. After the second trial ends with a mistrial over a mistaken suicide, Monobear declares he'll act out the motive and randomly cripple one of the students for life. Jun's the one chosen, and has his eyes gouged out. In chapter 7, Jun confesses to Jaejin's murder, but is exonerated due to someone else winning more votes than him, winning Monobear's "immunity" motive. Survives to endgame. 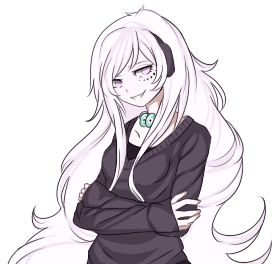 Gifted with supernatural sensitivities from birth, Kanon has gained both positive and negative attention for her ability to commune with the dead. Technically responsible for Kyo's murder — or rather, the spirit Yuu Hideyoshi killed him while possessing her. Her classmates pinned it on her. 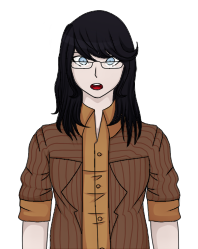 A rather intrepid journalist, Katsuya will do anything to get his story, even going so far as meddling into government affairs to gain evidence. He's revealed to be the Mastermind. 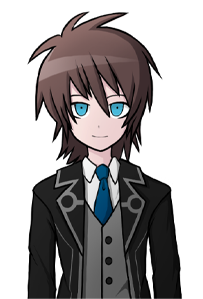 A gifted number cruncher. When his father realized this, he forced his son to apply himself harder in school; this backfired, the tests and stress becoming far too much for him. Poker and trading card games became an escape, the only thing he did outside of studying. Though he sees it as a 'worthless hobby', he was accepted into Hope's Peak for his skills, much to his shock. The seventh victim of Doubt Academy White, killed by cyanide-induced hisotoxic hypoxia. 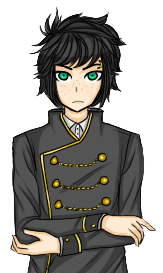 The son of a minister, he studies many different religions and many of their different customs to the point of perfection. At the age of 12, he mastered meditation and claimed to have reached Enlightenment, and ever since has had an air of omniscience and gives spiritual advice to those who ask. Survives to endgame. 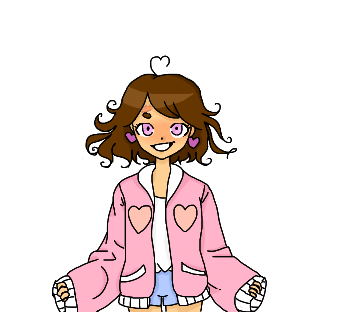 Though coming from a very serious family, Koemi learned the art of telling the best horrible jokes from her neighbor, along with some other tricks. She's the chapter 1 murder victim, dying from blood loss caused by a slashed throat. 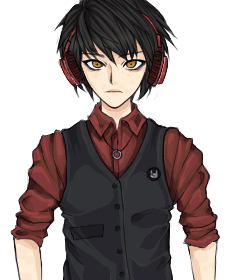 He came from a long line of renowned classical musicians and was classically trained since he was in diapers. Despite this, he gravitated toward metal music and was disowned by his family for betraying the classical ways. He proved himself by quickly becoming a highly successful musician, acquiring a large fanbase in Japan and steadily gaining listeners overseas. He's the chapter 3 murder victim, killed by blood loss caused by multiple stab wounds. 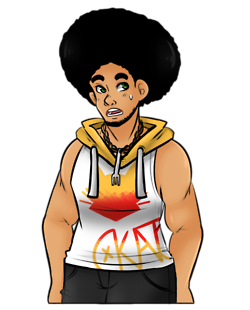 Known as the "Golden Boy of Coney Island", Larry is an American raised in New York, who began to tour the world once he became famous. As a result his grades dropped, and taking the opportunity to enroll in a Japanese school while he was there on tour, Larry became eligible for acceptance into Hope's Peak. Responsible for murdering Mitsuko, and was correctly pinned as the culprit during the eighth trial. 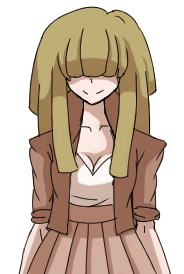 A narcissistic party animal who was desperate to escape from her controlling parents. As a child, she constantly feared her punishment-happy family, but managed to escape them in middle school when she was recruited by a Korean music company that relocated her to Japan. Is killed during a failed attempt to escape the park along with Himeji. 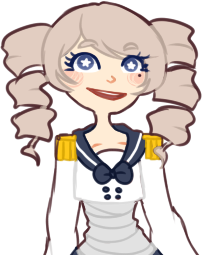 The star of her winter guard team, this energetic and eccentric young lady always wore a mask while performing, hiding her true appearance. Before entering Hope's Peak Academy, she gave one final performance wherein she removed this, revealing her face to the public for the first time. Turns out to be the culprit in Chapter 5, having killed Adeline. 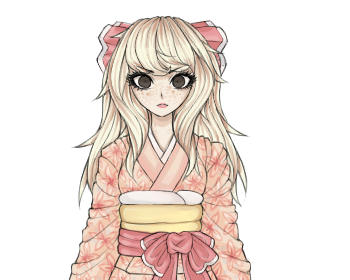 Vain and haughty, Mimi was born into a very traditional Japanese family, who instilled proper views into their child from a young age. Despite her mother's wishes for her to become a maiko, Mimi insisted on working with her father, despite the fact that it was frowned upon for a woman to work in the kitchen. The sixth victim of the mutual killing game, killed by asphyxiation. 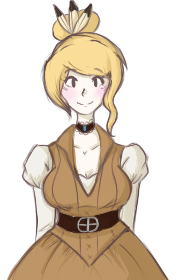 A polite and charming young lady who prefers to keep herself out of the public eye. She was born into a highly prestigious family, and her works have become well known around the country, although her name has not. The ninth victim of Doubt Academy White, killed by asphyxiation. 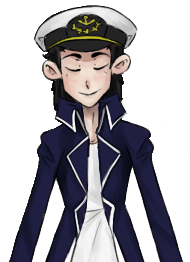 An enthusiast who claims to be able to see everything about a person in the stars, simply by knowing their birthday. He is often mistaken for some kind of cult leader. Survives to endgame. 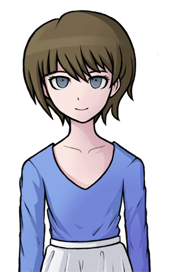 Renée was introduced to ballet at a young age due to her mother, a world-famous ballerina. When her mother retired due to injury, Renée quickly proved herself even more skilled and she had been. She generally performs solo, without a company. She's the chapter 4 murder victim, killed by evisceration. 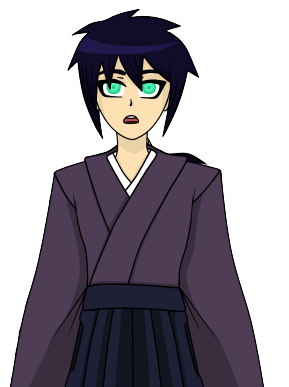 She gained her samurai skills in her family's dojo at a very young age. Her tomboyish, rough-and-tumble attitude is hidden by her family's strictly traditional etiquette. She feels pressured to succeed so she can meet her family's expectations and not be overshadowed by her two successful older siblings. Tragically, she was falsely convicted of Renee's murder. 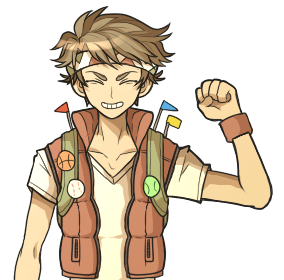 Growing up watching his father love soccer, he eventually encouraged him to try out for a team. Though his dad wasn't very good at first, his son supported and encouraged him to keep trying, and he's become a world-famous player who credits Ryosuke's unwavering support for everything. Survives to endgame. 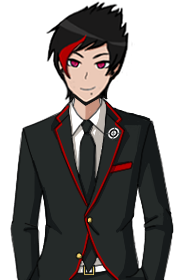 Born into a life of organized crime, Shinya was a young prodigy within his family until an accident convinced him to quit and pursue a more respectable life style. He's the chapter 2 murder victim; someone slices him and he dies from loss of blood. In a private conversation with Yukiko, Adeline reveals that she was the one who killed him. 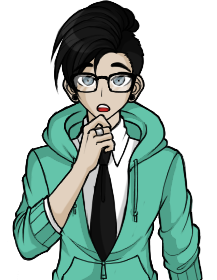 Hiro has traveled all around Southeast Asia, perfecting different styles of dance. He deals primarily with idol and pop groups, and is best known for his hip-hop group BULL3T, which gained popularity on the internet. He's easygoing and optimistic, as well as flirtatious and slightly narcissistic. Physically assaults Monobear after his takeover and is killed as a result. 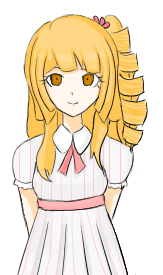 Despite being born into a family of actors and actresses, Tomiko proved to be rather camera-shy, and so chose to pursue voice-acting instead, and has had a prolific career. Despite her calm demeanor, Tomiko has been quite sheltered for most of her life. In chapter 8, she gets herself executed in Larry's place for reasons that are not revealed... in vain, because afterwards Monobear executes Larry anyway.

Tomoe started her career by improving her late father's formulas, but soon started forging her own paths and becoming famous in her own right. While her father's work in environmental science started her in the field, she chose the path of a chemist instead. Responsible for murdering Hidehisa, and was correctly pinned as the culprit during the ninth trial. 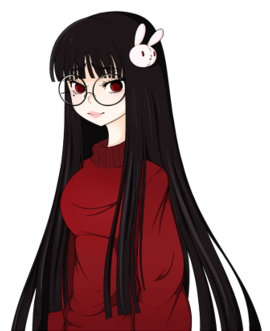 Yukiko's manga career started after winning a contest in a popular magazine. Her family then reluctantly agreed to allow her to write manga, provided that she used an alias. Antisocial and stone-faced, Yukiko comes off much harsher than she actually is. Following Jun's blinding/punishment, Yukiko cuts out one of her own eyes. She is responsible for murdering Renée but escaped execution after Ritsuka was voted for in her place. She later murders Kazuya Hirayama and is correctly pinned as the culprit during the seventh trial. Unfortunately, she was also falsely accused of being the Mastermind during the same trial, and their first vote was spent only to prove her innocence.

The traitor responsible for Monobear's Deadly Game, aka Katsuya Matsushita. Member of the Doctrina Artifice, a group opposing The Collective — the group responsible for sending them all to Bright Side in the first place.