A Hero Is Born 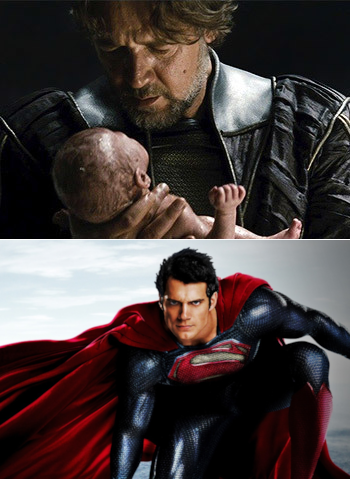 "Now the birth of Jesus Christ took place in this way. When his mother Mary had been betrothed to Joseph, before they came together she was found to be with child from the Holy Spirit."
— Matthew 1:18, The Bible
Advertisement:

What better way to introduce the protagonist of the story than start at their birth? This device is used to have the audience fall in love with the character, because who can't love a baby? A protagonist may be conceived and born in extraordinary or even supernatural circumstances which portend that they will grow up to be a hero. A lot of expectation may be placed on them from birth depending on if their parents are royalty needing an heir or suchlike. On the other hand, they may be born to poor parents or a mother abandoned by her partner, indicating that their early years will be full of hardship.

Please sort if you know which type these examples are:

The introduction of Bambi, the new forest prince.

The introduction of Bambi, the new forest prince.