Film / Son-Rise: A Miracle of Love 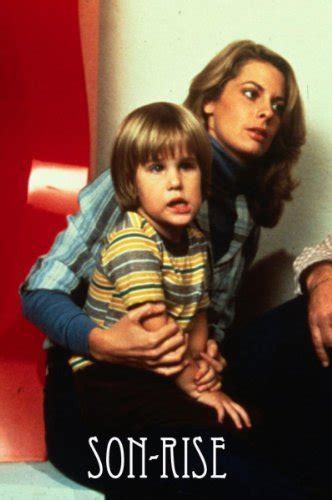 Son-Rise: A Miracle of Love is a TV docudrama directed by Glenn Jordan that aired on NBC on May 14, 1979. It was adapted from the nonfiction book Son-Rise by Barry Neil Kaufman.
Advertisement:

Barry and Suzie Kaufman (James Farentino and Kathryn Herrold) are the loving parents of two young daughters, Bryn (Shelby Balik) and Thea (Melissa Francis), and their infant son Raun (Michael and Casey Adams). But Raun is fussy and constantly sick, and as he grows, his parents become concerned by his unresponsive behavior. After Raun is diagnosed with infantile autism, Barry and Suzie invent their own treatment plan that involves working with him for 75 hours a week, mimicking his behavior in an effort to make him feel accepted and coax him out of his shell.

Son-Rise: A Miracle of Love contains examples of: