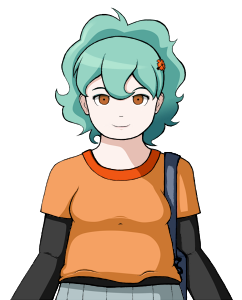 An artist with a particular talent for drawing scenery, who started off doing artwork for online projects for free, and got her big break after doing the illustrations for a visual novel called Forest Class. Since then, she has gone on to illustrate several other visual novels. The first victim of Doubt Academy Alpha, accidentally killed by Emiko. 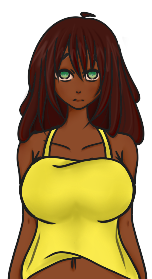 A Brazilian miner, the daughter of a mining company foreman and a singer. Despite the influence of her mother’s career, Beatriz showed a talent more for the arduous physical labor of her father’s career than the fanciful and choreographed nature of her mother’s. Having managed to dig out a diamond vein long thought to be hopeless at the young age of 13, Beatriz cemented her name in the world of deepground mining early in her career, and has been going strong ever since. She is the sixth victim of Doubt Academy Alpha, shot in the chest by Dante. 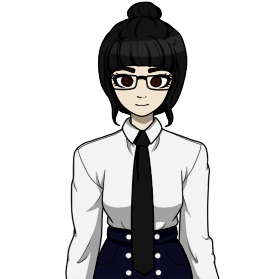 Born to a prominent Japanese botanist and an American field biologist, Chie was expected to take to the sciences growing up. She enjoyed the subject, but upon closer inspection of both terminology and her parents’ studies, she found herself more interested in the Latin terminology than she was with the materials she was looking at. Enrolling quickly in the Latin classes available at her school, she devoted herself to learning just exactly how Latin has influenced the English language – it fought with Japanese for her first language, after all. She returned to Japan from her extended stay on the west coast of America at age 13, and after orchestrating a successful event in Tokyo for an English teacher at an international school, she found herself in possession of an invitation from Hope’s Peak Academy. She kills Kaoru in Chapter 9, confesses, and is executed.

A musical theatre actress who has appeared in more than 20 Broadway productions, and performed all over the world. She started small by attending a talent seeking venue. There, her current employers, the ‘Black Rose Troupe’ sought her for their own because of her quirky nature in her performances. She survives all trials, and chooses to stay behind in Arcadia. 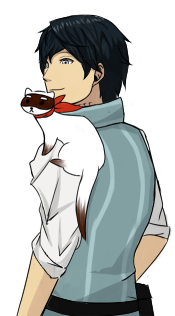 An actor/larcenist from Europe who worked as an assistant to another performer (revealed to be Eva). He also performs under the name of Hades. He is the culprit in chapter 5, having murdered both Orikus and Beatriz, and is executed. 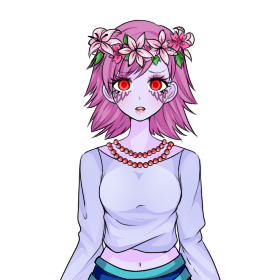 A troubled young figure skater whose talent was discovered when she was aged 5, during a casting call for a yogurt advert. She has performed with over sixty male partners, and has a reputation for creating a different character for every performance. Before entering Hope's Peak, she was training for the Winter Olympics. She is the culprit of chapter 1, having accidentally murdered Ayako, and later becomes a murder victim herself in chapter 3. 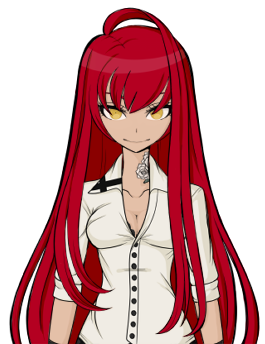 A Spanish street performer, also known as Persephone, who rose to fame in her native Barcelona after being featured on a TV show about street entertainment. After travelling the world for several years with her assistant (Dante), she settled in Japan. She is the first victim of chapter 9, killed by being drowned. 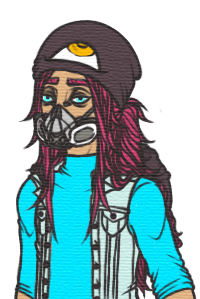 An enigmatic graffiti artist, said to have been trained in the ways of traditional Japanese art by tattoo artists, before taking his art to the streets and tagging everything from trains to skyscrapers. He survives all trials. 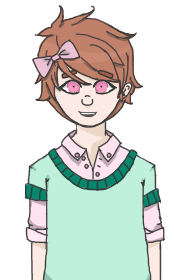 A curious, enthusiastic young book lover who gained a reputation as an editor of potential bestsellers (see below). She has a love of language and an ability to identify the 'voice' of any character. She survives all the trials.

A cheerful young man with an enthusiasm for wild birds, their nests and, in particular, their eggs. He enrolled in Hope's Peak Academy due to 'legal issues surrounding birds' eggs'. He is the third victim of chapter 9, killed by a cranial fracture, courtesy of Chie. 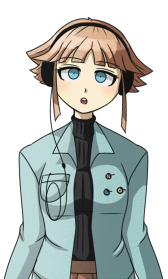 A Vocaloid producer and musician who goes by the name of Sunless-P, and has made several albums of varying genres. She was discovered by Hope's Peak during a live hologram concert featuring her songs. She is the culprit of chapter 7, having murdered Nanoka, and is executed. 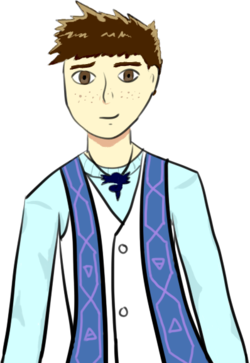 A Tarot Card reader who got into the art through a culture festival. He sees himself as a counselor, rather than an oracle or a fortune teller. He survives all trials, and chooses to stay behind in Arcadia. 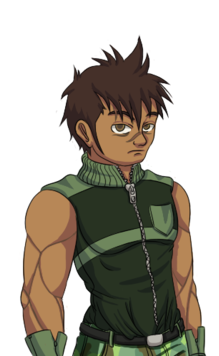 The son of a famous hematologist, currently following in his father's footsteps and specialising in leukemia research. Clinics in Japan and Spain have taken an interest in employing him once he is of age. He survives all trials, and decides to leave. It was revealed in the dead blog that he was responsible for murdering Emiko Shiromura. 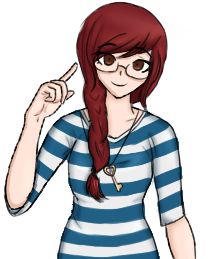 After going through mandated sex education in public school, Mistu found herself entering into puberty displeased with the information she’d been given. This prompted her to begin researching on her own, and she discovered a large amount of information that seemed to be common knowledge in other parts of the world. Mitsu began an advice and discussion blog/forum concerning sexuality, safer sex, and contraception focused towards her high school peers. Currently being translated with the assistance of several other blogs, Mitsu’s blog and advice has become a worldwide gathering of discussion for the realm of safer sex for young adults 16 to 24. She confesses to Takumi's murder, but this confession turns out to be false. However, it doesn't save her from being executed. 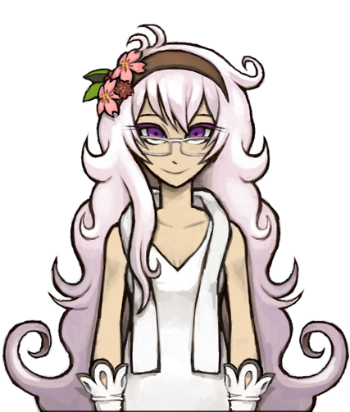 A musician who started on the piano before progressing to string instruments, including the koto (a Japanese zither-like instrument). She has composed several songs and inspired thousands of fans to take up the koto. She is the victim of chapter 7, shot in the head by Kikuyo. 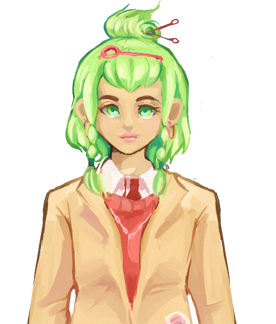 The daughter of an acupuncturist, who learned through observation and is hoping to inherit her father's practice. She survives all trials. She assisted Shay with the murder of Takumi in Chapter 4, but neither she nor Shay were caught. 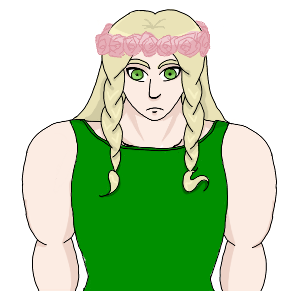 A gardener from a family of carpenters, who loves flowers and beautiful things, and bred hybrids of various flowers whilst in high school. They are the fifth victim, shot in the back by Dante in chapter 5. 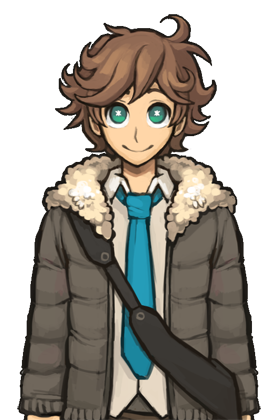 Starting off as a photographer, Ryota dabbled in film-making at the age of 12, and has worked on several projects since, from high-budget movies to indie films. He is the second victim, killed by Yuu in chapter 2. 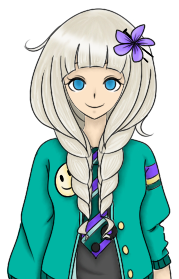 A bartender who works in her mother's bar, and has a talent for mixing cocktails. She is executed by Monobear for defiance, by being thrown into the labyrinth and crushed with rocks.—- 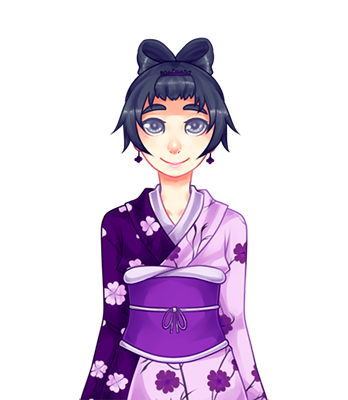 A geisha skilled in the arts of conversation, traditional dance, the tea ceremony and the shamisen. She is often hired to perform at corporate and political events, and is deemed to be 'one of Japan's most precious jewels'. She survives all trials, and decides to stay behind in Arcadia. 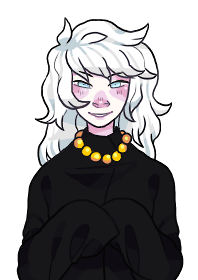 The current leader of a cult known as the Heaven's Touch Spiritual Health Organisation, who moved up the ranks due to his ability to captivate an audience. Billed as a 'stress-free way to reach new horizons', the cult has gained followers all over the world. Sayuri broadcasts lessons and exercises almost daily through web streams, and makes public appearances all across the world to spread the group's lessons himself. He survives all trials. 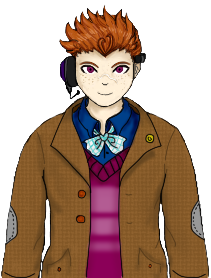 A cheerful half-Irish boy with a gift for persuasion, Shay first appeared on screen at the age of twelve after some joke footage of him talking about a new product was shown during a late-night broadcast instead of the infomercial itself. Although his Japanese at the time was rough at best, his enthusiasm and antics around the studio quickly endeared him to a rapidly growing audience. In spite of the hour, the mistake went viral, bringing calls rolling in not even partway through the program and continuing to flood in well into the afternoon the following day. Since then, he has appeared in several adverts. He survives all trials, and decides to stay in Arcadia. It is revealed after the game that he killed Takumi, and was relieved that Mitsu took the fall for him, and that both she and Takumi were revived as it was a weight off his conscience. 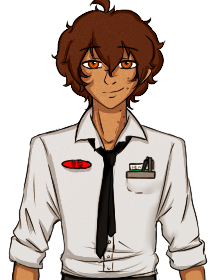 A waiter who worked as a busboy in his uncle's restaurant, gaining a reputation for excellent service and rapport with customers. It was thanks to him that the restaurant was awarded a five-star rating by a visiting food critic. He is Chapter 10's murderer. He confesses to poisoning Minako. 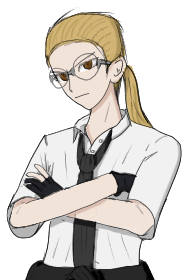 The son of a policeman, who discovered an affinity for assembling and disassembling firearms while visiting a family friend in America. He is the victim of chapter 4, killed by Shay and Naori, via internal injuries caused by stage equipment. 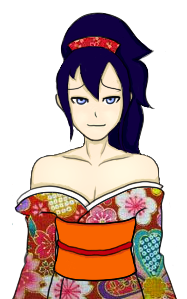 An onnagata (a male actor who plays women's roles) from a long line of kabuki actors. He is the second culprit, having killed Ryota in chapter 2, confesses to the murder, and is executed. 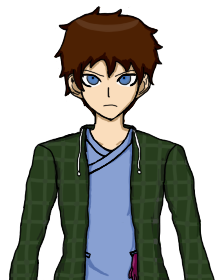 Yuuto Ikeda became one of the youngest EMTs to work at a major hospital after displaying remarkable bravery and aptitude during a crisis in which another paramedic was injured while on the job. Showing no hesitation, he took the wheel of the ambulance and successfully saved both the patient and the paramedic. Making a name for himself as a bit of a local hero, he continued to give nothing but his absolute best effort while on the job, gaining the respect of his teammates as well. Born into a family of doctors, Yuuto was surrounded by pressure to enter a field of medicine since he was very young. Glad that he had finally found a profession he excelled at and made his family proud, he’s eager to take his title as far as it will carry him, determined to save as many lives as he can along the way. He is executed in chapter 1 after being wrongly convicted of Ayako's murder. He is later revealed to be Gaia's mastermind.

The traitor behind the Game of Mutual Killing: Yuuto Ikeda. He was one of the students who worked for the Collective. After the ending of Doubt Academy 2, he worked with Wakana to take down both it and Doctrina Artifice, attempting to destroy the sin in the world and lead it to a pure rebirth. During endgame, the humanoid robot body of Monobear takes on Yuuto's personality from right before his death.