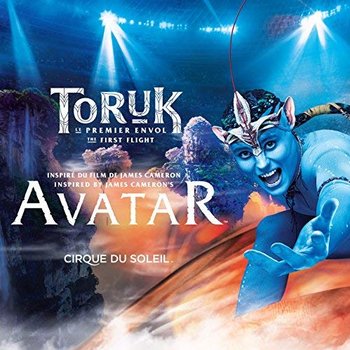 Millennia before humans came to the moon of Pandora and made contact with the Na'vi, the shaman of the Omaticaya clan foresaw an apocalyptic catastrophe — an impending volcanic eruption that would engulf the Tree of Souls. Two brothers from this clan, Ralu and Entu, soon learned via communion with their ancestors that there was yet hope for both the Tree and the Na'vi. By collecting five talismans of five particular tribes, a brave, pure-hearted Na'vi would be able to win the favor of and ride one of the Toruk — the great winged beasts that, up until then, the Na'vi knew only as predators. As it happened, Ralu already had one of those talismans, having recently and successfully gone through a coming-of-age initiation ritual. But of course, the brothers' gathering the other four talismans and from there approaching the Toruk would be no easy task, for the varied clans were all distrustful rivals...

The world premiere staging of this Spectacle in Montreal was filmed and is available on DVD.