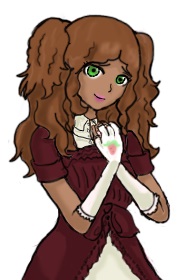 Learned a wide variety of craft-related skills from her parents, who are both dedicated cosplayers. Her talents are so well developed that she's been commissioned by people all over the world to make them original pieces. Though she tries to keep a positive attitude, she simply can't stand bullies, and has a bit of a hero complex. She's one of the four survivors of the killing game. 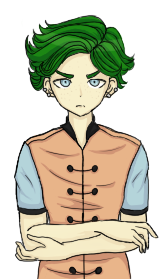 The middle child of five, Ryo is highly determined to prove that they're the best knitter in the whole world, not 'merely' a SHSL talent. Entered and won a knitting competition at the age of five, and have pushed to excel ever since. Deliberately obfuscates their gender, keeping it a closely guarded secret. Commits the fourth murder and is found out at the resulting trial, leading to their execution. 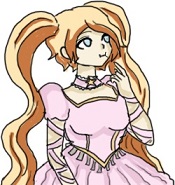 AKA 'Rainbow Rose', an original Magical Girl character she invented and cosplays as. She frequently switches between her identities just for fun, and runs a live action web show based off her character. Obviously, she doesn't actually have any magical powers, but got into Hope's Peak based off her popularity anyway. She's one of the four survivors of the killing game. 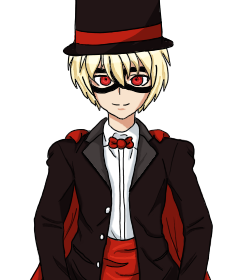 A well known magician despite his youth, Seiichi has performed in venues all across Japan. While he acts brazenly confident on stage, he's rather easily flustered. Has a fine eye for detail and excels at slight of hand. Also suffers from a bit of a paranoid streak due to his line of work. Upon being accused of the fifth murder, he snaps and reveals he was also responsible for Kuu's death, leading to his conviction. 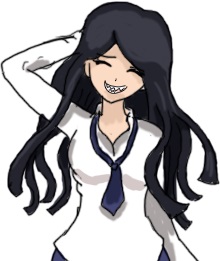 A girl who started skating as soon as she could walk, and was playing hockey just a year later. Having been showered with praise her whole life, she developed into a pretty narcissistic person who doesn't take criticism well. Believes that she's talented at a wide range of other sports, but that's all in her head. Very loyal to her few friends. She becomes a strong suspect during the first trial and ends up being the first of many executed innocents in the series.

An inventor who's been tinkering with gadgets and gears ever since he was a small child. Always trying to improve his skills despite already being recognized as one of the best around. Great at putting together simplistic robots quickly — the more complicated the design, the longer it takes, understandably. The fifth victim of the mutual killing game, courtesy of a drill applied directly to the forehead. 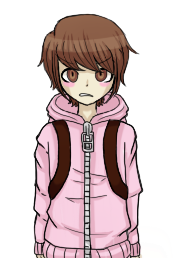 A young man with an excellent palette, Hisoka focuses mainly on his beloved sweets. Heads up a show where confectioners from around the world cook for him, with the last one standing winning a prize. His only real problem — aside from his terrible attitude — is that for some reason, he looks much younger than he actually is. The fourth victim, killed by being stabbed in the neck.

A highly analytical young man who has worked for various governments under a number of pseudonyms. Out of a logical concern of others learning his true identity, he tends to be reclusive, despite actually liking people. Can wind up overanalyzing situations if he's not careful. The second victim of the mutual killing game, drowned in the fountain. Thanks to the nature of ghosts in Doubt Academy, however, this doesn't end his influence on the game.

Admirer of all things avian, Suzaku's bursting with knowledge about all different species and types of birds. Has written many articles about their behavior that have been published in various magazines, and headed up a large bird-watching club at her junior high. Carries a birdcage holding her canary Kuupu with her wherever she goes. She's one of the four survivors of the killing game. 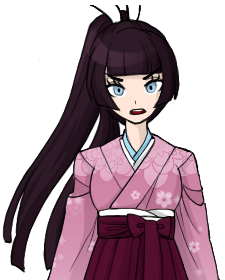 Began practicing kyudo at a young age, soon surpassing even some of the oldest archers at her family's dojo. Has won several competitions and is well known for her grace, elegance and technique. However, she also has a tendency to strike others as highly proud and arrogant, and does not take it well whenever her image is tarnished. Is the sixth victim, killed by impalement onto a Candlestick in the Cathedral.

An inventor who's created a wide range of gadgets, from low cost water purifiers to weapons of mass destruction. Most of her wares are sold to major companies or private buyers. Due to being in such high demand, she sees herself as better than most, though she hides this with a veil of false humility. It's only 'tinkering', after all. The very first victim of the mutual killing game. Still, one of her last inventions enables the living to communicate with the dead around the fountain. 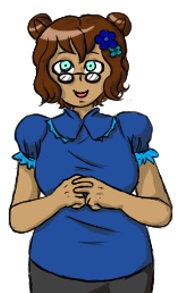 As the oldest of seven children, Nanase has always been caring for her siblings while her parents worked. This led to her running a small daycare out of their home, followed by a child-care blog which quickly became popular. She is now regarded as an expert on child care, and has become sponsored by several fairly well-known brands of diapers, baby food, and so on. Responsible for murdering Misaki and is secretly the Mastermind. 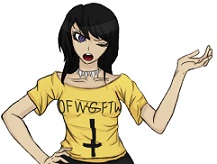 Known around the world for her scientific discoveries and creating new methods of transportation, such as her transportalizer. Has won multiple awards, including the Einstein Prize, the ASA Gold Medal, and the Sakurai Prize. However, she doesn't act or look like what one would expect of such a celebrated physicist, due to her love of pop culture and art. She is falsely accused of being the third culprit despite her innocence and is executed during the third trial. 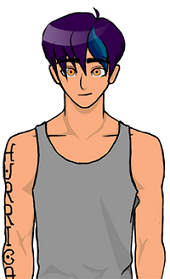 Known worldwide for his competitive eating, having claimed numerous records. The latest was his victory in the New York Chili Dog Eating contest, where he ate 60 hot dogs in 11 minutes. Also is the current record holder for being the youngest to eat the most Twinkies in a minute for the "Save the Twinkies" campaign. Murdered Tama in a fit of rage, but unintentionally escaped execution when Akari is lynched instead. This haunts him until his own demise as the third victim, leading to another innocent student's death.

Ever since she was little, Shibusa has been fascinated with the human mind. Started her career as a clinical psychologist before branching out to forensic psychology. Despite her studies, she struggles with social situations due to her tendency to overanalyse others. She's one of the four survivors of the killing game. 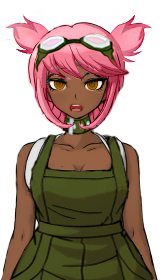 Raised by an extremely strict military family, Saiko was fully expected to carry on the family tradition, and groomed for it with the highest level combat training and discipline. However, she never was all that good at taking orders, and preferred the freedom of flight. This went over about as well as one would expect, SHSL talent aside. Became the second murderer by killing Jack, but confessed her crime in order to protect her friends from taking the fall for her.

The student responsible for everyone's suffering: Nanase Otakita. Helped set up everything as part of the DA Project: a special research project conducted to access how gifted students fared in both harmonious and stressful environments. Their original student lives were the 'peaceful' part; the mutual killing game served as a major stressor. Though caught at the end of the sixth trial and executed, she's satisfied with the results.

The current headmaster of Hope's Peak Academy. Assisted with the Developmental Analysis Program.