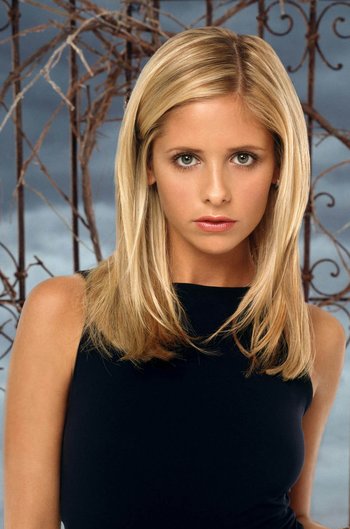 "If the apocalypse comes, beep me."

The Slayer, main heroine, and unofficial leader of the Scoobies (when not fighting with Giles and Faith for control). Barbie with a kung-fu grip. Started out as a reluctant heroine, but grew to accept her destiny. For much of the show's run, she was the only really combat-capable character. Died twice.