List of major, recurring and minor characters from Seinfeld. 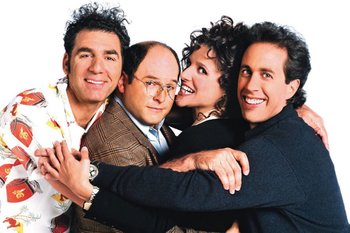 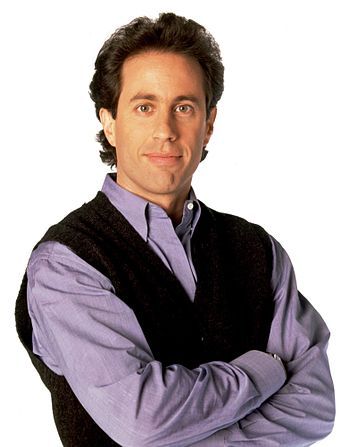 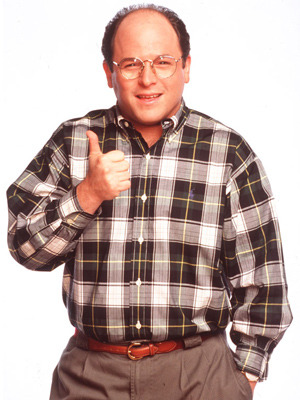 Only I could fail at failing.
Elaine Benes 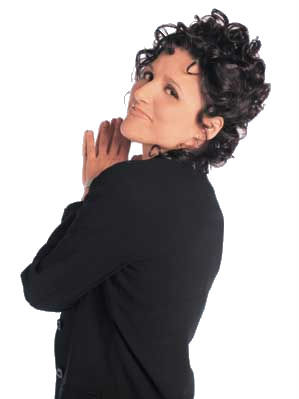 So what you are saying is, 90 to 95 percent of the human population is undateable.
Cosmo Kramer 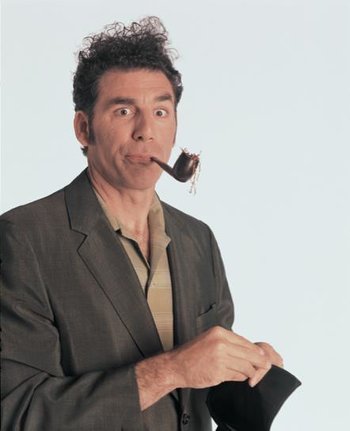 Jerry: You're crazy.
Kramer: Am I? Or am I so sane that you just blew your mind?

The cashier at Monk's Café. She was the secondary character with the most appearances (101 - after her comes Newman, with only 48). 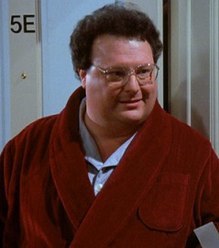 Hello Jerry. I have a hair in my tongue. You know how much I hate that. Of course you do, because you put it there.
J. Peterman 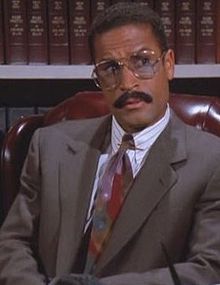 You get me one coffee drinker on that jury, you're gonna walk outta there a rich man.

An Ambulance Chaser who has the misfortune to be Kramer's go-to lawyer, attorney, and counsel.

Jerry: Have you seen his act? He's got a twelve-minute bit about Ovaltine.
Sue Ellen Mischke

Elaine: Come on, Sue Ellen. You don't wear a bra, you're tall.. we hate each other!
Justin Pitt

An executive at Doubleday Publishing, whom Elaine works as an assistant for during Season 6.
Mickey Abbott

A dwarf actor and a friend of Kramer's
Morty Seinfeld

You just cost yourself a soup!
Alton Benes

A published author who is the father of Elaine.

You think this is all a big joke, don't you?
Donald "Bubble Boy" Sanger

HEY, MA! WHAT THE HELL DO I GOTTA DO TO GET SOME FOOD AROUND HERE?!? I'M STARVING, AND IF IT'S PEANUT BUTTER, I'M GONNA SHOVE IT YOUR FACE!!
Babu Bhatt