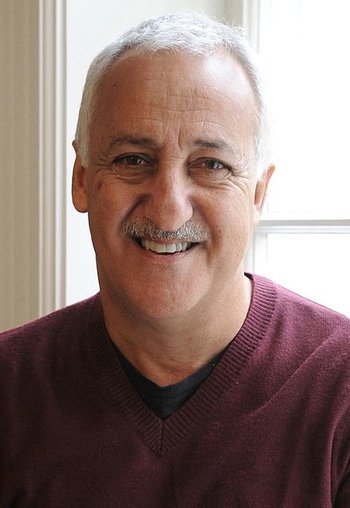 Brian George (born 1 July 1952 in Jerusalem, Israel) is an Israeli-English character actor. He is perhaps most recognizable to American audiences as Babu Bhatt on Seinfeld and Dr. V.M. Koothrappali on The Big Bang Theory. His other television credits include roles on Quantum Leap, Coach, Weird Science, Star Trek: Deep Space Nine, The Secret Life of the American Teenager, Once Upon a Time in Wonderland and The Expanse. His film career consists mostly of small roles in comedies such as Robin Hood: Men in Tights, Austin Powers: International Man of Mystery and Inspector Gadget. He is also a prolific voice actor and can be heard on Avatar: The Last Airbender, Star Wars: The Clone Wars, Phineas and Ferb and Green Lantern: The Animated Series, amongst others.