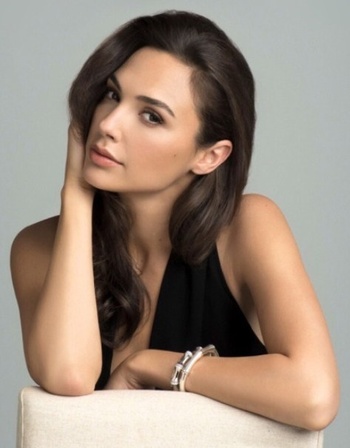 Before she shifted to acting, she represented the country in the 2004 Miss Universe pageant, and served in the Israel Defense Forces for two years. Her first acting credits date back to the Israeli soap opera Bubot with the role of Miriam "Merry" Elkayam. In 2009, she made her big screen debut as Gisele Yashar in Fast & Furious, the fourth installment of the action film franchise The Fast and the Furious.

The role that marked her big break into stardom and the one she is best known for nowadays is the DC Comics superheroine Diana of Themyscira / Wonder Woman in the cinematic DC Extended Universe, first appearing in 2016's Batman v Superman: Dawn of Justice then hitting it big with her 2017 solo movie, Wonder Woman. She is the first actor to play the character in theatrically-released live-action films.note Cathy Lee Crosby played her in a 1974 TV movie, Lynda Carter portrayed her in the 1975 television series, and Adrianne Palicki played her in an unaired 2011 television pilot. Theatrical film-wise, Cobie Smulders voiced her in 2014's The LEGO Movie.

Tropes & Trivia that apply to her works: