Due to the Anyone Can Die nature of this series, beware of spoilers below.

Also expect huge spoilers for the ending of the anime. 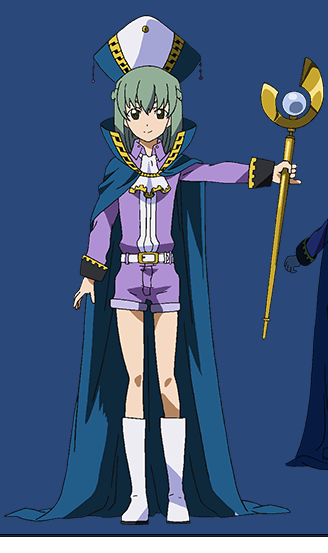 "The empire that's persisted for generations is God's will. To defy God is preposterous!"
Voiced by: Yo Taichi (Japanese), Shannon Emerick (English)

The de-jure ruler of the Empire, although everything he does is through the influence of Prime Minister Honest. 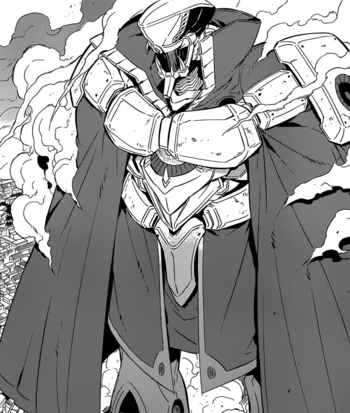 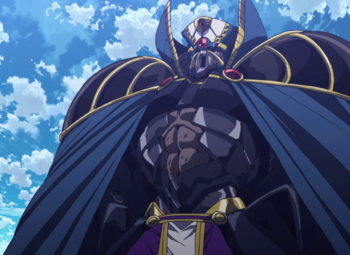 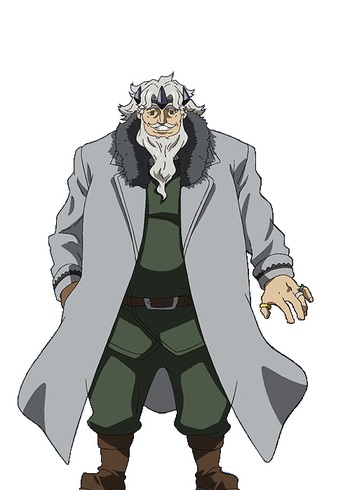 "Time like these, when the nation is in chaos, are the best opportunity to determine who is loyal or who is not. Any fools who oppose me will be driven out and executed."
Voiced by: Kouji Ishii (Japanese), Marty Fleck (English)

The de-facto ruler of the Empire, as the Emperor highly regards Honest's council, even if everyone else around him knows otherwise but stays quiet lest they get removed and killed.

His Teigu is Absolute Limitation: Erastone, a crystal within his crown that can destroy any Teigu the user desires, but at the cost of destroying the crystal alongside it, the crystal can regenerate over time giving it a weekly usage. 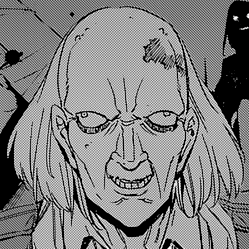 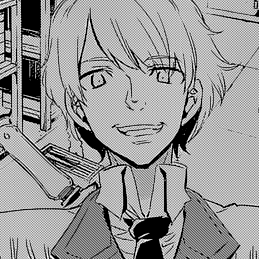 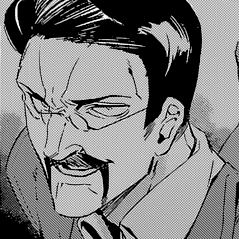 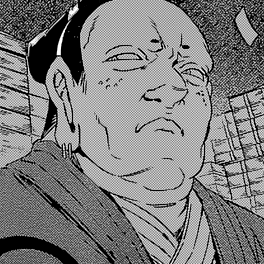 Honest's closest collaborators involved in his corruption. Najenda orders them to all killed with extreme prejudice alongside Honest and Esdeath to ensure they could never spread their corruption elsewhere after the revolution succeeded. Their names are Youkan, Koukei, Saikyuu, and Dousen. 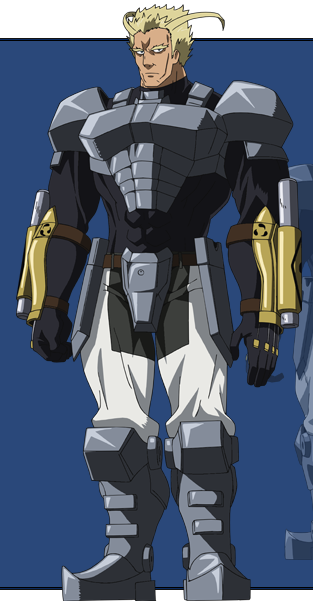 While he is not the Empire's Strongest, Budo is the commander in chief of the military, although he knows better than to boss Esdeath around. He is a man of immense strength, to the point where Esdeath herself respects him immensely.

His Teigu is Thunder God's Rage: Adramelech, a pair of gauntlets which enable him to create storms and lightning, granting him tremendous destructive power. 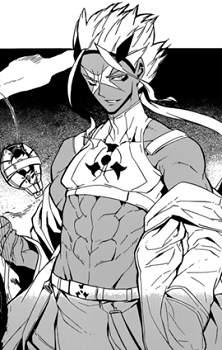 The son of the Prime Minister and leader of Wild Hunt. Left on a journey to explore the world and retrieve Teigu in other nations, he assembled the members of Wild Hunt to replace the Jaegers tasked to hunt down Night Raid.

His Teigu is Dimensional Formation: Shambala, a pendant that can teleport objects, people and himself to any place he marks. He uses his Teigu mostly for support in combat, relying on his physical strength and martial arts skills to fight. 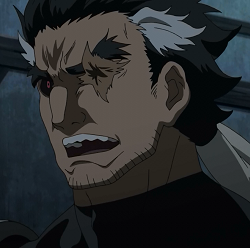 "A weakling's concerns don't matter. In this city, only the strong prevail. I'm the one that determines others' fates! I won't tolerate being judged!"
Voiced by: Tsuyoshi Koyama (Japanese), George Manley (English)

Captain of the Capital guards, Ogre is a evil individual who takes bribes from criminals such as Gamal, a crooked oil merchant, and uses his authority to frame people from the crimes that Gamal commits. After his last victim overhears the dealings between Gamal and Ogre he sends a letter to his wife before his execution to inform her of their crimes and she in turn requests the Night Raid to end both Gamal and Ogre for their transgressions. 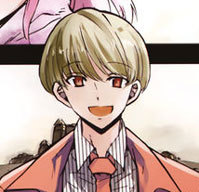 A member of the nobility that allows the travelers Air, Fal, and Luna to work for him. Has the appearance of a kindhearted and attractive young noble. He is actually one of the most sadistic nobles in The Empire that is in charge of a group of henchman that brutally murder people he draws in. 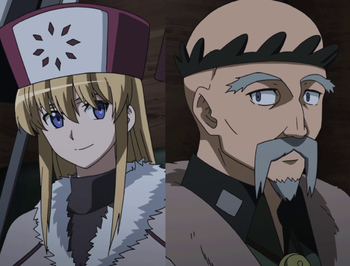 Chouri is the former primer minister before Honest, while Spear is Chouri's daughter and bodyguard. 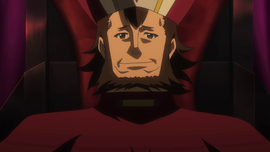 A spy working for the Prime Minister who poses as a high-ranking member of the Path of Peace. His goal is to kill the leader of the religious organization without revealing his true identity so the Empire can use it for its own ends. 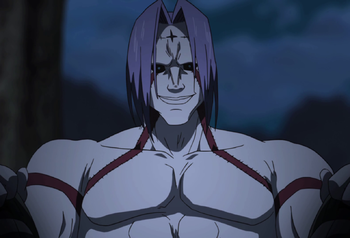 One of the members of the 4 Demons and, in words of Sten and Mez, probably the strongest of the four. He was known by Akame and is arrogant and bloodthirsty, admonishing Seryu when she was warning them about Night Raid capacities. He fights with Akame when Night Raid reaches Kyoroch to kill Bolick. 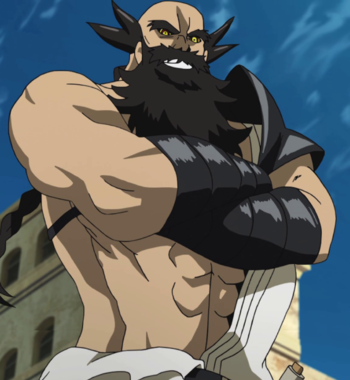 Another member of the Demons who is serious and believes that when he kills a person, he "releases its soul". Along Mez, he fights with Lubbock after detecting him in a crowd in Kyoroch. 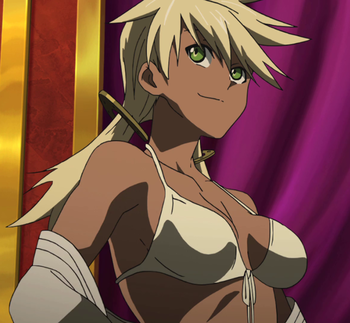 One of the members of the Demons, a cheerful and easygoing girl who fights Lubbock along Sten when they detecting him in a crowd in Kyoroch. 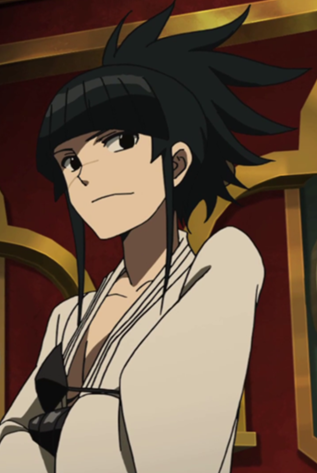 The last member of the Rakshasa Demons, a masochistic woman who intercepts Tatsumi and Mine along Seryu and fight with the first. She is the only of the Demons that survives the Bolick Assassination arc and later becomes a member of Wild Hunt.

In General
An elite squad of Teigu users created by The Emperor to defeat Night Raid and police the Capitol.
See their page for more information.

In General
A group of Teigu users operating as the Secret Police of the Empire, with the task of capturing Night Raid, who are quickly revealed to be a band of brutal, heartless, Hidan-level sadists, rapistsnote In the case of Syura, Cosmina, Champ and Enshin, and all-around not very nice people, who delight in causing pain and suffering, especially in children and women.
See Wild Hunt for more information.

Several squads of killers formed by The Empire, in which children were dropped into a forest full of Danger Beasts. The strongest 7 survivors of this cruel exam became known as the Elite Seven.
See their page for more information. 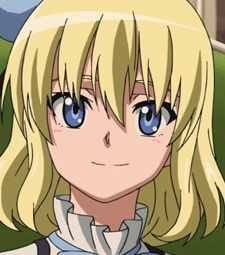 "If you have nowhere to sleep, would you like to stay at my home?"
Voiced by: Kanami Satou (Japanese), Brittney Karbowski (English)

A wealthy girl living in a huge mansion within the imperial capital. Aria appears to be kind-hearted and innocent, but in truth, she and her family are actually a group of sadists disguised as Good Samaritans who lure unidentified people with kind words before drugging and then torturing them to death. 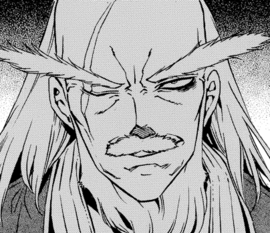 A retired member of the Imperial Army who hides out in a mountain range with other soldiers he's retired with. He was Bulat's mentor when he was affiliated with The Empire as well as the original user of Incursio. In one of the bonus chapters Tatsumi and Bulat find his hidden dojo. It turns out that he is the leader of the White Browns Association, a group of bloodthirsty assassins that indiscriminately attack anyone in the Capital. 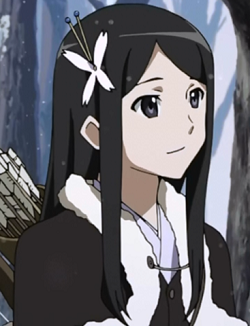 A girl who left the village at the same time with Tatsumi and Ieyasu. Unfortunately they get separated before reaching the capital, after which Tatsumi finds out she's been tortured to death. 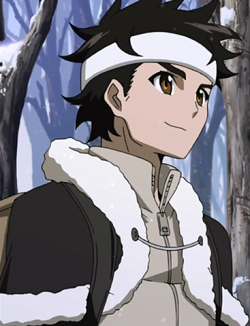 A boy who left the village at the same time as Tatsumi and Sayo. Due to getting lost, he and Sayo get separated from Tatsumi on their way to the capital. Once Tatsumi finds them again, he finds his friend inside a cage, severely beaten and suffering from a fatal illness. Ieyasu succumbs to his illness shortly after their reunification.

"It appears that the capital is a very comfortable place to live. With so many people, I can cut down as many as I want! Splendid. Simply splendid!"
Voiced by: Satoshi Tsuruoka (Japanese), Rob Mungle (English)

A former prison executioner. Seemed to be normal once, though due to the sheer amount of executions he was required to do under Prime Minister Honest, he began to develop a bloodlust and soon started to kill random people at night, fleeing to a new area once a punitive squad was assembled to deal with him.

He used the Teigu Omnipotent Five Sights: Spectator, a headpiece with an eye that grants the user five different sight-relatent enhancements (such as mind reading, precognition or seeing through solid objects).