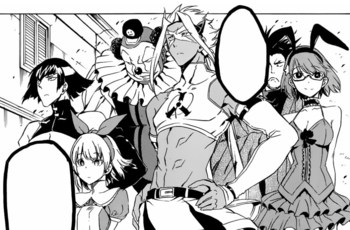 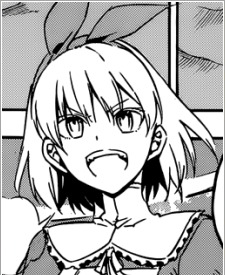 "Hmph. You'd make a most ideal subject for my experiments."

An alchemist from the Western Kingdom, Dorothea is recruited into the Wild Hunt. She comes into prominence after Syura's death, taking charge of the Wild Hunt to further her own machinations.

Her Teigu is Blood Collection: Absordex, vampire-like fangs that allow her to drain the blood of whomever she bites, leaving them dessicated and enhancing her strength and regenerative abilities. In addition, she also fights with a variety of gadgets and alchemical tricks. 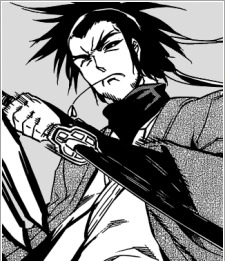 A swordsman with great bloodlust, who enjoys fighting and killing enemies.

His katana, Kōsetsu, is actually not a Teigu; his real Teigu is never seen. He is nevertheless an incredibly skilled swordsman. 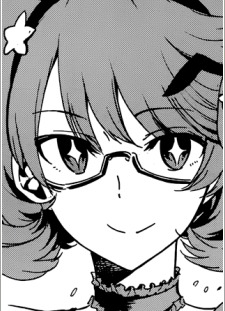 "Oh, my. There's nowhere for you to escape. Poor things. At the very least, let me sing you a farewell song on your journey to Heaven!"

A singer from the Western Kingdom that was accused of witchcraft by the people of her village, who burned down her house with all her family inside. She was the only survivor, and was recruited into Wild Hunt.

Her Teigu is Great Tremor: Heavy Pressure, a microphone that amplifies her voice into devastating ultra-sonic waves that can pulverize the bones of her victims. 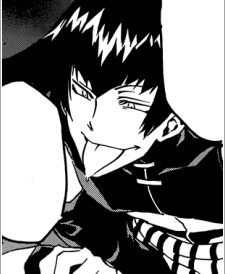 "A woman's hand isn't meant to hold guns. It's meant to serve me."

A pirate from the Southern Islands, recruited by Syura into Wild Hunt.

His Teigu is Moonlight Sword Dance: Shamshir, a curved sword that emits slicing air blades. Its power is dependant on the lunar phase, being at its strongest during a full moon. 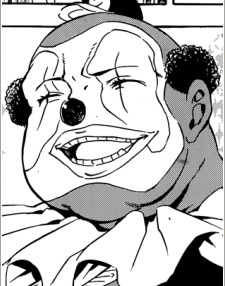 His Teigu is Ace Solution: Die Leaguer, six orbs that are each imbued with a different element, such as fire, ice or lightning, that is unleashed when thrown at a target.