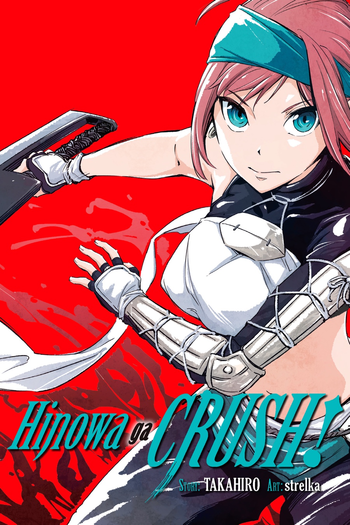 Twenty-four countries are locked in a century-long war, vying for the control of the island of Wakoku. A young girl named Hinowa joins the army of the Soukai kingdom in order to end the war, once and for all, but is killed in battle. Now her daughter Hinata takes up her name, and plans to finish what her mother started by fighting against the evil king Zuou and stopping his conquest of Wakoku.

The manga began in June of 2017, and was serialized in Square Enix's Big Gangan magazine. However, it was cancelled in June of 2022 due to low sales. Unusually for the manga industry, Strelka posted an apology on Twitter for overseas fans

, explaining the reasons the story failed to overcome the company's criteria for cancellation and crediting them for keeping the series alive for just a while longer.