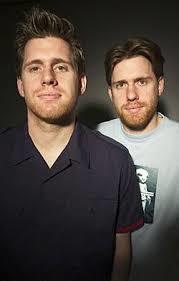 Born in Germany, the brothers moved to Australia at the age of 4 with their family and began making short films at the age of 10. Both brothers graduated with a Bachelor's Degree from the Queensland College of Art in 1997. After graduation, they begun work in the advertising industry, directing television commercials while continuing to make short films.

In the early 2000s, they pooled their life savings to self-fund their first feature-length film, a horror-comedy zombie flick called Undead. The Spierig Brothers developed a close relationship with Undead's distributor, Lionsgate Entertainment who would go on to back their next film, Daybreakers.

In 2010, it was announced that the brothers were working on a sequel to the 1982 fantasy film The Dark Crystal called Power of the Dark Crystal but the film was cancelled after being stuck in Development Hell for years.

Their next project was an adaptation of the 1959 Robert A. Heinlein short story "—All You Zombies—" called Predestination.

Not content with just writing, producing and directing their films, the brothers are also heavily involved in the editing, sound and visual effects.