Characters / Stranger Things The Upside Down

An alternate dimension existing in parallel to the human world. It contains the same locations and infrastructure as the human world, but it is much darker, colder and obscured by an omnipresent fog.

The Shadow Monster, a.k.a. "The Mind Flayer" 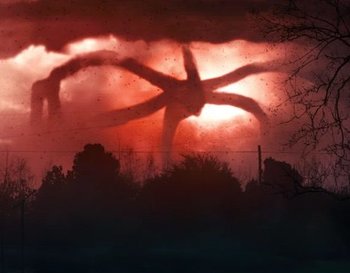 A colossal monstrosity that Will glimpses as he flickers back and forth through reality. It's the will driving every living thing in the Upside-Down. 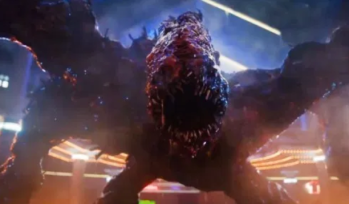 Billy: What do you want?!
"To build. I want to build."
Billy: I don't understand. Build what?
"What you see here."

A massive aggregate form the Mind Flayer created from the bodies of its Flayed to seek revenge on Eleven and destroy the world in person.

Carnivorous beasts that are indigenous to the Upside Down.

The Monster, a.k.a. "The Demogorgon" 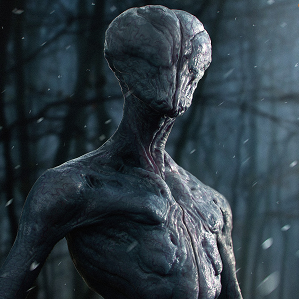 A nigh-indestructible, superficially humanoid carnivore in a relentless pursuit of any and all victims in sight. 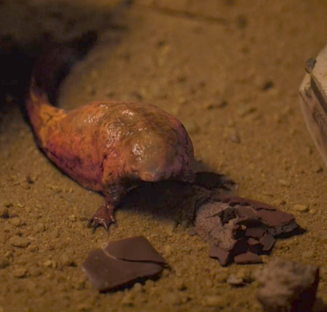 A small creature from the Upside Down who is adopted by Dustin, who initially confuses it for an exotic tadpole. 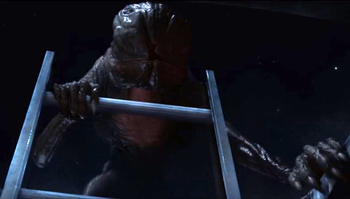 The adolescent forms of the Demogorgon's species. 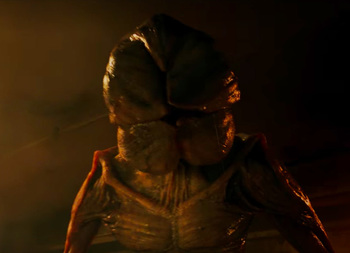 A demogorgon that the Soviets were able to capture. They feed it prisoners. 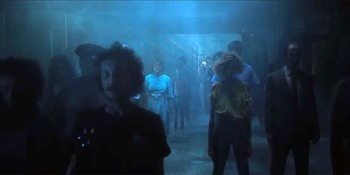 "You shouldn't have looked for me. Because now I see you. Now we can all see you." 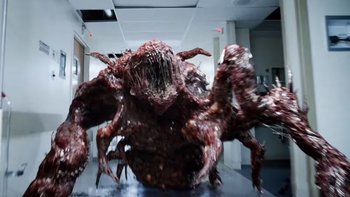 A creature made from the remains of two humans after they were Flayed.