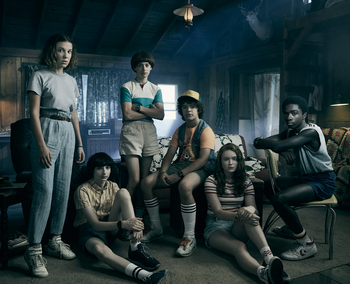 The Party, circa Season 3
"We have a lot of rules in our party, but the most important is, 'Friends don't lie'. Never ever. No matter what."
—Lucas Sinclair, "Dig Dug"

A group of children and close friends from Hawkins, Indiana. 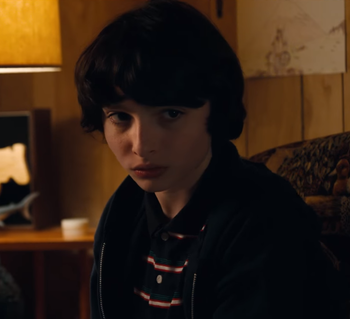 "A friend is someone you'd do anything for."
Played By: Finn Wolfhard
"Something is coming. Something hungry for blood. A shadow grows on the wall behind you, swallowing you in darkness. It is almost here..."

The Leader of the Party. A preteen boy who tasks himself and his friends to find their missing friend Will with the help of the mysterious young girl known as "Eleven". 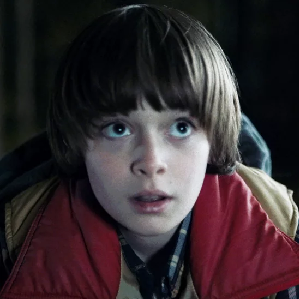 "Sometimes the bad guys are smart too."
Played By: Noah Schnapp
"The Demogorgon — it got me." 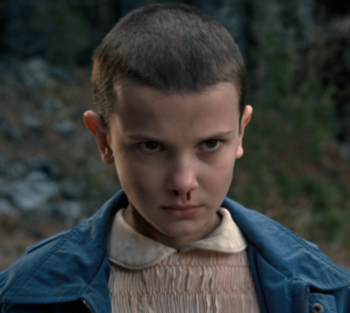 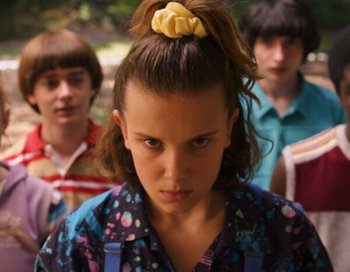 A mysterious young girl with psychokinetic powers found by Mike and his friends the day after Will's disappearance. 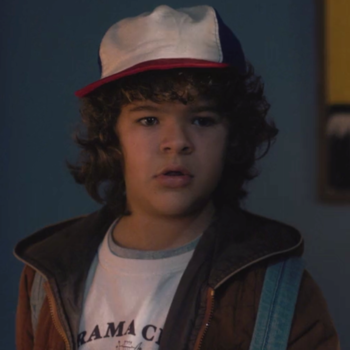 "Sometimes, your total obliviousness blows my mind."
Played By: Gaten Matarazzo
"Why are you keeping this curiosity door locked?"

Mike's classmate and close friend. An enthusiastic chubby boy with a lisp who aids him in the search for Will, acting as the voice of reason. 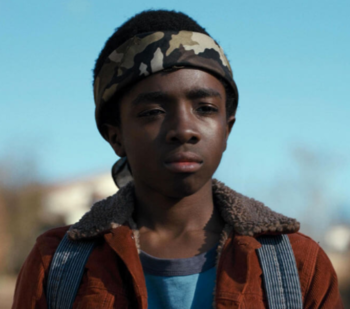 "Everything I said about you being a traitor and stuff, I was wrong. I'm sorry."
Played By: Caleb McLaughlin
"If there is something out there, I'm gonna shoot it in the eyes... and blind it!"

Mike's childhood friend, next-door neighbor, and classmate, who is apprehensive about the prospect of collaborating with Eleven in the search for Will. 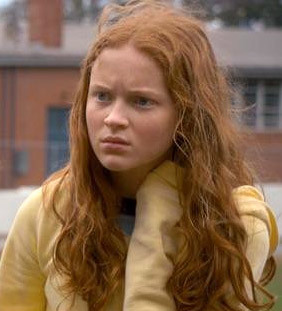 "That's presumptuous of you."
Played By: Sadie Sink
"From here on out, you leave me and my friends alone. Understand?"