The main deities of the setting, these gods are followed by extensive and widespread faiths, and they can be found worshipped under a variety of names by many different species and nations throughout the Inner Sea region — and often, with the exception of the youngest and most recently ascended deities, throughout Golarion as well.

open/close all folders
Gods in General 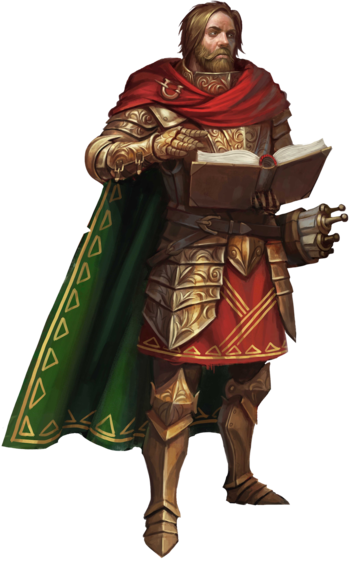 Abadar (pronounced AH-bah-dar), the god of cities, law, merchants, and wealth, is known to be a patient deity. Maintaining a strong neutral stance in his actions, he sets forth to expand civilization and order among the peoples of Golarion. An old and popular god, he is worshipped throughout Avistan, Garund and Tian Xia, and he was once worshipped in Azlant before its fall. 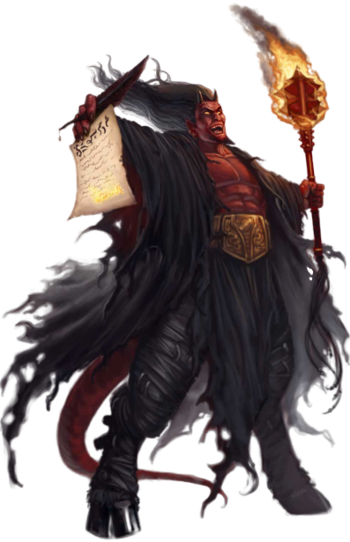 Asmodeus (pronounced as-MO-day-us) is the most powerful of the nine archdevils that inhabit Hell, and the only one of Hell's rulers to claim full divinity. It was he who is credited with the penning the contract of creation, within which his followers believe is hidden the means for their patron's eventual rise to supremacy. 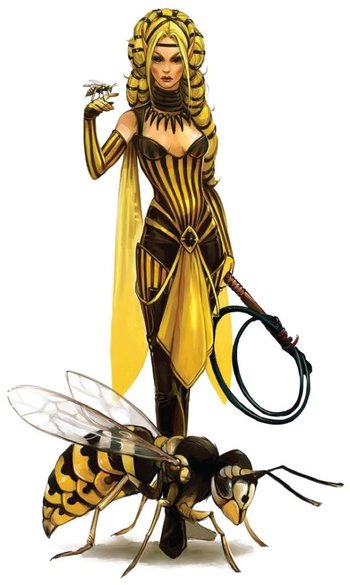 Calistria (pronounced kah-LISS-tree-ah) is the goddess of lust and revenge who takes on many faces and guises. She is held in especially high regard by elves, who often identify with her moods and changeable nature. A fondness for wasps has earned this vengeful deity the title the Savored Sting; such creatures live on after harming their enemies, a trait Calistria's followers hope to emulate when pursuing their goals. 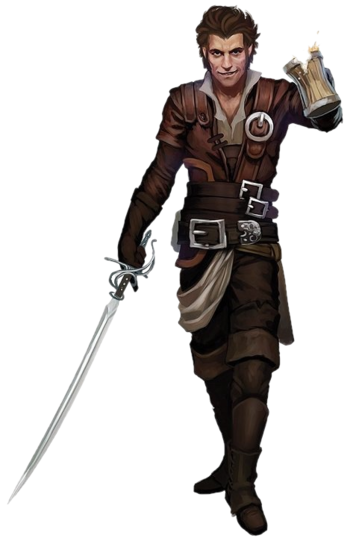 Cayden Cailean (pronounced KAY-den KAY-lee-en) is one of the Ascended: those who achieved godhood by passing the Test of the Starstone. Because of the way in which he passed the Test, he is also known as the "Lucky Drunk", "Drunken Hero", or the "Accidental God".

Desna (pronounced DEZ-nuh) was one of the first deities, but while her peers burdened themselves with the task of creating Golarion, she spent her time building the heavens. She knew that there would be plenty of time for her and her followers to explore the many wonders of the world later. She's changed little since those earlier days, and she and her followers delight in exploring the world.

As a result of both her great age and her nature as the goddess of journeys and explorers, Desna's faith can be found in almost every corner of Golarion: her church is well established in Avistan, the Crown of the World and Tian Xia, and she was worshipped in ancient Azlant as well.

Erastil (pronounced eh-RAS-til) is one of the oldest human gods still worshiped in the Inner Sea region. His religion dates back to before the Age of Darkness, when small farming communities and hunter-gatherers prayed to him for bountiful harvests and successful hunts. He leads his followers by example and good deeds rather than flowery rhetoric.

In ancient times, Erastil — under the name of Estig the Hunter — was one of the principal deities of the giants who ruled much of Avistan before being displaced by dwarves and humans. Even in the modern day, he still has a following under this aspect among the stone giants, and maintains a civil, if cool, relationship with the Lawful Evil stone giant deity Minderhal.

Gorum (pronounced GOR-um) is a god of battle above all other pursuits; it is said that he would rust away into nothingness if there is ever a time with no more conflicts to be fought. Known as Our Lord in Iron, his faithful believe he is present in every iron weapon of war that is forged, and he has a large following among the half-orcs.

Gozreh
The Wind and the Waves
God/goddess of nature, weather, and the sea
Alignment: True Neutral
Nationality: Mwangi

Gozreh (pronounced GOHZ-ray) is a dualistic deity of nature, a god of the storm and sky and also a goddess of the wave and surf. Gozreh is worshipped in almost every corner of Golarion, and maintains large following among the cloud and storm giants. Born of the ocean's fury and the wind's wrath, Gozreh is a fickle deity. 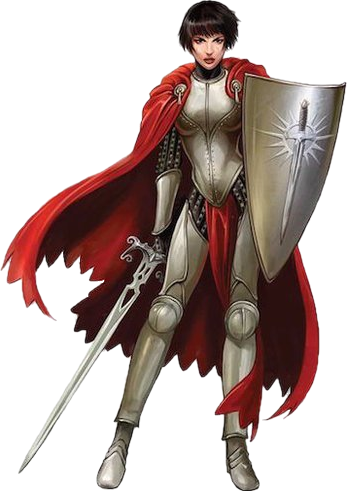 Iomedae (pronounced ahy-OH-meh-day) is the goddess of righteous valor, justice, and honor. Having served as Aroden's herald, she inherited many of the Last Azlanti's followers upon his death, and continues to espouse the ideas of honor and righteousness in the defense of good and the battle against evil. 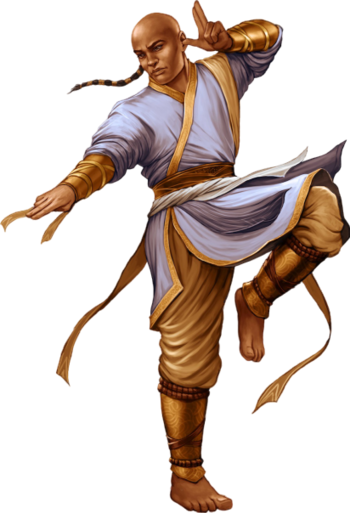 Irori (pronounced ih-ROHR-ee) is the god of enlightenment, self-perfection, knowledge, healing, and inner strength. His followers claim that he was once a mortal who achieved absolute physical and mental perfection and thus attained divinity of his own volition. He is one of the core gods of, if not the most powerful deity of, the Vudrani pantheon, but he's worshipped throughout Tian Xia under the name of Iro-Shu and he has an increasing following in the Inner Sea region as well. He is also one of the few humanoid gods to have developed much of a following among chromatic dragons, as a cult to him exists among the relentlessly self-disciplined and perfectionist green dragons.

Lamashtu (pronounced lah-MAHSH-too) is the mother and patroness of many misshapen and malformed creatures that crawl, slither, or flap on, above, or below the surface of Golarion. Her unholy symbol is a three-eyed jackal head, which may be represented in many ways, and her sacred animal is the jackal.

Lamashtu's worship can be found wherever barbarians, outcasts and monsters live, from the frozen north of Avistan and the jungles of Garund to the highest peaks of Tian Xia and the abysses of the Darklands. 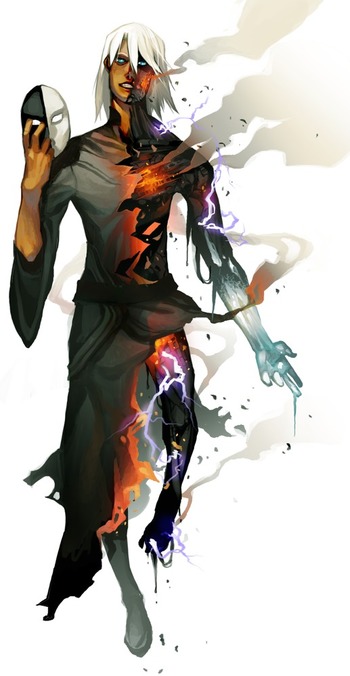 Nethys (pronounced NETH-uhs) is a Garundi god who holds magic above all things. He gained enough power to witness all things, and this both fueled his divinity and shattered his mind. He is a god of magic, torn between destroying the world with one hand and saving it with the other.

Norgorber (pronounced NOR-gore-ber) is known as a Taldan deity of thievery and assassination, as well as a keeper of secrets. He is called the "Reaper of Reputation" by some, but he has more insidious titles among his other worshipers. He remains an enigma to most, and his true motives are unknown. Many of his own followers remain ignorant of his plans and designs. Norgorber is the only evil god amongst the Ascended. 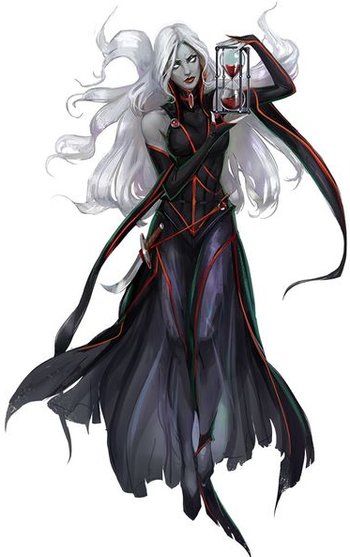 "The Lady of Graves", Pharasma (pronounced fah-RAZ-mah) is the goddess who shepherds Golarion's recently-departed souls to their final reward. Upon death, souls migrate via the River of Souls to Pharasma's Boneyard in the Outer Sphere, which sits atop an impossibly tall spire that pierces the Astral Plane.

Pharasma makes no decision on whether a death is just or not; she views all with a cold and uncaring attitude, and decides on which of the Outer Planes a soul will spend eternity. Pharasma is also the goddess of birth and prophecy: from the moment a creature is born, she sees what its ultimate fate will be, but reserves final judgement until that soul finally stands before her. As the goddess of death and rebirth, she abhors the undead and considers them a perversion.

Pharasma's immense age and universal control over the souls of the departed mean that she is known and respected throughout the Material Plane. On Golarion, her church is particularly well-established in Tian Xia, where she is known as the Mother of Souls, and of course in the Inner Sea region.

Imprisoned since the Age of Creation, the god Rovagug (pronounced ROH-vah-gug) seeks only to destroy creation and the other gods. Believed to be imprisoned in a state of torpor somewhere deep within Golarion, his increasingly restless stirrings are taken by many to be the cause of volcanic activity and earthquakes. 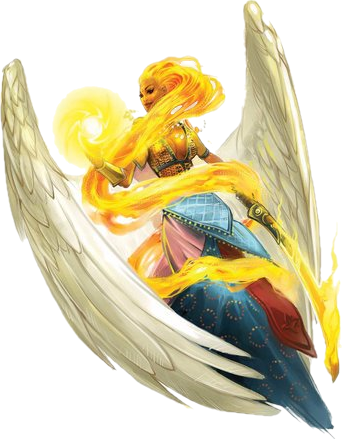 Known to her faithful as the Dawnflower, the Healing Flame, and the Everlight, Sarenrae (pronounced SAER-en-ray) is a goddess who teaches temperance and patience in all things. Compassion and peace are her greatest virtues, and if enemies of the faith can be redeemed, they should be.

Yet there are those who have no interest in redemption, who glory in slaughter and death. From the remorseless evil of the undead and fiends, to the cruelties born in the hearts of mortals, Sarenrae's doctrines preach swift justice delivered by the scimitar's edge. To this end, she expects her faithful to be skilled at swordplay, both as a form of martial art promoting centering of mind and body, and so that when they do enter battle, their foes do not suffer any longer than necessary.

Sarenrae is the patron goddess of the Empire of Kelesh, which eventually spread her faith throughout the Inner Sea region. She was one of the gods who fought against and imprisoned Rovagug, holding the Rough Beast at bay while Asmodeus fashioned its prison. 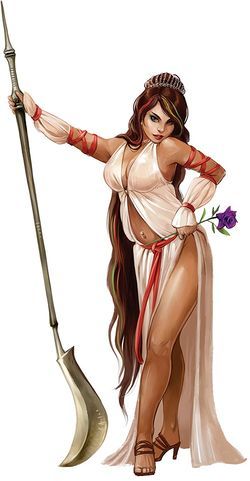 Shelyn (pronounced SHEHL-ihn) is the goddess of art, beauty, love, and music, and the half-sister of Zon-Kuthon. She started life as a relatively minor deity of beauty, art, and music, but with the destruction of her mother Thron, the former goddess of love, Shelyn gained her mother's portfolio. Shelyn continues to focus on beauty and the related areas of art and music, and has expanded upon her mother's relatively narrow view of love to include all forms of the emotion. In Golarion, she's worshipped throughout Avistan and Tian Xia, and maintains a following among the storm giants. 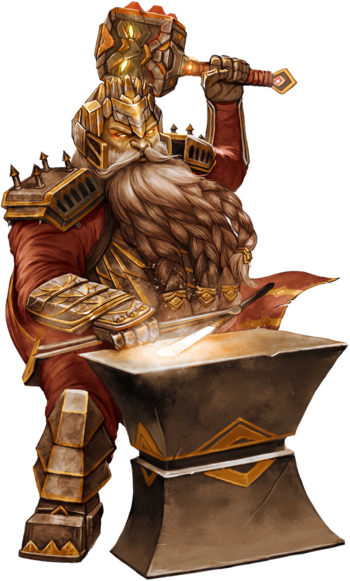 Torag (pronounced TORR-awg) is a stoic and serious god who values honor, planning, and well-made steel. He is an often distant deity, lending magical power to his clerics, but leaving his followers to make their own way through life, knowing that this will make them strong and determined

Urgathoa (pronounced oor-gah-THO-ah) is the Varisian goddess of physical excess, disease, and the undead. She is mostly worshiped by dark necromancers, the undead, and those wishing to become undead. Sometimes those who live gluttonous lifestyles make supplication to her, as do those suffering from a serious illness.

The deity Zon-Kuthon (pronounced ZONN-koo-THON) possesses one of the most twisted and evil minds in the Great Beyond. His position as god of pain is well earned, and he has been the root of countless tortures, murders, and worse throughout time.