A Certain Magical Index / Scientific Railgun / Scientific Accelerator character index
Main Characters
Index Protagonists | Railgun's Main Cast
Science Side
The Teachers and Students of Academy City | Academy City Founders, Researchers and Law Enforcement
Academy City's Dark Side | The Sisters | Other Science Side Characters
Magic Side
England and its Allies | The Roman Catholic Church | GREMLIN | True GREMLIN | Other Magic Side Characters
Other Characters
Other Light Novel, Manga, and Anime Characters | Audio Drama, Video Game, and Movie Characters
This page details the associated forces and important associates of England as portrayed in the series
Advertisement:
A Certain Magical Index. The groups involved are the magical sect Necessarius, their subordinate organization the Amakusa Catholics, the Royal Family and their associates and finally the mercenary organization New Light.
open/close all folders

Dedicatus545: The Dedicated Lamb Protects the Knowledge of the Strong 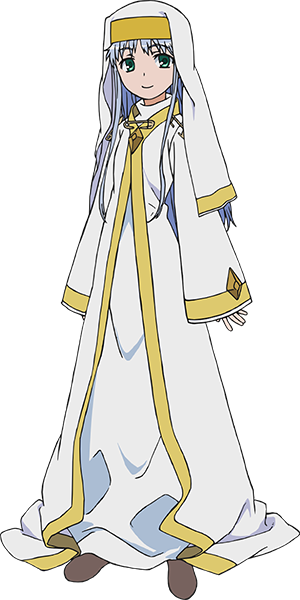 The eponymous character of A Certain Magical Index and the main female magic-oriented protagonist. Index was a member of Necessarius, with 103,000 grimoires hardwired onto her memory due to both her Photographic Memory and immunity to their maddening influence due to lacking the mana to power them. She's also known for her temper and attitude unbecoming of a nun, such as freeloading and gluttony. Much of her background is currently unknown due to periodic memory washes upon her.

Lola Stuart is the Archbishop of Necessarius and also of the English Anglican Church. Despite being the Archbishop, she looks like an eighteen-year-old girl with long blonde hair that's 2.5 times her height.

Tropes that apply to Lola Stuart 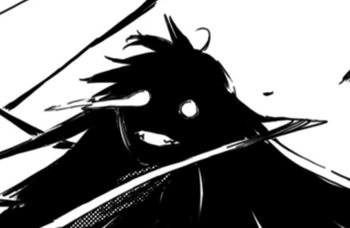 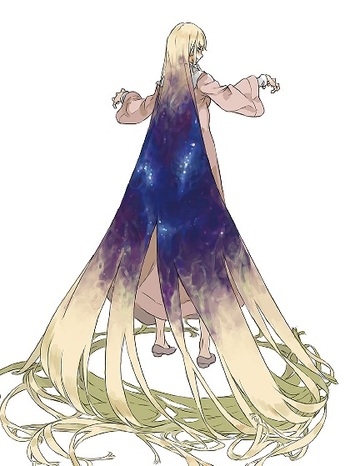 "My numerical value is 333 and my nature is dispersion. I prevent the true bonding of all the world’s laws and I bring endless chaos and destruction. My name is Coronzon. Now learn firsthand just what that name means."

Lola's true identity is Coronzon, a powerful demon on par with Aiwass, summoned as part of a demon's contract with Aleister's late enemy, Samuel McGregor Mathers, who ordered her to guide Aleister to ruin. She at first claims to be possessing Aleister's second daughter, Lola Zaza Crowley, before it is revealed to be a lie.

Fortis931 — I Prove Why My Name is the Strongest Here

A sorcerer from Necessarius. His sorcery name is Fortis931. He’s an extremely heavy smoker, and claims a world without nicotine would be hell. He specializes in using runes to invoke his power over fire. He has a short temper but is actually very kind, as he cares about Index very much and used to travel around the world by her side when she copied the original grimoires into her mind. His failure to save her life without taking away her memories is his greatest regret.

Salvare000 — Be the Salvation of Those Who Cannot Be Saved

An eighteen-year-old sorcerer from Necessarius. Unlike her partner Stiyl, she uses magic to magically strengthen her body. Her sorcery name is Salvare000. She uses a two-meter-long nodachi called "Seven Heavens Seven Swords" as her weapon, and she has a special attack called Nanasen (Seven Flashes) that uses her sword and thin steel wires. Not only is Kaori a skilled swordswoman, but she’s a Catholic Saint possessing the "Stigma", the ability to call upon God's power.

Intimus115 — I Offer Everything to My Lost Friend

Her sorcery name is Intimus115, "I offer everything to my lost friend". A member of Necessarius and a talented "Decoder", she has dark skin and wears a black Gothic Lolita dress. Her blonde hair is unkempt and according to Tsuchimikado, she has the silhouette of a lion. She is a master of Kabbalah Statue art and utilizes oil pastel or chalk to draw a spell to summon a golem Sherry refers to as "Ellis".

Theodosia Electra
A member of Necessarius who debuts in the SP Volume. She seemingly turns traitor to protect Patricia Birdway, running afoul of Stiyl Magnus, but the true enemy, Richard Brave, appears and she is exonerated.
Saiji Tatemiya

Substitute Supreme Pontiff of the Amakusa Catholics, a secretive Japanese religious sect combining Christian worship with traditional rituals and practices. Much like a Certain Protagonist, he saves people for the sake of saving them, without so much as an ulterior motive in mind. A capable leader, he strives to rebuild the group so that Kaori, who left and rejected the position of Pontiff in order to protect them from further harm stemming from her position as a Saint, would feel welcome to rejoin them some day.

A sixteen-year old girl and an active fighter for the Amakusa Catholics. Her weapon is a Friulian Spear that can be disassembled and reassembled for purposes of stealth. She has romantic feelings towards Touma, but due to her shyness was unable to convey them. She also tends to be jealous of any other girl close to him, including her former Supreme Pontiff Kaori. 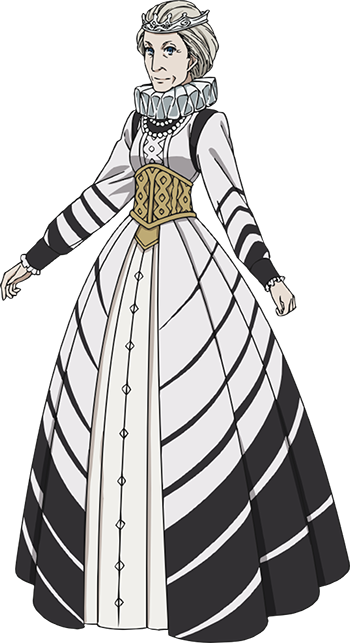 The Queen of England, and mother to the three princesses. She possesses the sword Curtana Second, a replica of the Curtana Original, which is said to grant the wielder the same power as that of the Archangel Michael so long as they're within the boundaries of England.

Eldest daughter of Queen Elizard. She has a very cautious and distrusting personality. She is a natural blonde like her sisters, but dyes her hair black. Among the three princesses, her trait is "intelligence". 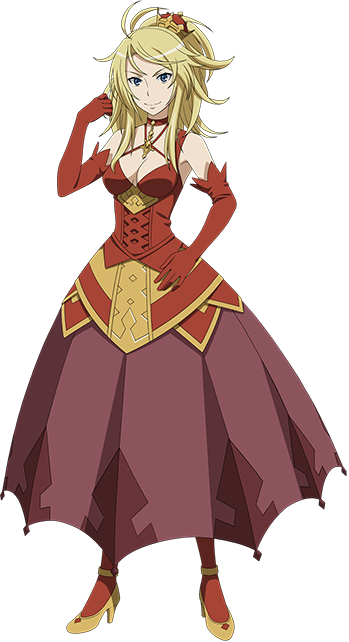 Second daughter of Queen Elizard. Among the three princesses, her trait is "military affairs". 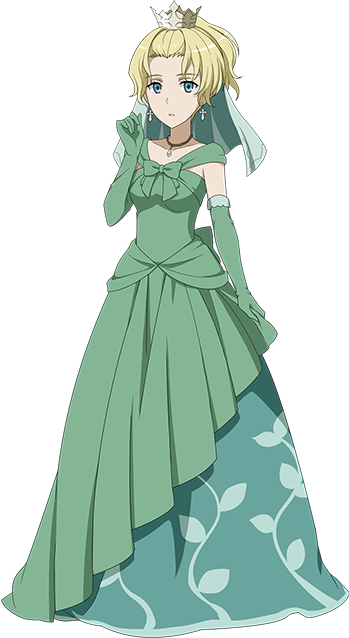 The leader of New Light, as well as the eldest member of their group. Her Steel Glove combined with her Soul Arm Gjallarhorn draw power from Thor, which allows her to use the lightning-god's weapons.

A member of New Light whose life is saved by Touma over the course of several events. Feeling indebted to her "savior", she dedicates her energy to successfully convincing him to serve England by any means necessary. In addition to her Steel Glove, she wields a Soul Arm in the form of a metal dragon tail to provide her with extra dexterity and movement support.

A member of New Light. She mostly avoids combat, and thus avoids any major participation in the British civil war due to being outside of London.

A member of New Light. She is the driver of the group, despite being only 15 years old and uses a Soul Arm in the form of dragon wings on her back for flight in conjecture with her Steel Glove.