A Certain Magical Index / Scientific Railgun / Scientific Accelerator character index
Main Characters
Index Protagonists | Railgun's Main Cast
Science Side
The Teachers and Students of Academy City | Academy City Founders, Researchers and Law Enforcement
Academy City's Dark Side | The Sisters | Other Science Side Characters
Magic Side
England and its Allies | The Roman Catholic Church | GREMLIN | True GREMLIN | Other Magic Side Characters
Other Characters
Other Light Novel, Manga, and Anime Characters | Audio Drama, Video Game, and Movie Characters
A page for those associated with the science side of Academy City who do not fall into easy categories like researchers or students.
Advertisement:
open/close all folders

The first leader of Skill-Out introduced in Volume SS1. After he was killed, Shiage Hamazura took over before passing the role to Hanzou Hattori.

The current leader of Skill-Out, and a former ninja. 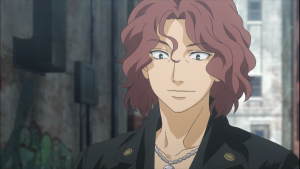 Wataru is a character introduced in the A Certain Scientific Railgun anime. He is a Skill-Out member and is the founder and former leader of one of the largest Skill-Out factions, Big Spider. 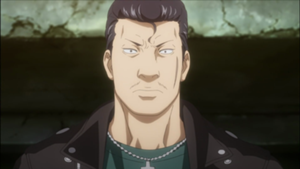 A man who took over the Skill-Out faction Big Spider after Wataru was seemingly killed. 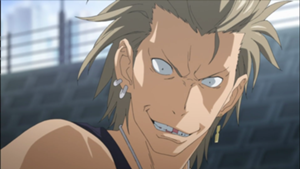 The leader of a gang of delinquents who use Level Upper and push it on others.

The main villain of the Jailbreaker Arc in the Railgun manga. Kimi is an esper incarcerated in a private juvenile hall for crimes yet established, and is able to escape thanks to her comrades under the guise of the mock jailbreak trial. Officially is only regarded as a Level 0, but she wields a strange power in her right hand...

A member of Kimi's group, she infiltrated the private juvenile hall Kimi is being held and climbed to the top as the Director Kyougoku Ryouta's assistant and Chief of Security to facilitate her escape.

A member of Kimi's group, she's a former member of Shuri Oumi's Kouga School of Ninjutsu who betrayed the group sometime ago but continued to uphold the appearance of loyalty. She's a Level 3 Esper with the ability AIM Watcher, which allows her to sense other Esper's AIM fields and predict their moments based on it.

A member of Kimi's group, she hides her darker nature behind a bumbling facade. She is a Level 4 Esper with the ability Gravity Sling, which allows her to redirect objects in motion. 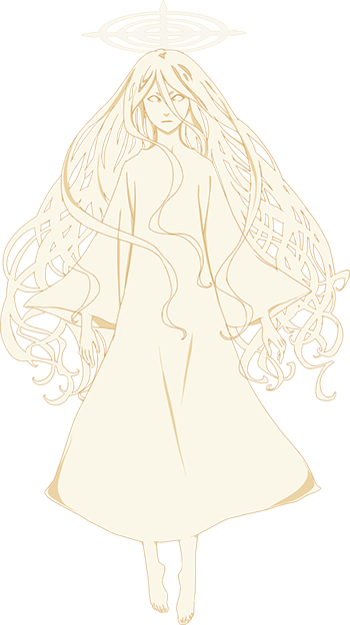 A mysterious entity whose identity is unknown, except for the fact that it is the former mentor of Aleister Crowley and the one who provided him the knowledge to write the Book of Law. Its existence is a top-secret even among the directors of Academy City, codenamed DRAGON. It resides in Aleister's stronghold within the Windowless Building, and like its former student is one of the most powerful entities currently introduced in the story.

The Key to the Imaginary Number District

Index's first "friend" in Academy City. She is gentle, quiet, and shy. She has a tendency to cry easily.

It is later revealed that she is actually an aggregation of AIM from espers. A special code from the Radio Noise network allows her to manifest as the Artificial Angel, Fuse=KAZAKIRI.

As Fuse=KAZAKIRI, the following tropes apply: 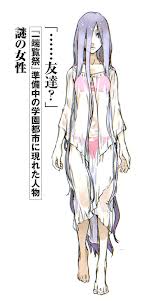 A mysterious woman seemingly held prisoner in the Windowless Building. She was released in New Testament Vol. 5. 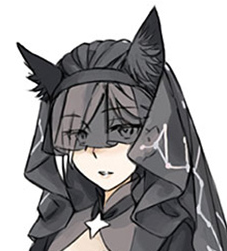 The wife of Samuel Liddell MacGregor Mathers of the magic cabal Golden Dawn, this is not the original but rather an accidental recreation by Aleister Crowley, a grimoire containing her identity and name. She appears in New Testament Volume 18 to guide Touma through the Windowless Building and shed light upon Aleister's past. 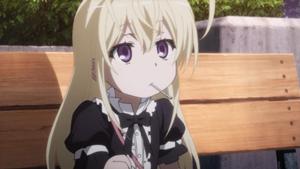 An anime-exclusive character. A mysterious girl whom Mikoto and her friends find sleeping in the park. Upon introductions, she knows Mikoto's name without being told. 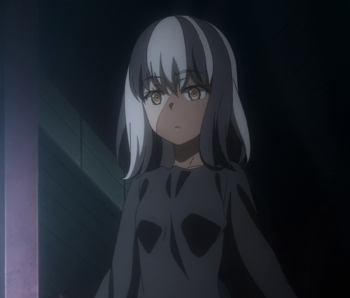 The main antagonist of Railgun's Dream Ranker arc, the Doppelganger is an android created out of the cyborg parts used in Ryoko Kuriba’s body split experiment. The experience of being alive apparently granted her a soul, and she initially believed she was the real Ryoko Kuriba. She took the revelation that she wasn’t rather poorly.

The mysterious sixth Level 5 Esper. Not much is known about this person, not even their gender. When the Daihaseisai committee was searching for the Level 5s in Chapter 43 of the Railgun manga (Railgun T, Episode 1), despite all the other Level 5s being located, the sixth couldn't be found, which had been expected to some degree since there are multiple people that claim to be him. The sixth also appeared in the tenth volume of the New Testament, when a mass message was sent to the Level 5s requesting their participation in the elimination of Touma Kamijou and Othinus, with the sixth's response being silence and toying with the phone. They are frequently impersonated, with at least three fakes appearing in the series.

New Testament 12 reveals that their name is "Etsu Aihana", and that they employ Yokosuka the Organ Crusher to distribute their identity to those in need. Their motivation for this is currently unknown, though it's suggested that they're just trying to help people. 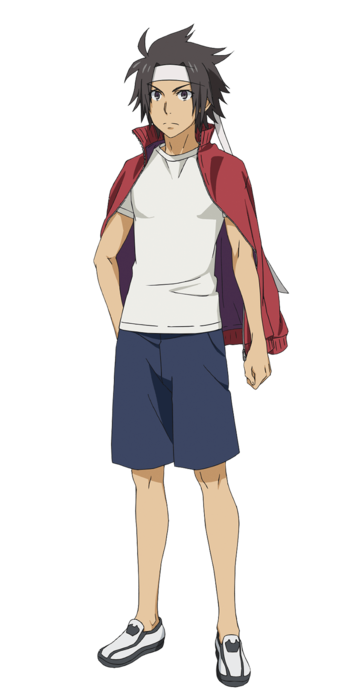 The seventh Level 5 esper, Gunha is a Gemstone, an esper who was born with his powers. His ability is nameless and absolutely impossible to define, though it allows him to create strange explosions, attack at twice the speed of sound, and recover from being shot in the head or heart with no pain. He is classified as the lowest Level 5 precisely because nobody understands his immense power, and thus they can't even guess where he really ranks. He has a strong sense of justice and believes that everything can be solved with GUTS. 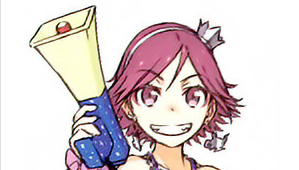 An esper girl who participated in the riots caused by the Agitate Halation Project. She apparently has a day job as a stage performer and has sound related abilities. 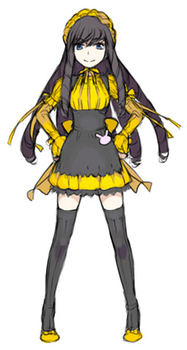 Seria Kumokawa's younger sister, and Maika's friend and classmate. She was once Kagun Kihara's student and remained loyal to him even after he was branded a criminal. She is a Level 2 Esper. She plays a major role in New Testament Volume 4.

A mysterious young esper who carries a suitcase chained to her wrist and is pursued by several people.

A young man who claims to be the 6th Level 5 esper. Misaki Shokuhou quickly explains that he is just an attention seeking impostor.

Not to be confused with the "Etsu Aihana" appearing in New Testament 12.

Debuting in A Certain Scientific Accelerator, Hasami is a level 2 pyrokinetic esper with severe depression issues. She tried and failed to kill herself shortly before the start of the series, and the fake Anti-Skill officers who recovered her finished the job on the way to the hospital. Esther Rosenthal implanted a Huotou (a type of necromancy) into her body, and she soon after animated as a zombie under Esther's command. 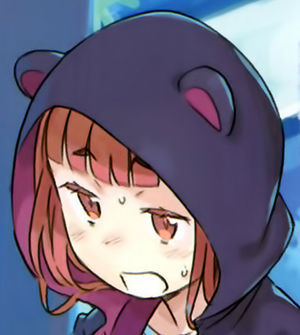 A Level 0 and childhood friend of Frenda Seivelun. In New Testament 12, he decides to investigate what happened to her after not having contacted her in ages, running afoul of the heroes and villains in the process.

A young girl and Level 1 Esper discovered by Accelerator in the hospital while taking a break.

A Child Error with Level 2 Pyrokinesis and close friend of Kimi in the past.