A Certain Magical Index / Scientific Railgun / Scientific Accelerator character index
Main Characters
Index Protagonists | Railgun's Main Cast
Science Side
The Teachers and Students of Academy City | Academy City Founders, Researchers and Law Enforcement
Academy City's Dark Side | The Sisters | Other Science Side Characters
Magic Side
England and its Allies | The Roman Catholic Church | GREMLIN | True GREMLIN | Other Magic Side Characters
Other Characters
Other Light Novel, Manga, and Anime Characters | Audio Drama, Video Game, and Movie Characters
The dark side of Academy City is the collective term for the seedier elements of the city that cannot be officially endorsed, but are still part of backstage manipulations on the part of higher-ups. Members of the dark side are uniformly amoral, and at best manage to be anti-heroes. The fifteenth novel revolves around the actions of five groups: GROUP, SCHOOL, ITEM, BLOCK and MEMBER, but there are also characters of ambiguous allegiance.

A friend and classmate of Touma, as well as his next-door neighbor at their dormitory. He's also a skilled sorcerer; however, undergoing the Power Development Curriculum causes his magic use to become fatal. His ability, Level 0 Auto-Regeneration, counteracts this, though imperfectly. He is a freelance spy for several organizations, including Necessarius, Academy City, and GROUP. The leaders are aware of this and let him be for the time being.

She is the guide to the windowless building where Aleister Crowley resides and is a member of GROUP, forced to join when the city's Board of Directors captured her close friends and blackmailed her. Her ability is "Move Point", a ramped-up version of Kuroko's power in that she doesn't need to touch objects to teleport them. She is living with Tsukuyomi Komoe after losing to Accelerator in the Tree Diagram 'Remnant' incident.

An Aztec magician who was originally a member of Return of the Winged One. He was sent into Academy City to destabilize the growing Kamijou Faction, by sowing distrust into it's members. He is later defeated by Touma Kamijou himself, and later joins GROUP. He is usually referred to as "Unabara Mitsuki" as he has not told anyone in Academy City his real name.

The fourth Level 5 esper, and the leader of ITEM. Her power, Meltdowner, converts electrons into a highly destructive form of matter that exists somewhere between particles and waves. While kind and gentle to her friends, she has a unpleasant personality once angered.

Second in command of ITEM. Her ability, Offense Armor, allows her to compress and solidify nitrogen in the atmosphere to act as a barrier and is ranked at Level 4.

A member of ITEM. Her ability, ranked at Level 4, is AIM Stalker, which allows her to trace the AIM fields of other Espers.

One of the main combatants of ITEM, she has a knack for explosives and exceptional hand-to-hand capabilities.

The One Who Has Touched the Territory of God

Click here for his new look in NT Vol. 6

Academy City's second most powerful Level 5 esper, and the leader of SCHOOL. His ability, Dark Matter, allows him to create entirely new forms of matter that aren't bound by the laws of physics. Kakine's power is hinted to be related to Accelerator's in some way, and he is the only other esper with the potential to become a Level 6. He has a rather one-sided rivalry with Accelerator, with his fondest wish being to defeat him.

Girl in the dress

A member of SCHOOL, and the only one to survive intact after the events of the Battle Royale arc. Her ability is "Measure Heart", the ability to regulate the distance between peoples' minds (hearts).

An agent for SCHOOL, he was the first member of the unit to be killed in action. He's always seen in action with a pair of metallic goggles that is placed over his head like the rings of Saturn, powered with a machine on his back. Banka's a Level 4 Psychokinesist. 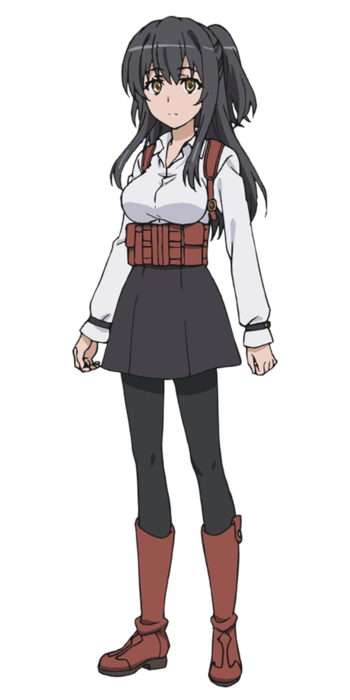 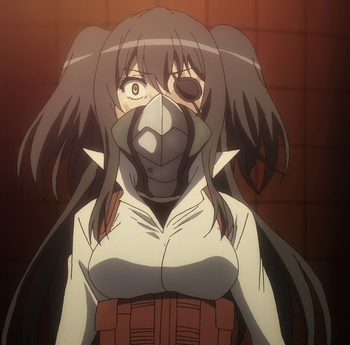 The group's main sniper before she got killed in action, she's known to be a student of the Private Shidarezakura Academy.

A replacement sniper hired by SCHOOL after their previous sniper was killed by ITEM. He is known to be a mentor figure to Stephanie Gorgeouspalace.

The leader of BLOCK. He is responsible for getting the group involved in the Battle Royale Arc by hiring mercenaries as part of boosting the group's manpower.

An ex-Anti-Skill officer, she was acquainted with Tatsuhiko prior to her recruitment to BLOCK. She serves as the second-in-command of the group and was involved in the attacks on the city after the 0930 Incident.

A BLOCK agent and one of the members responsible for planning their operations against Crowley alongside Tatsuhiko.

A BLOCK esper agent, she specializes in weeding out potential moles and double agents within the ranks of BLOCK with the help of her skill "Skill Polygraph".

The elderly, unnamed leader of MEMBER.

A hacker who works for MEMBER. He supports the professor from a shelter known as "Summer Resort" with his remote controlled animal robots. He also appears in the Railgun Daihaseisai Arc when he tries to capture a SISTER clone.

A sorcerer from the Aztec organization Return of the Winged One, punished by being ordered to infiltrate Academy City and kill Etzali (the fake Unabara Mitsuki), joining MEMBER in the process. The Professor seems to be aware that she is a sorcerer. She was also a protagonist in Railgun SS. 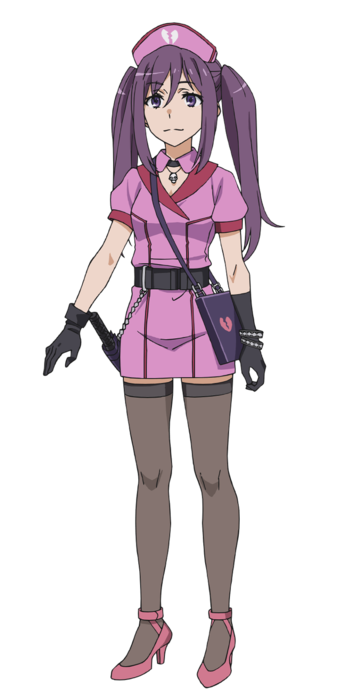 A girl who acts as a liaison between MEMBER and the Board of Directors. She first appears in the Railgun version of the Daihaseisai Arc. She's a level 4 with the ability Liquid Shadow, which allows her to control liquids with a gravity of 20 or higher; her preferences being liquid metal.

A MEMBER operative with a Level 3 teleportation ability.

A member of STUDY, he acts as the group's second-in-command alongside Haruki whenever he's not present. He's a known expert in the field of development biology. He is familiar with piloting mechs when needed in a combat situation alongside Kenji.

A member of STUDY, he mostly stays inside their headquarters to oversee the group's plans.

A member of STUDY, he specializes in the field of Chemical Android R&D. He is familiar with piloting mechs when needed in a combat situation alongside Shunichi.

The only female member of STUDY (That is, before Shinobu was "recruited"), she specializes in the field of molecular biology. She is very close to Haruki. Like Hirotada, she usually stays in their headquarters to oversee the group's plans. 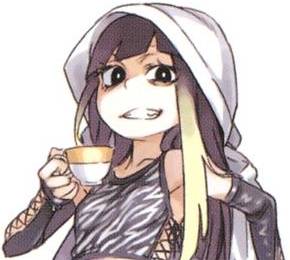 Umidori Kuroyoru is a sadistic girl and a remnant of the Dark May project who leads the mysterious Freshmen.

An esper and a cyborg agent of Freshmen, he's known to have a large collection of at least ten Powered Suits. He is also proficient in handling them. Silvercross worked with Umidori in their plans to assassinate Accelerator and Shiage. 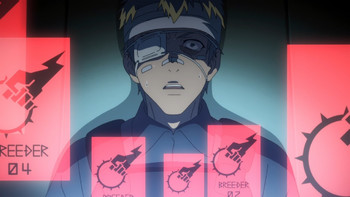 A DA officer, he was responsible for leading an operation to capture Esther Rosenthal before she could make contact with friendles. He gets tangled up with Accelerator in the early parts of his story.

In the anime, his DA codename is Basset Hound.

A DA scientist, he's responsible for ensuring the upkeep of the group's mechs.

In the anime, his DA codename is Dachshund.

A woman working with Hishigata aiming to acquire the "perfect mind and body".

A Dark Side team who specialize in Clean Up Crew jobs for the city's Board of Directors.

The leader of Scavenger, often seen wearing a flu mask. Her Level 3 esper power, Predator, allows her to locate her target by projecting multiple imaginary eyes in the sky. It works better during the night. 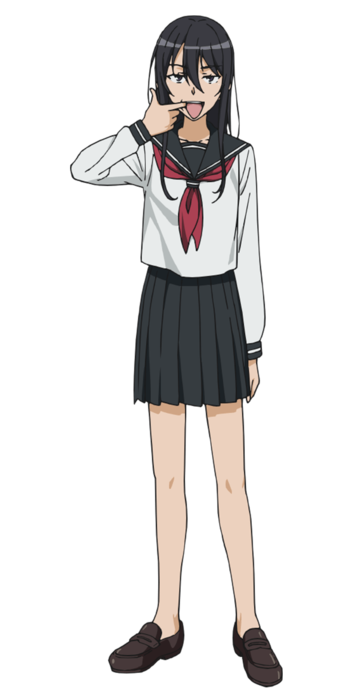 One of the most normal-looking members of Scavenger, she is nonetheless a remorseless killer. Her esper power, Stick Slip, gives her control over friction. In Railgun, it is suggested that Seike may be a boy wearing a girl's uniform and his/her true gender is unknown. 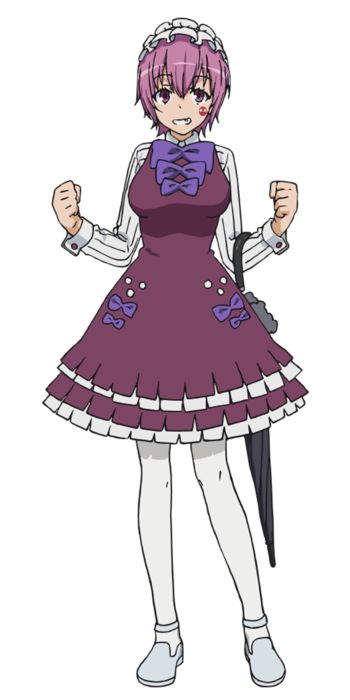 A childish, but no less ruthless, member of Scavenger. Her Level 3 Psychokinesis, Perfect Paper, as the name suggests, gives her control over paper.

Click here to see her design with her hair down 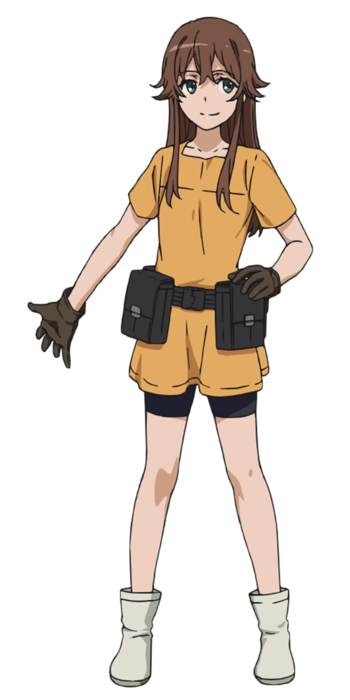 Nicknamed Ya-kun, a Scavenger member slightly more serious than Naru, but also a hardened killer. Her esper power, Mix Master, allows her to separate liquids by manipulating their specific gravity. She then mixes up these liquids and other chemicals to produce various effects.

A Black Ops unit headed by Amata Kirihara. After Amata’s death, their remnants are reorganized under the girl in a red dress.For tropes relating to Amata Kirihara, see here.
Full Course

The leader of team Full Course and the Head-Chef of the Escoffier's kitchen. An esper with the ability, Material Insect, which allows him to control metals, typically in the form of wires.

The sous-chef and The Dragon to the Head Chef of Full Course. He's an esper with the ability called Aqua Navigator, which allows him to control the flow of liquids.

Yumi Tobio’s long-lost twin sister and newly recruited member of Full Course. Her share the same esper ability as her sister, Eruption Sphere, which allows her to gather and compress air currents into spheres in the palm of her hands. 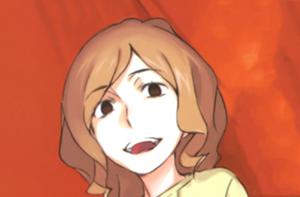 One of the three Kiharas sent to attack Baggage City. 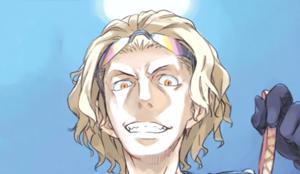 One of the three Kiharas sent to attack Baggage City. He uses various chemicals, developed from the Mental Out Five OVER project, to produce illusions. 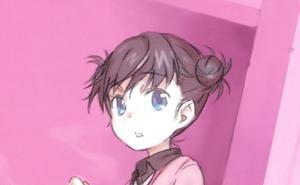 One of the three Kiharas sent to attack Baggage City. She is capable of mimicking other peoples' thought patterns. 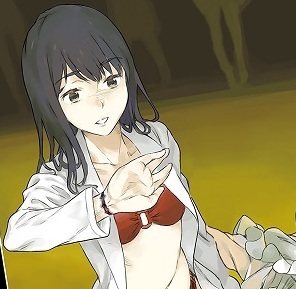 A Kihara sent to negotiate with the leaders of the Science Guardians after the events in Baggage City. 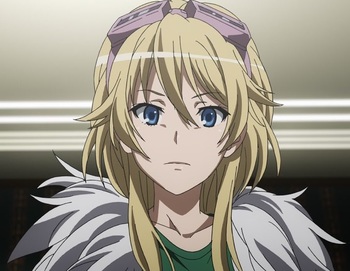 A mercenary hired by Thomas Platinaburg in order to dispose of Accelerator. A close friend of Sunazara Chimitsu, which doesn't bode well for Platinaburg when he tries to use him as a bargaining chip for her cooperation. 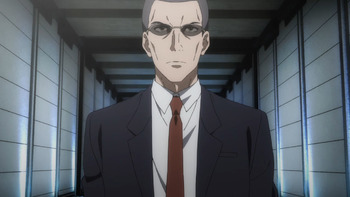 An assassin and bodyguard working for Shiokishi. Sugitani is also a ninja descendant of the Kouga. 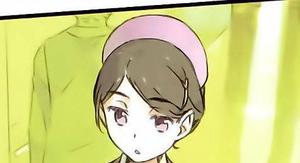 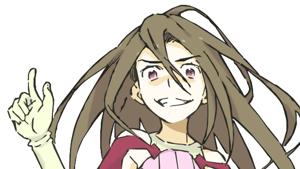 A new Cyborg developed by Academy City to match up with the Level 5 Espers; serves Yakumi Hisako. 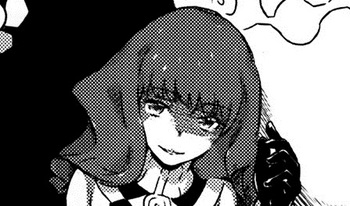 A Level 3 with the ability Mental Stinger, which gives her mental powers similar to Misaki Shokuhou. 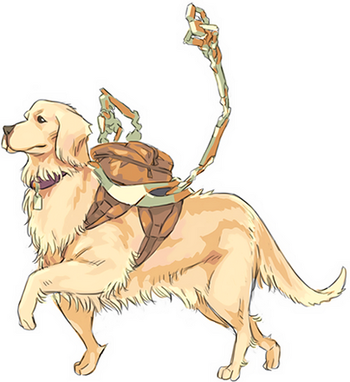 A golden retriever made a Kihara by expanding the canine's brain, giving him human-like intelligence and lifespan. First mentioned in passing in the 4th New Testament volume, he properly appears at the end of the 7th volume. Not much is known about him, but recent novels have been gradually revealing more.

Leader of a three-man team targeting Accelerator to secure DNA samples. She uses the Ultra-high Pressure Water Cutter stolen from a raid on secret research facility.

The only guy in the three-man going after Accelerator. He has no ESPer skills, but is a muscular man who serves as the muscle when a fight is about to start. Hiromi also lugs ammo for Youko's Ultra-high Pressure Water Cutter.