A Certain Magical Index / Scientific Railgun / Scientific Accelerator character index
Main Characters
Touma Kamijou | Accelerator | Railgun's Main Cast (Mikoto Misaka)
Science Side
The Teachers and Students of Academy City | Academy City Founders, Researchers and Law Enforcement
Academy City's Dark Side | The Sisters | Other Science Side Characters
Magic Side
England and its Allies | The Roman Catholic Church | GREMLIN | True GREMLIN | Other Magic Side Characters
Other Characters
Other Light Novel, Manga, and Anime Characters | Audio Drama, Video Game, and Movie Characters
This is the character page for those in authority positions in Academy City in
Advertisement:
A Certain Magical Index and its spin-offs. This page includes the founders of Academy City, the researchers, and the law enforcement organizations Judgment and Anti-Skill.
open/close all folders

The Wickedest Man In The World 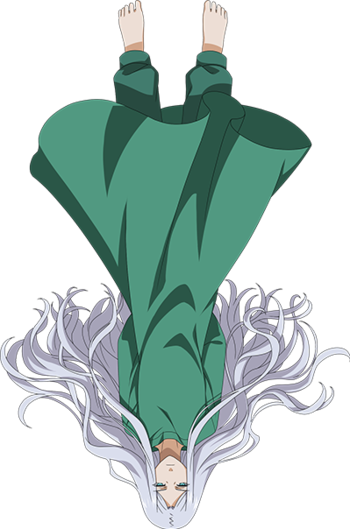 An ancient sorcerer who resides within the Windowless Building, the founder and General Superintendent of Academy City. He rules Academy City from the shadows, having a higher authority than even the directors. He has a hand in almost everything going on within the city, and spends most of his time weaving innumerable plots together. Possibly the Big Bad of the entire series, though his motives remain mostly unknown save for two — creating an Artificial Heaven, and wanting Shiage Hamazura double-dead for messing with his calculations for his many plans.

A high ranking Academy City doctor whose face resembles a frog, leading to his nickname, "The Frog-Faced Doctor". He often treats Touma's injuries after his latest escapades. An old friend of Crowley, as chief doctor he built and oversees the machinery that keeps the ancient mage alive. He is a kind-hearted old man who faithfully follows his Hippocratic Oath and treats the injuries of everyone who comes to him, good or bad.

The New Board Chairman (SPOILER)

The Board of Directors

The mother of Suama Oyafune, one of Touma's teachers. She persuades Touma to intervene in the tensions between Academy City and the Roman Catholic Church, since the Board of Directors refuse to take action. 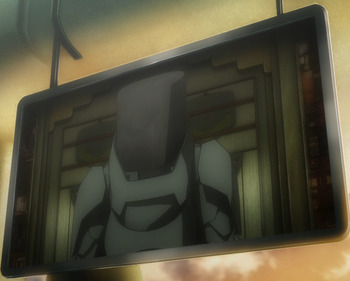 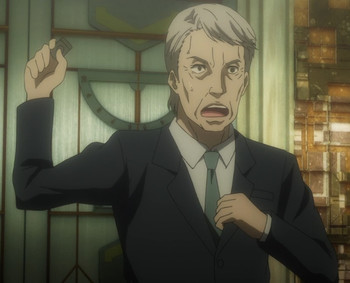 Shiokishi out of his armor

The man in charge of Academy City's military research. 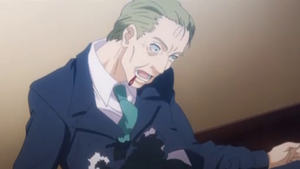 The man who funds ITEM. It seems that he is involved with Academy City's dark side. 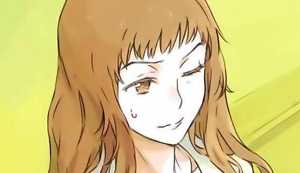 A member of Academy City’s board of directors who has a primarily focus on medicine.

The man in charge of locating Gemstone espers. Seria Kumokawa is employed as his advisor.
Rizou Nakimoto

In the anime, his DA codename is Breeder.

A member of the Board of Directors who finds himself at odds with the new Board Chairman's intentions going forward with Academy City. Formerly an elite member of a rescue squad. 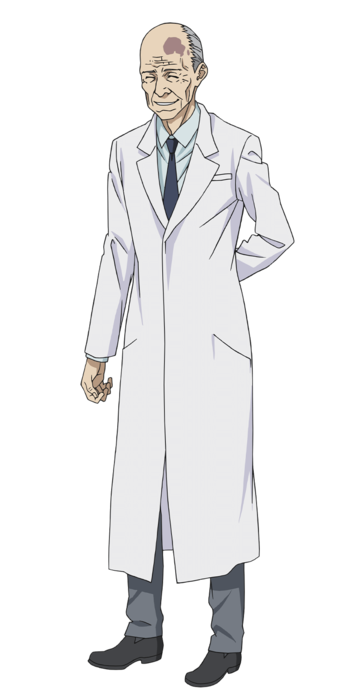 Head of the infamous Kihara family. He is also responsible for beginning the Level 6 projects. 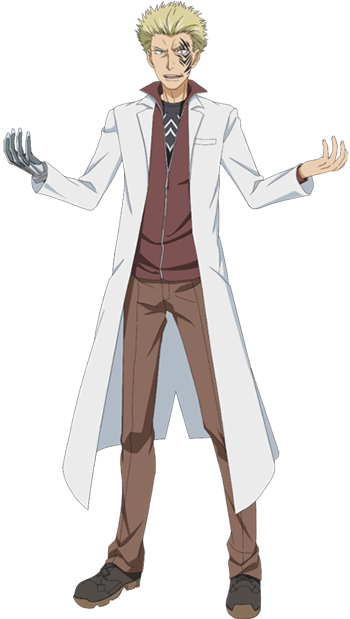 Commander of the Hound Dogs black-ops unit who serves directly under Aleister Crowley, Amata is a sadistic scientist, and the one who originally discovered Accelerator and taught him how to control his power. He is Gensei's son.

A teacher of Child Errors (Academy City orphans) as well as a scientist specializing in AIM and the human brain. 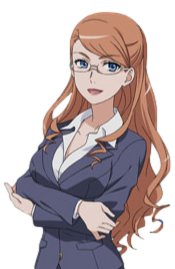 The head of Multi Active Rescue unit or "MAR", a search and rescue unit, and an anime-original character from A Certain Scientific Railgun.

A scientist who worked on and heavily invested in Project Radio Noise and the Level 6 Project. He was left bankrupt when the Level 6 Project was shut down. In response, he angrily infected Last Order's brain with a computer virus that would cause every member of the Sisters to go berserk and attack people, only to be stopped by Accelerator and his colleague Kikyou Yoshikawa.

One of Academy City's researchers, as well as one of the direct heads of the "Level 6 Shift" She is also partly responsible for the rescue of Last Order from Ao Amai's plans. She is one of Accelerator's guardians, and is also one of the few people whom he generally opens up to. 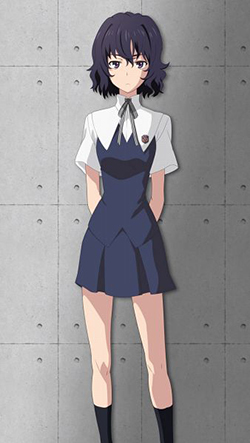 A seventeen-year-old Child Prodigy from Nagatenjouki Academy. She is an expert on biopsychology, and was hired by one of the research facilities in Academy City to work on the Radio Noise project by using her Testament project, a device that allows the quick uploading of information into a human brain. 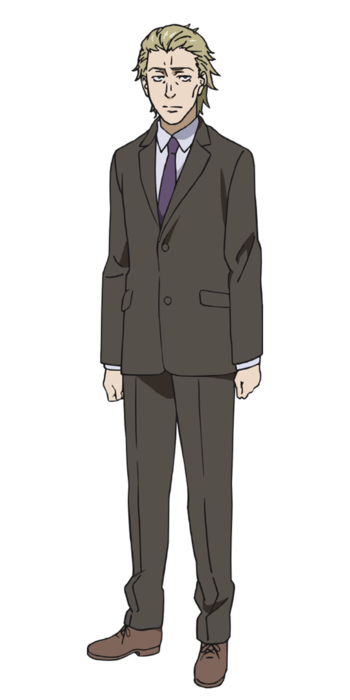 A security consultant who worked as an advisor to the Sisters project. He does not appear to be a researcher or to have any interest in what the group is actually doing. After the shutdown of the project, he became an informant to Misaki Shokuhou. 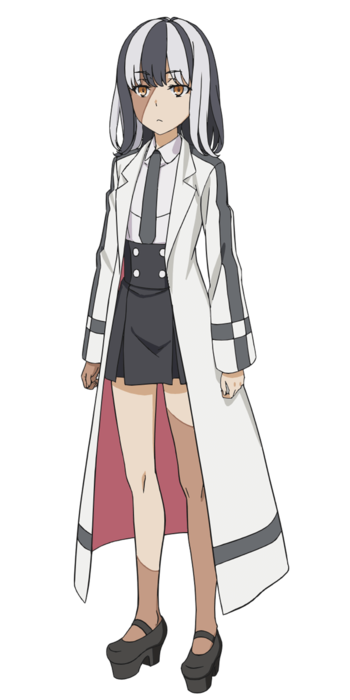 A genius scientist and pioneer in the field of cyborg research who first appears in the Dream Ranker arc of Railgun. Took part in a grisly experiment whereby her body and brain were split up and rearranged into two copies of herself, with cyborg parts replacing the missing limbs and organs of each.

A high school student and Chief of the 177th Branch of Judgment, where Uiharu and Kuroko work. As their sempai before becoming chief, she tries to make sure both girls do their work at Judgment seriously and at the same time want them to be safe. She is a Level 3 Esper with a power called Clairvoyance which, despite what the name implies, is actually X-ray vision. 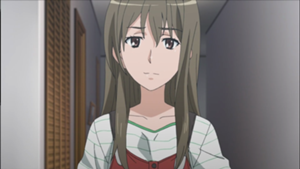 Mii Konori's roommate and fellow Judgment officer, who knows of her dark past with Big Spider. She does not take her Judgment obligations seriously as she considers her love life a higher priority, so she is hardly seen at work, though she will help out if it is important. 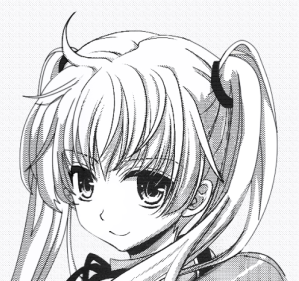 A special little girl introduced in a mini-novel written by the author of Durarara!!, she instigated a fight between Sogiita Gunha and Misaka Mikoto. Unlike the rest of her family, she is not evil and became friends with several of the 'child errors' especially Banri. Her power is similar to Rikou Takitsubo's in that it involves the manipulation of AIM fields, but is not as advanced.

A teacher at Touma's school, as well as an Anti-Skill Lieutenant. Despite being quite beautiful, she's 100% a tomboy and has something of a rather... "spartan" approach to physical fitness. She is Komoe-sensei's best friend, and one of Accelerator's and Last Order's guardians.

A ditzy young teacher who's also a member of an Anti-Skill Swat Team. She has poor time-management skills, is always late, and completely geeks out over fighting games. 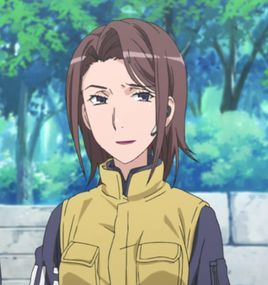 An Anti-Skill officer and former teacher in Nagatenjouki Academy, she was fired from her job after her superior noted her failures in finding a suitable Level 5 candidate from the student body. She's also the culprit responsible for events when students felt paranoid about someone watching them with the "Someone's Watching You" urban legend.

An Anti-Skill officer who works with Aiho in A Certain Scientific Accelerator.

An Anti-Skill officer who works with Aiho in A Certain Scientific Accelerator.