Characters / A Certain Magical Index Other

A Certain Magical Index / Scientific Railgun / Scientific Accelerator character index
Main Characters
Index Protagonists | Railgun's Main Cast
Science Side
The Teachers and Students of Academy City | Academy City Founders, Researchers and Law Enforcement
Academy City's Dark Side | The Sisters | Other Science Side Characters
Magic Side
England and its Allies | The Roman Catholic Church | GREMLIN | True GREMLIN | Other Magic Side Characters
Other Characters
Other Light Novel, Manga, and Anime Characters | Audio Drama, Video Game, and Movie Characters
This page is for the rest of the cast who do not easily fit into the other page categories, generally non-powered humans who have not undergone the Academy City curriculum. 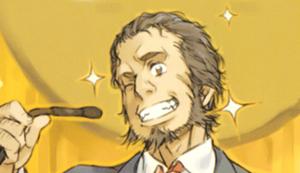 President of the United States of America. Introduced in New Testament Volume 3. 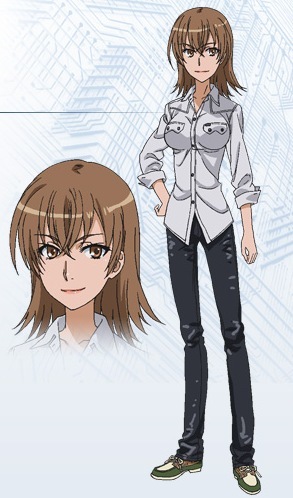 Misuzu Misaka is Mikoto's mother, first appeared in volume 9 and again in volume 10, Volume SS and Volume SS2. Currently studying at a university. Mikoto often comments her mother acts more like a child than she herself is. Misuzu is very weak to alcohol, and after getting drunk she has a habit of clinging to a young guy she finds attractive, as Touma and Accelerator found out in SS1, when she got drunk and clung onto Accelerator, who called a taxi to take her to her accommodation. 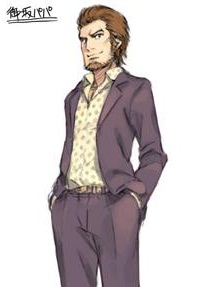 Mikoto's father, who first appears in Volume SS2. His self-created job description is "Finding the flaws in this world and correcting them". He seems to be interested in gemstone espers.

Touma's dad. He is a traveling businessman who has a habit of collecting dozens upon hundreds of good-luck charms in an attempt to alleviate Touma's own bad luck.

Touma's mom and Toya's wife. She is a famous paraglider. 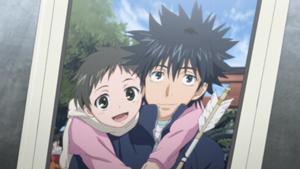 Touma's young cousin. So far, her only appearance was during the Angel Fall arc, where she spent most of it blissfully unaware she was in the body of Mikoto Misaka, frustrating Touma to no end. 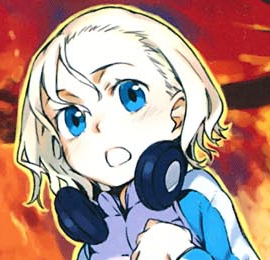 Sister of Leivinia Birdway of Dawn-Colored Sunlight, she has no knowledge of Magic, but is an important Political figure and therefore can not be allowed to become an Esper. She was involved in a case dealing with Alaskan Runes (The Stiyl SS in volume SP). 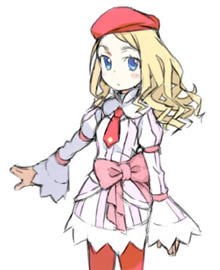 The younger sister of Frenda of ITEM, and friend of Ritoku Komaba, the leader of Skill-Out. Fremea is introduced in New Testament. 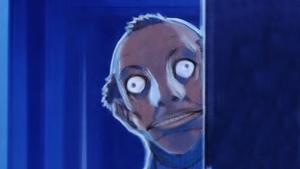 A serial killer whom the heroes briefly contend with and defeat during the Angel Fall arc. He only appears in Light Novel Vol. 4 and was excluded from the anime. 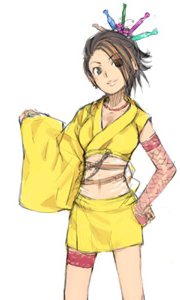 An Iga Ninja who seems obsessed with bringing Hanzou Hattori back into the ways of the Ninja in order to create a ninja troop. 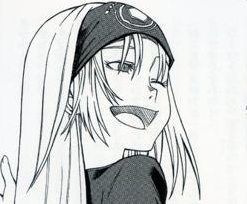 A genius movie director. In the Arts and Sciences Side Story, she goes to Liberal Arts City to find inspiration, only to get caught up in an attack by the Magic Side. After the ordeal, she decides to move to Europe. In Volume 19, it is mentioned that she directed the movie Shiage and Saiai saw at the theater.

A girl who enters the Natural Selector Tournament in NT Vol 4 in an effort to prove that normal people are not to be overshadowed by espers, befriending and teaming up with Maria Kumokawa and Shuri Oumi in the process. 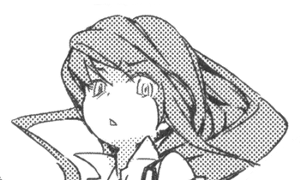 A member of the Kouga School of Ninjutsu. She enters the Natural Selector Tournament in NT Vol 4 in an effort to find people with interesting abilities to analyze for the sake of her school, befriending and teaming up with Maria Kumokawa and Saflee Opendays in the process. She also appears in Railgun taking part in the Academy City jailbreak trial with several other members of her school.

I am the kind of high school boy you can find anywhere.

A mysterious teen. Like Touma, he has a mysterious power sealed into his right hand, called World Rejecter.

A member of the Kamisato Faction. Neither a magician nor an esper, she specializes in tracking using forensic techniques.
Claire Tazuma

A member of the Kamisato Faction. She is a Gemstone esper, whose ability gives her plant-like physiology and the ability to manipulate plant-based matter.
Elza

A member of the Kamisato Faction. She is a magician who channels her power through coins.
Salome 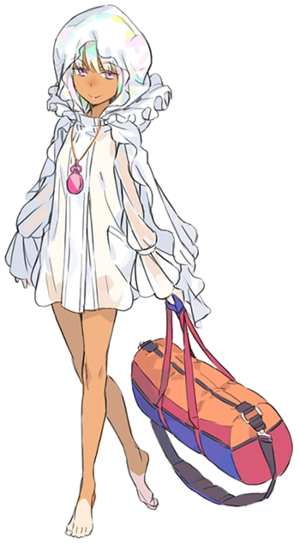 A member of the Kamisato Faction and Kakeru's non-blood related younger sister. Salome is a mass murderer and a powerful magician that uses Celtic-based sacrifice magic. Though considered very troublesome by the rest of the faction due to her personality, she's also the strongest fighter of the group.

A member of the Kamisato Faction and a self-proclaimed Gemstone that claims to have obtained her powers after being abducted by aliens. Actually a magician and spy of the Anglican Church sent to manipulate the faction by the Archbishop.

A member of the Kamisato Faction and pirate girl magician that uses Voodoo-based magic to manipulate her subjective time.
Maya Goryou

A member of the Kamisato Faction and a ghost girl.
Olivia Sawai

A member of the Kamisato Faction and a cosplay girl.