A Certain Magical Index / Scientific Railgun / Scientific Accelerator character index
Main Characters
Index Protagonists | Railgun's Main Cast
Science Side
The Teachers and Students of Academy City | Academy City Founders, Researchers and Law Enforcement
Academy City's Dark Side | The Sisters | Other Science Side Characters
Magic Side
England and its Allies | The Roman Catholic Church | GREMLIN | True GREMLIN | Other Magic Side Characters
Other Characters
Other Light Novel, Manga, and Anime Characters | Audio Drama, Video Game, and Movie Characters
The Roman Catholic Church as portrayed in this series, as well as the characters associated with them. It is the largest faction in the Magic Side, consisting of 2 billion followers worldwide. Please note that the author has taken

several liberties in portraying the religion, and is in no way meant to resemble the actual faith accurately.
open/close all folders
Pope Matthai Reese 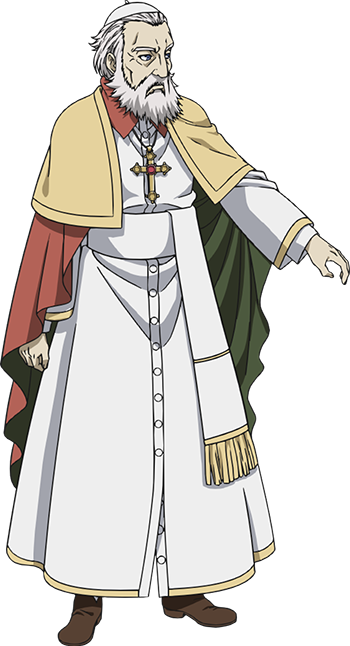 The Pope of The Roman Catholic Chuch and head of the Vatican. While he appears to be in complete control over the church's affairs, he's something of a puppet to Fiamma of the Right. That said, he's not fully content to play second fiddle...

After World War III, he steps down and is replaced by Pietro Yogdis. 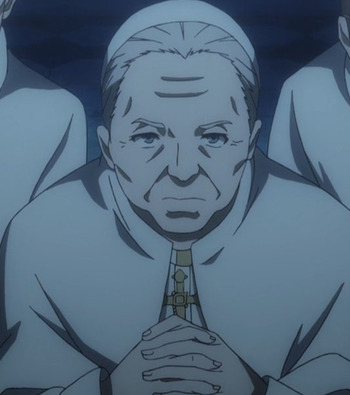 An ambitious Cardinal who was eager to usurp Matthai Reese's position during World War III. His grab for power ended before it could even begin, but to his shock, Reese harbored no ill will toward him and gave him his blessing to become the next Pope after he retired. Pietro was so touched that he turned over a new leaf.

A Roman Catholic nun who preaches in three different non-Roman Catholic countries, including Japan, which also had a church built and named after her. She is also skilled in decoding magical texts and at the start of the Orsola's Rescue arc, she is kidnapped by the the Amakusa Catholics.

A Roman Catholic nun in charge of a large battalion of warrior nuns sent to rescue Orsola and prevent the Book of Law from being deciphered.

One of the nuns of the Agnese forces. Her weapon is a giant carriage wheel derived from the execution of Saint Catherine of Alexandria which creates a storm of wooden stakes. She is often seen with Angelene.

One of the nuns of the Agnese forces. Her weapon is several coin bags which she can move around, derived from Saint Matthew the tax collector. She is often seen with Lucia. 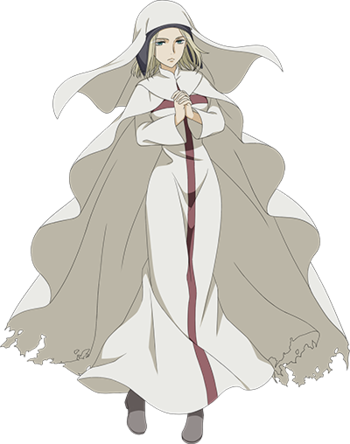 A Roman Catholic radical who hired Oriana and stole the "Croce di Pietro" in a bid to use its power to force all of Academy City into converting to Roman Catholicism. 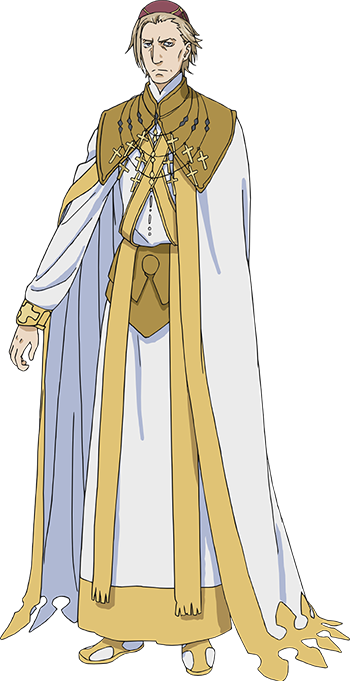 A ruthless bishop who sees the glory of the Roman Catholic Church as everything, willing to sacrifice the lives of anyone in order to preserve its name.

Vento of the Front

Vento of the Front

The Flame of God 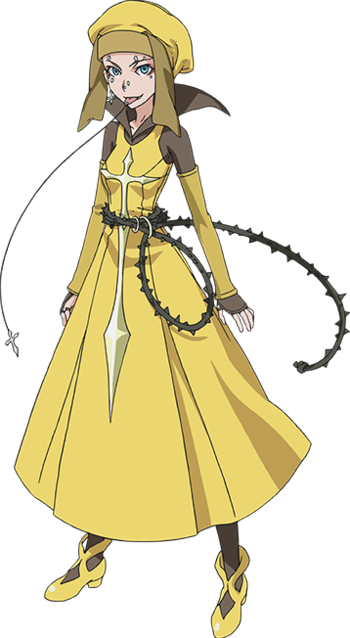 "It's okay to not even be tense, for there's even no luxury of feeling the pain."
Voiced by: Akiko Hiramatsu (JP), Kara Edwards (EN)

The first member of God's Right Seat to directly attack the protagonists. Blessed with "God's Flame", her powers are drawn from the Archangel Uriel. Vento utilizes a hammer capable of manipulating the air into devastating projectiles.

Terra of the Left

Terra of the Left

The Medicine of God 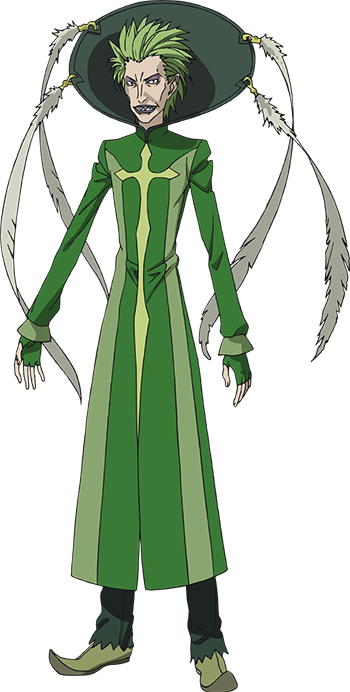 "I wish for salvation, and I wish to bring salvation to others."
Voiced by: Hochu Otsuka (JP), George Manley (Season 2), Garrett Schenck (Season 3) (EN)

The second member of God's Right Seat to come into conflict with the protagonists, Terra is an elderly man who dresses in green. Blessed with "God's Medicine", his powers are drawn from the Archangel Raphael. Terra's special ability is to manipulate the "hierarchies" of everything around him.

Acqua of the Back

Acqua of the Back

The Power of God

Flere210: One Who Changes the Reason for Tears

"Pick any unreasonable fight with me and I will shorten your life span."
Voiced By: Hiroki Tochi (JP), Andrew Chandler (Season 2), Chris Ryan (Season 3) (EN)

The third member of God's Right Seat. Blessed with "God's Power", Acqua's powers are drawn from the Archangel Gabriel, giving him power over water and dominion over the moon. He is also a Saint. He is the only truly good and noble among the four, and a certified badass.

Fiamma of the Right

Fiamma of the Right

The Likeness of God

Aligned with Archangel Michael and blessed with "God's Likeness", Fiamma of the Right is the leader of God's Right Seat and the true power behind the Roman Catholic Church. A manipulative and devious individual, his true objectives are unknown, but they require Index's vast knowledge and Touma's Imagine Breaker to succeed. To obtain them, he engineers a direct clash between God's Right Seat and Academy City, and then World War III.