A Certain Magical Index / Scientific Railgun / Scientific Accelerator character index
Main Characters
Index Protagonists | Railgun's Main Cast
Science Side
The Teachers and Students of Academy City | Academy City Founders, Researchers and Law Enforcement
Academy City's Dark Side | The Sisters | Other Science Side Characters
Magic Side
England and its Allies | The Roman Catholic Church | GREMLIN | True GREMLIN | Other Magic Side Characters
Other Characters
Other Light Novel, Manga, and Anime Characters | Audio Drama, Video Game, and Movie Characters
The Radio Noise project was originally devised to mass produce Level 5 esper clones of Mikoto Misaka, but only managed to produce level 2 and later level 3 espers. It was later retooled in the Level 6 shift project, which involved creating 20,000 clones in order to force Accelerator to attain Level 6. After the project was stopped, several clones are still around after the project. This page details the most prominent ones.

open/close all folders
Clones in General
The clones share the following tropes:
Misaka 0 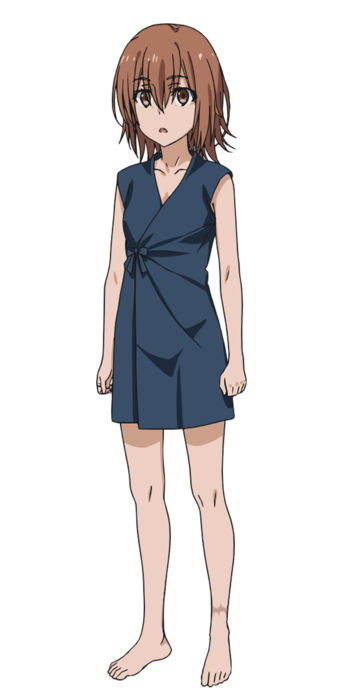 The very first clone of Mikoto Misaka, a Prototype for the Misaka Network. She was not part of the Level 6 Shift project, but was a prototype of the later clones. She appears in flashbacks in the Railgun manga, where she goes by the nickname "Dolly." The cloning process was still imperfect when she was made, so she can't survive without extensive cybernetic implants. 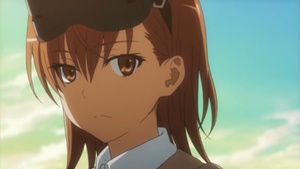 The 9982nd clone in the Radio Noise project, as well as the first clone that Mikoto meets. The two spend the afternoon together before she heads to die at the scheduled experiment, sparking the Railgun version of the Sisters arc. 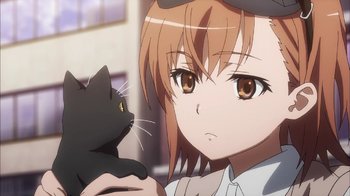 The 10032nd clone in the Radio Noise project. Nicknamed "Misaka Imouto" (Little Sister Misaka) by Touma. She was saved by Touma from the project by defeating Accelerator. Since then, she and the other clones are undergoing personality rehabilitation. She is one of the clones which remained in Academy City, while several others were distributed around the world. 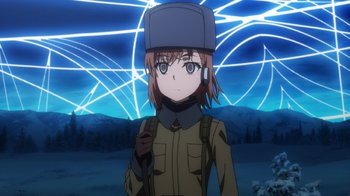 The 10777th clone in the Radio Noise project, she was sent to Russia. During WWIII, she met up with Mikoto. Together, they evacuated towns, disabled nukes, and defeated forces on both sides to prevent casualties.

One of the few remaining clones in Academy City, and also perhaps the most emotional of the entire network.

The 20001st clone of the Radio Noise project, who serves as the administrator for the MISAKA network. As a result, she has more raw power than the other sisters, putting her at Level 3.

The Misaka Network itself. It is capable of thought and action independent of the Sisters that comprise it, but normally this requires special circumstances.