A mysterious group who instigated the ancient war between the Confederation and the Hellas Empire. Their supposed goal was to bring about The End Of The Magical World As We Know It. The Ala Rubra stopped them, though remnants of them are still active, which the Ala Alba are currently fighting.

Tropes pertaining to Cosmo Entelecheia as an organization

The Lifemaker/Mage of the Beginning 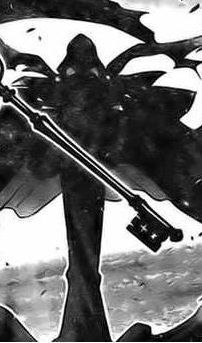 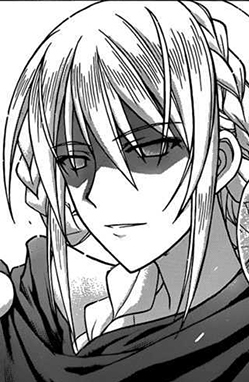 to see their face

Former leader of Cosmo Entelecheia and designated Final Boss. All personal information unknown. Defeated at the end of the war 20 years ago, at which point they had a notable lack of a head, leading Rakan to assure Negi that they weren't around anymore. 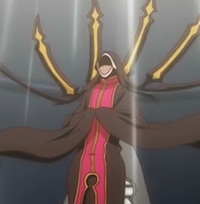 Powerful shadow using mage allied with/controlling Fate. Previously, he fought against Ala Rubra in the war 20 years ago, and currently views himself as The Rival to the new generation. The oldest surviving member of Cosmo Entelecheia, he appears both weary of it and quite enthusiastic at the same time.

Averruncus units and other constructs

A series of Artificial Humans who were created by the Lifemaker in order to serve them.
In General
Fate Averruncus/Tertium

A powerful Earth mage who repeatedly clashes with Negi. Basically emotionless if not vaguely polite outside of his conceit.

He usually seeks to finish battles quickly by petrifying his opponents. Skilled in both Western and Eastern style spell-casting. Knows Supernatural Martial Arts.

The first Averruncus, activated sometime before the start of the war. 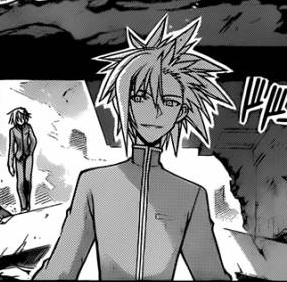 The second Averruncus, activated four years after the end of the war. He's the most emotional of any Averruncus seen, displaying a kind of enthusiastic zeal for Cosmo Entelecheia's mission.

The fourth Averruncus. Quartum is the Averruncus of Fire. His personality is almost alike to Secundum. 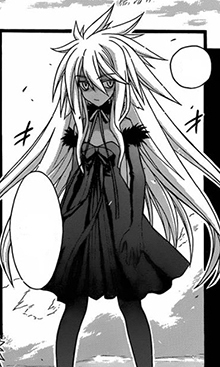 The second Atur of Fire. Nii was the mage who filled the position of the fire mage in Cosmo Entelecheia twelve years before the story. 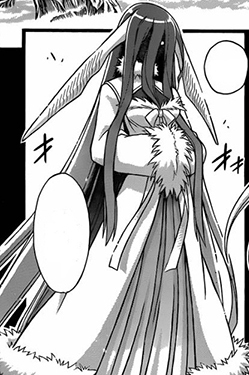 The seventeenth Adad of Water. Septendecim was the mage who filled the position of the water mage in Cosmo Entelecheia twelve years before the story. She appears to be the same model as Primum's two bodyguards from the war.

Fate's assumed Pactio partners. Basically an Amazon Brigade group of Evil Counterpart Psycho Rangers, all of them being Dark Magical Girls that Fate personally recruited since they were all war orphans with no place to go.
In General
Shiori 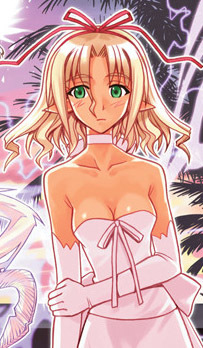 A girl who infiltrates Negi's group under another identity. Her real name is Luna. 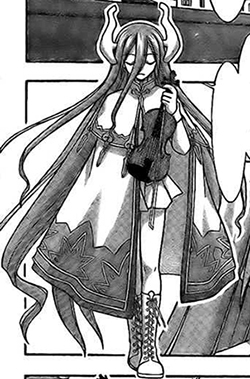 A demi-human girl who uses a violin artifact as her weapon. Her real name is Brigitte. A fire spirit girl. She appears composed, but has a short-tempered personality and tends to look down on others. As a fire spirit, she can set anything and herself on fire.

A cat girl. Her artifact can control time; however, Koyomi rarely can give it any use since she is easily embarassed and distracted from using her artifact when upset. 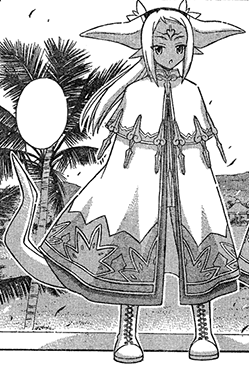 A dragon folk girl. She seems to team up with Koyomi, since their combined artifacts represent time and space. Koyomi is able to stop time long enough for Tamaki to trap people within her artifact. 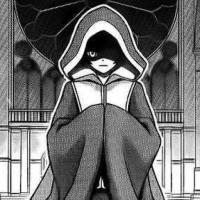 Probably the least known of Fate's allies/minions. Her contribution to the plot is minimal, with the Gateport attack being her only major time of action. Not much is known about her, not even by most of her allies.

These individuals are those who were either hired by Cosmo Entelecheia for a specific task or are assisting them of their own free will for some other reason.
Tsukuyomi 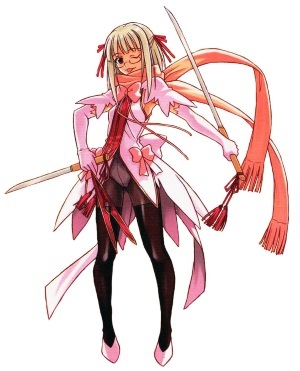 Ax-Crazy, Psycho for Hire Shinmeiryuu who plays the part of Setsuna's Evil Counterpart (amongst other things). Likes to use summoned demons in place of Shikigami. Partial to Gothic Victorian clothes that inevitably get destroyed in combat. Enjoys smiling and laughing during battle (especially against strong women and young-looking boys). 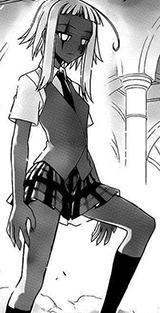 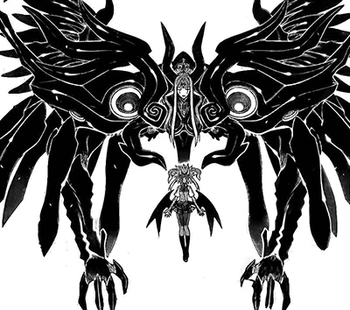 to see her Super Mode

A high-class demon girl allied with Cosmo Entelecheia, who seeks to prevent the events that lead to the apocalyptic future of Chao Lingshen. While she personally has no stake in this future, as a powerful entity she nonetheless feels obligated to do what she can to avert the upcoming crisis.

She initially appears in the Gravekeeper's Palace, and uses the artifact Magic Lantern Circus to halt the Ala Alba's progress. When Negi breaks free and announces that he has found his own solution for the Magical World's crisis she, like the rest of Cosmo Entelecheia, doesn't believe him. 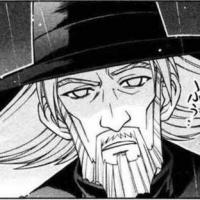 One of the demons who attacked Negi's hometown back when he was still a kid. He came to Mahora with the Slime Sisters not only to seek out Negi himself under orders from Cosmo Entelecheia (or at least, that's what Donnet reports in Yuna's day in the spotlight), but also to know how Negi has improved. 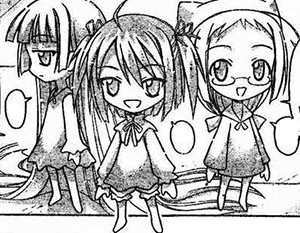