This page is for the staff of Mahora, its associated characters and other miscellaneous characters. 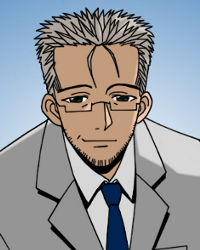 Class 2A's original homeroom teacher, Asuna was quite upset when she learned that Negi was taking over that job. Takamichi is an old friend of Negi's, as evidenced when Negi greeted him in casual mode, when Negi first arrived at Mahora University. 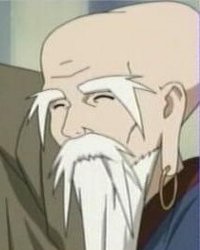 Touko Kuzunoha
One of the magic teachers at Mahora, she's best known for being Setsuna's teacher of the Shinmeiryu arts. She is apparently quite skilled, capable of easily cutting a bullet in half. Not that it helped, but it's the thought that counts.
Professor Akashi

One of the magic teachers at Mahora and Yuna's father. He is quite disturbed by his daughter's Electra Complex. 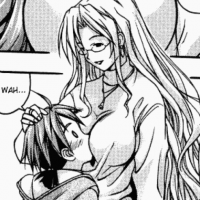 The head nurse and guidance counselor at Mahora. 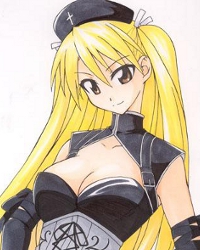 A zealous, by-the-book Mahora High school student who's also a secret dark mage. Also noted for her inability to keep her clothes on, or at least intact.

"I Love Cleaning" or "Cleaning Enthusiast" (for her Pactio) 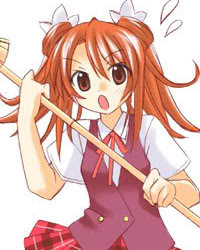 Studies in Mahora Middle School as an exchange student from an American Magic School. Takane's usual partner-in-crime as they are often seen together (also her pactio partner). 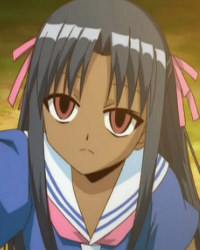 A mysterious young girl connected with the Church, very little is known about Cocone. She speaks rarely, and almost never to anyone but Misora, her Ministra. Because she is capable of performing a Pactio as a Magistra, she possesses some level of magic power, but her strength and skill level are a mystery.

Kaoru Gōtokuji
Kaoru Gōtokuji is a minor reoccurring character that made his first appearance during the preliminary round of the festival fighting tournament. From there he has made appearances as a commentator during the tournament proper. He participated in the Mahora War with several other tournament participants getting seventh place out of the entire school. He has recently made a very minor appearance along with the other three fighters from the festival.
Yuki-chan and Haruki-kun
A pair of elementary schoolers, showing up mostly durning school festivals.
Kagehisa Sasaki
Makie Sasaki's younger brother, who appears seven years after the main story timeline, studying in high school.
Makoto
A close friend of Kagehisa. A Class Rep of one of the classes in St. Ursula Girls' Highschool. 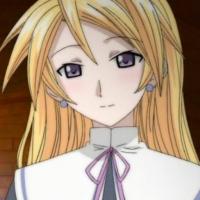 Negi's cousin from his father's side, she was a teenager when their hometown got destroyed. As such and as Negi's relative, she became his caretaker until he went to Japan and she stayed in Wales.

The main villain of the Kyoto arc, Chigusa is a young glasses wearing woman that is supposed to work for Eishun and their magic branch, but has issues with Western mages and magic. A fairly Harmless Villain on her own; even Negi was clearly superior to her at this point. Amusingly enough, all three of her 'minions' are far more important and powerful than she. Her plan to unseal the local sealed demon god failed spectacularly when Evangeline showed up.

Chachazero is Evangeline's other servant. Unlike Chachamaru, Chachazero is basically as crazy and vicious as Tsukuyomi... only she's about a foot tall and completely immobile without someone to supply her with mana, so she basically just gets to say funny things.