This page is for the politicians, Ariadne girls and other residents of the Magic World. 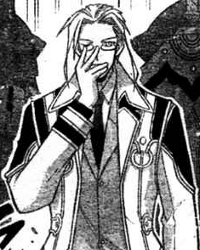 Governor-general of New Ostia. He introduced himself to Negi by taunting him and starting a fight in the streets. He apparently knows a lot about Negi's parents, as well as info concerning what happened during the war, including some things that even Jack Rakan admits to not knowing. 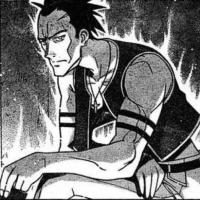 A leader and manager of the local fighting arena, and the one who owns Ako, Akira and Natsumi after they sell themselves into slavery in order to get medicine. 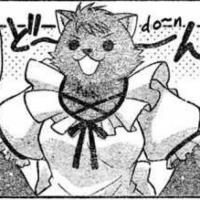 A huge, stern, good-hearted beast woman who is in charge of the slave girls and owns a tavern. Tought but kind, she budgers the girls into working real hard, but also protects them devotedly when her old friend Tohsaka bullies them.

A mysterious figure who attacks "Nagi" not long after he descends into Ostia, having a particular grudge against Ala Rubra. 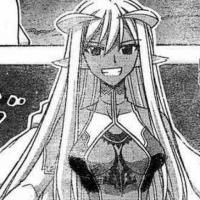 The third Imperial Princess of the Hellas Empire and seems to serve as their primary diplomat. While publicly she appears refined and quiet, when she's away from the crowds and cameras she's quite the glompy Genki Girl. Furthermore, she is one of the strongest allies of Ala Rubra after they rescued her when she and Arika were imprisoned together. 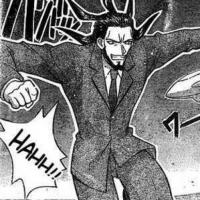 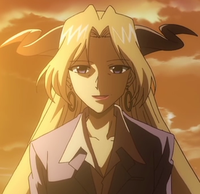 The current General Secretary of the Order of Magical Knights, Headmistress of Ariadne Girls Academy. She had field command of the Ariadne Magical Knights (at least) during the climactic final battle of the war, 20 years ago. 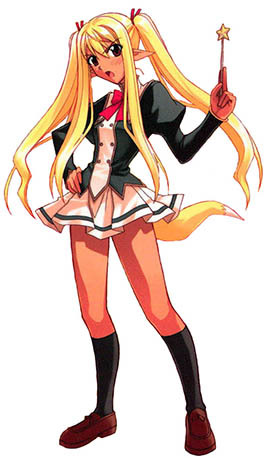 A beast girl who is among the top students of a magic school in Ariadne. Quite arrogant at first; when Yue Ayase arrives she treats her rather badly, but they become friends after they have to work together to defeat a griffin dragon... 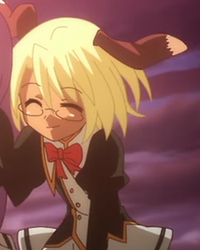 Another student from the Magic Academy, she's the first one that Yue interacts with. Also, she is the one who caused Yue's loss of memory, by accidentally hitting her with a spell. 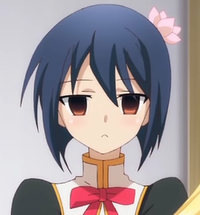 A pair of cat demihuman students of the magic school.

A mercenary association of which we get to see in action the seventeenth unit of the bounty-hunting division.This unit seems to consist of four people: Alexander "Twilight" Zaytsev- the captain of the unit, Razo, Paio II and Morborgran.
In General
Alexander Zaytsev

The leader of the mercenary group.

A demihuman girl who besides working as a mercenary, is a self-proclaimed Boob Goddess with an obsession with groping naked breasts. 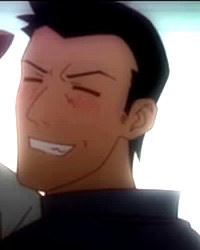 A truck driver who gives Yuna and Makie a ride to Ostia from the oasis town they were stranded in by Cosmo Entelecheia. Since developing a fondness for the girls on the way there, he's decided to stick with Ala Alba and help them save the world. 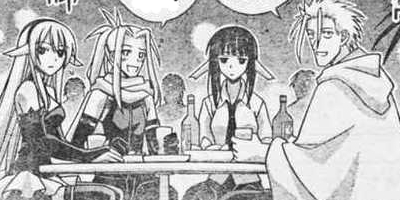 Four adventurers who take Nodoka under their wing upon her arrival to the Magical World.

The elder sister of Luna aka Shiori. A young woman living with her sister in a small village of mind-readers in a mountainous region of the Magical World.