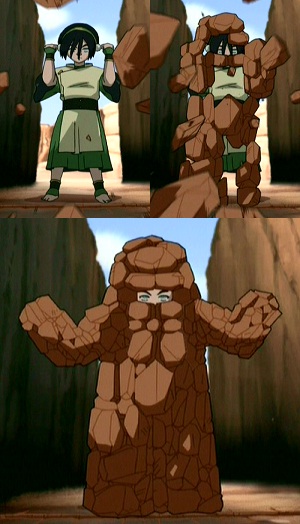 Wreathed in Flames is a Sub-Trope. Elemental Barrier is a Sister Trope. See also Elemental Weapon.