This page is for everyone who is or was a member of Ala Rubra or was a close ally. 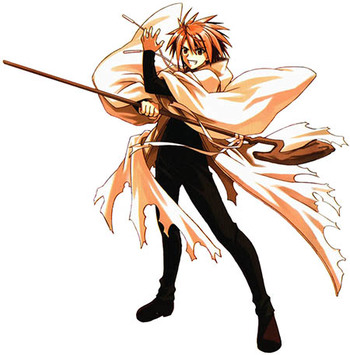 Negi's Disappeared Dad, the epitome of the Idiot Hero, and quite possibly the most powerful combat mage ever to live. Unlike his son, he is straight forward, child-like, laid back and disrespectful. He hates respectful titles and prefers to be called by his name without honorifics and such.

He has a strong affinity for lightning and has mastered the element's strongest spells. Though his skill in battle is beyond question, he actually isn't all that good at remembering his magic, and often has to read his spell incantations off of a notebook. 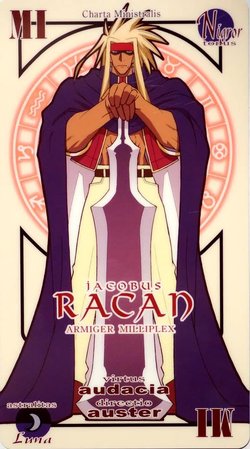 An extremely powerful warrior who's every bit as invincible as Nagi (the one time we saw them fight, it was a draw). He is a very laid-back and seemingly carefree person, loving nothing more in life than cute girls and powerful opponents. He primarily works as a mercenary, charging hilariously overpriced fees for his help, but ended up joining the Ala Rubra and fighting alongside them to save the world.

Though he can use magic, it really isn't his style; he prefers to use swords, fists, and Ki Manipulation. His decades of experience in battle leave him with few to no weaknesses as a fighter, a fact he tries to hide with his goofy attitude and lack of (apparent) strategy.
—— 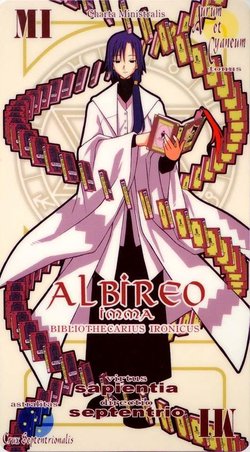 A powerful mage who is proficient with both gravity and healing magic in addition to his being a skilled unarmed combatant. At some point, he becomes a Minister Magi to Nagi and is revealed to have several more contracts in the past, all of which are dead. The fact that his pactio with Nagi remains active serves as a proof that the Thousand Master is indeed still alive, though Albireo himself doesn't know where he is.

He is currently living underneath Library Island at Mahora. 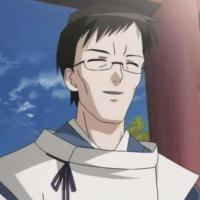 A master of the Shinmeiryuu style, Eishun is currently the head of the Kansai Magic Association. He's also Konoka's father, and by extension Headmaster Konoemon's son-in-law. Before marrying into the Konoe family, he was part of the Aoyama clan (relation to Motoko and Tsuruko is unknown).

Voiced by: Jun Fukuyama (Only in the Drama CD) 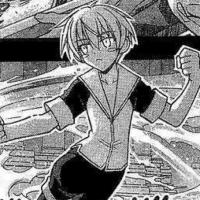 A calm and collected warrior excelling in unarmed combat and counter magic. Nagi addressed Zect as "Oshisou", which means the same as "sensei" (i.e. teacher, master in the master/journeyman sense), but is more old-fashioned.

Allies in the Great War

Voiced by: Megumi Hayashibara (Only in the Ala Rubra Drama CD) 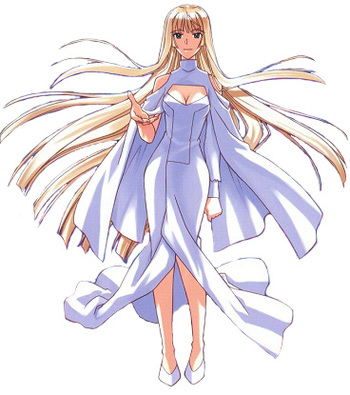 The last queen of the Vespertatia Kingdom of Ostia. Before she ascended to the throne, she asked Ala Rubra to work for her to end the war and save the world from Cosmo Entelecheia. Twenty years later, she's a well-known criminal blamed for causing her own country to fall from the sky. However, the circumstances that lead to it were more complicated than the public knows.

She was in love with Nagi, even though she only expressed her feelings for him by slapping him in the face. It's been confirmed that she was Negi's mother.

Voiced by: Keiji Fujiwara (Only in the Ala Rubra Drama CD) 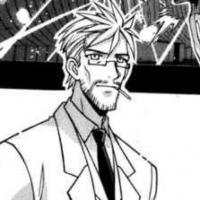 Takamichi's master and a soldier from Megalomesembria who allied himself with Ala Rubra during the great war. He's deceased by the time of the present, having died from an injury in front of his student and Asuna.