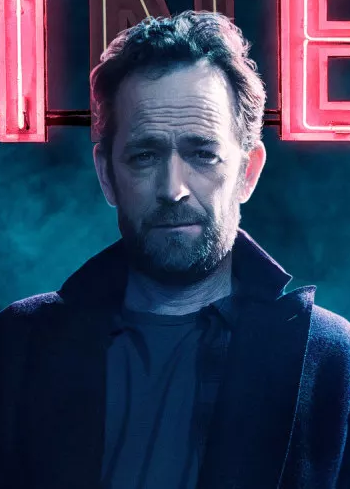 I need you to tell me the truth about something. I know my son has passion for music, but does he have talent? See, I want to be supportive but as a parent, it's really hard to watch your kid chase a dream they may never catch when real opportunities are passing them by.
Played by: Luke Perry, KJ Apa (younger)

Archie's father, who hopes his son will take over his construction business someday. 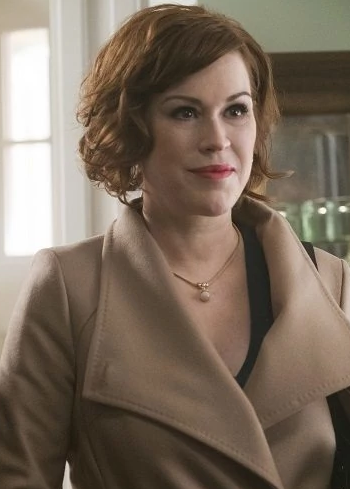 Archie's Missing Mom who returns to Riverdale in light of recent events.

An ex-soldier in the US Army and Fred's brother, he once led a troubled life before and after he entered the military. 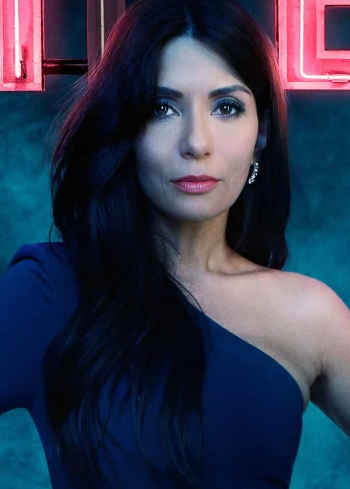 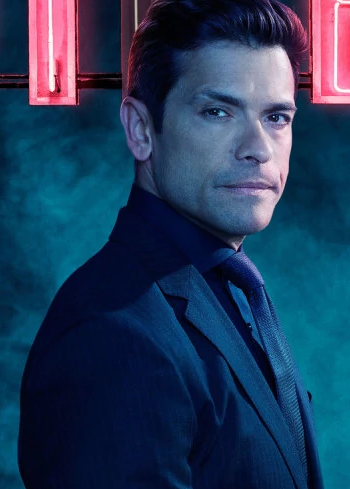 "So disrespectful. Not like you at all, Mija."
Played by: Mark Consuelos, Michael Consuelos (younger)

The doorman at the Lodge's apartment building.

The Pentrose’s new doorman, whom Hiram brings in to replace Smithers. He is secretly a mob enforcer working for Hiram.

Hermosa, a Miami-born and -raised private investigator who arrives in town in classic femme fatale fashion. Hermosa is confident, ambitious and calculating — and knows that everything comes with a price. 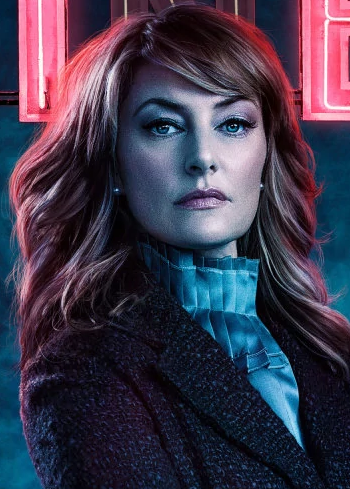 Slut-shaming. It's what they call it when sluts get shamed.

Betty's mother and editor of the local newspaper. 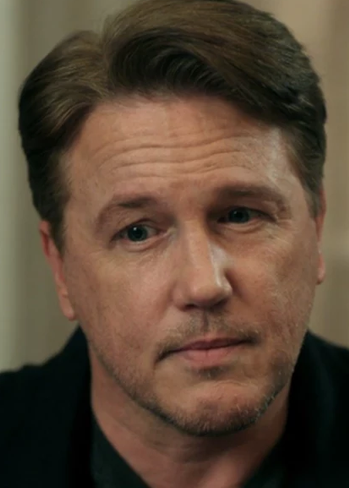 Betty and Polly's father and Alice's husband, co-editor of the news. 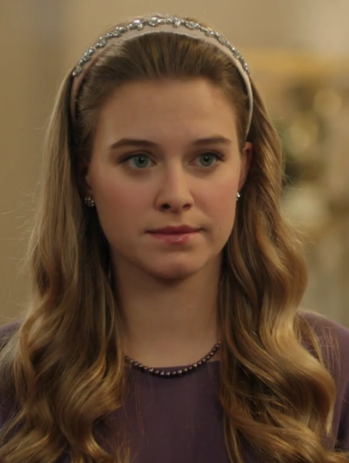 Betty's older sister, who suffered a breakdown and currently lives in a group home. 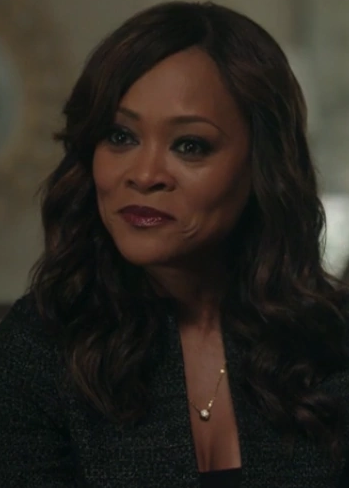 Josie's mother, and the mayor of Riverdale.

Josie's father, a jazz musician who is often on tour. 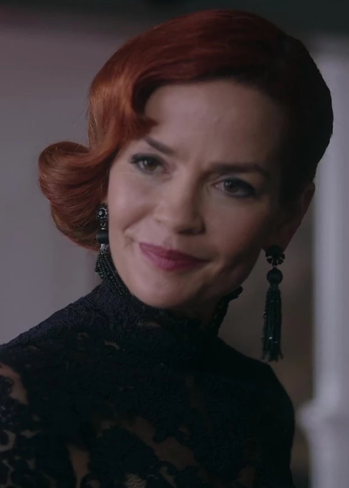 The wealthy mother of Cheryl and Jason with a seething hatred of the Lodge and Cooper families.

The equally wealthy and nasty father of Cheryl and Jason, with a long and bitter family feud against the Coopers.

Cheryl and Jason's grandmother, who's much kinder and more reasonable than their parents. 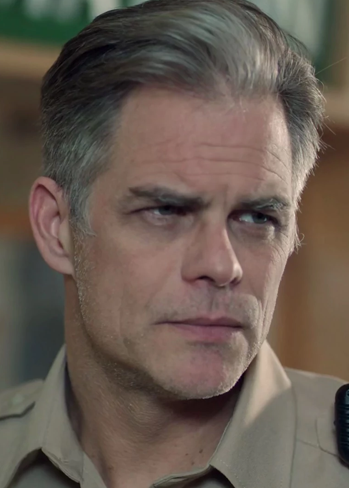 Kevin's father and the head of the local law enforcement.

Reggie's father and owner of a successful car dealership. 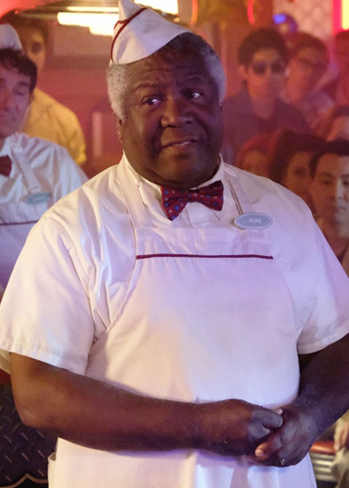 The previous owner and face of the Chock'lit Shoppe, a much loved diner. 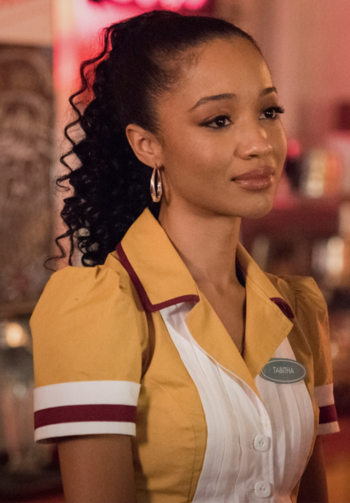 Pop Tate's granddaughter who arrives in Riverdale to take over Pop's Chock'lit Shoppe hoping to franchise the iconic diner.

Michael Minetta is an old associate of Hiram’s, who he hires to take over as the town’s new sheriff following Keller stepping down.

Played by: Julian Haig
A member of organized crime that belongs to the Grande family, who is introduced in season 3.—- 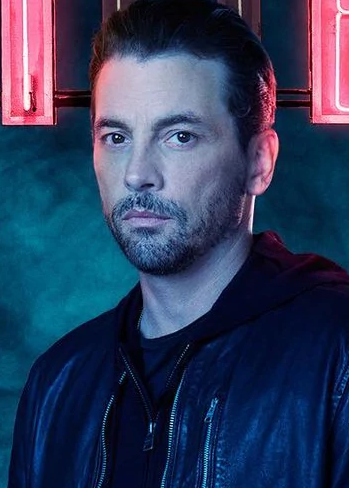 Jughead's father, who runs the local biker gang the Southside Serpents, and is working with Hermione Lodge to further her husband's plans for Riverdale.

As A Whole
A notorious biker gang that dominates the Southside of town known for drug dealing and theft. FP Jones is their leader.
Joaquin DeSantos 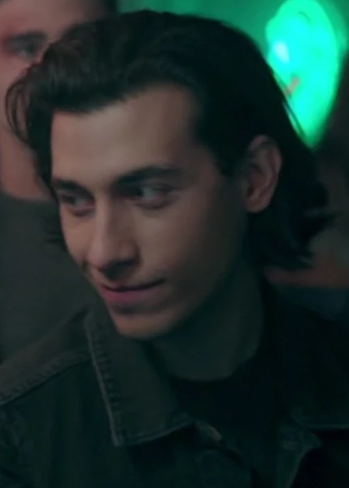 A member of the Southside Serpents. He starts a secret romance with Kevin Keller in 1.04.

Mustang is a minor member of the Southside Serpents and an all-around dangerous thug.

A senior member of the Southside Serpents and FP Jones' right-hand man. 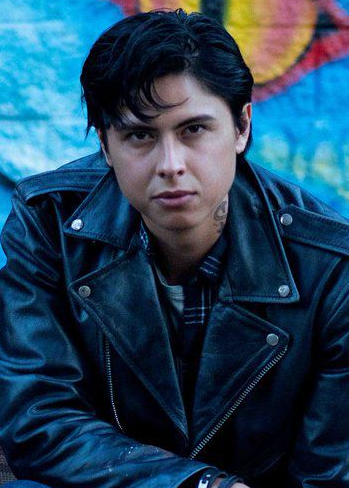 A student of Southside High and a leader among the high school aged members of the Southside Serpents. 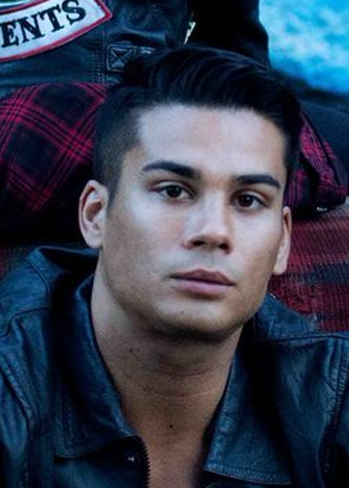 A student of Southside High and member of the Serpents 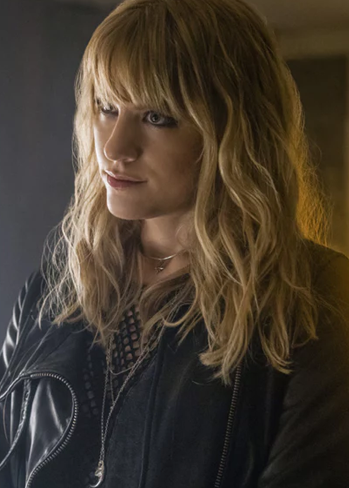 A shady lawyer who often works for the Serpents and is a member of the gang.

As A Whole
A rival Southside gang, who have been trying to encroach on the Serpent’s territory for years. Whilst less well known, they are worse than the Serpents. Shortly after the start of season 3, they become the Gargoyles instead.
Malachai

Played by: Tommy Martinez
The leader of the Ghoulies gang.

An English teacher at Southside High school and the editor of the school's newspaper the Red and Black, secretly he is also the Sugar Man. 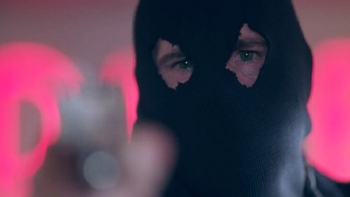 I am the wolf. You are the flock. This is the bloodletting. You will hear from me again.

A mysterious man introduced in the season one finale, and the focus of a now hellbent Archie' quest for revenge.

A mass murderer who terrorised Riverdale back in the seventies and was never caught.

As A Whole
Edgar Evernever

Played by: Chad Michael Murray
A recent arrival in Riverdale with his daughter Evelyn, Edgar is a new-age health “guru” who has helped Alice get her life together after the events of Season Two. He's attractive, in a neighborly way, and charismatic — a wise, comforting presence.
Evelyn Evernever

The man who led the settlement of the Sweetwater River valley, he is considered Riverdale's founding father.

Jason and Cheryl's great-great-great-grandfather. He was also responsible for bankrolling General Pickens's settlement of the Sweetwater River valley.

A figure of great mystery and unsettling occult energies around town, the Gargoyle King seems to live and breathe through his tabletop game, Griffons and Gargoyles. At first utilized by Hiram Lodge to extend his influence, the Cult has since proven Evil Is Not a Toy and seems to no longer be under his power. The Gargoyle King himself makes use of a Collective Identity of sorts. Many, many people have been the Gargoyle King.