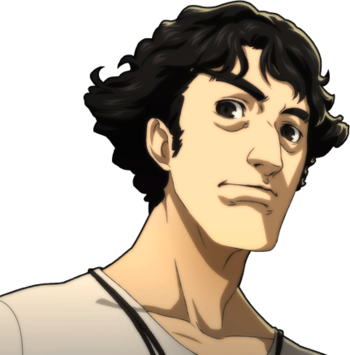 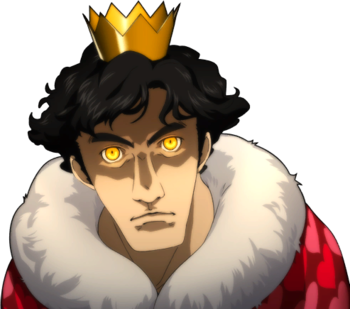 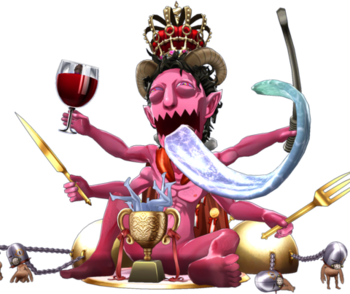 Advertisement:
"This is MY castle- a place in which I can do whatever I want. Everyone wishes to be loved by me. ...That is, everyone besides slow-witted thieves like you."
Sin: Luxuria (Lust)
Shadow: Asmodeus
Voiced by: Yūji Mitsuya (JP), D.C. Douglas (EN)
Stage actors: Shun Takagi (The Stage)

The first major target, Kamoshida is the gym teacher at Shujin Academy who is also a former Olympic volleyball gold medalist. He has been using his position to sabotage other sports teams at Shujin to make the volleyball team he coaches appear to be the school's sole pride and joy. His warped sexual lust for the volleyball team's female members - and, more so, Ann Takamaki, as well as his lust for total domination towards his male athletes creates a Palace in the collective unconscious where he takes the form of Asmodeus, the demon of Lust.