Secondary NPCs in Persona 5 who don't serve as accomplices or targets.

Yusuke's deceased mother who painted under the tutelage of Ichiryusai Madarame. In spite of her health problems, her determination to paint one final piece for the sake of her son never wavered. Madarame would subsequently steal said painting, dub it Sayuri, and use it to rise to the top of the art world.
Naoya Makigami 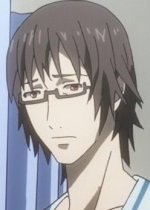 The younger brother of Kazuya Makigami, he currently studies at Kosei High School and is a classmate of Yusuke. Appears in Persona 5: The Day Breakers. 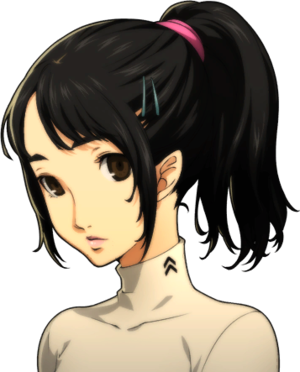 A Shujin Academy volleyball player, and Ann's best friend. She's one of Kamoshida's favorite targets, and when Ann refuses to give in to his advances, he sexually assaults Shiho in her stead, driving her to attempt suicide by jumping from the school rooftop.

Some of Ryuji's former teammates on the Shujin Academy track team. Nakaoka and Takeishi are his yearmates, while Ikeda has since graduated. 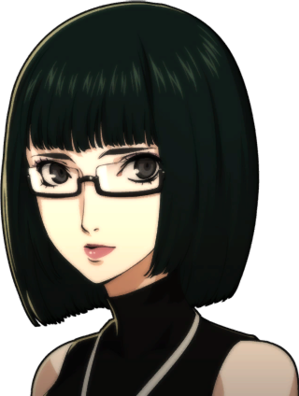 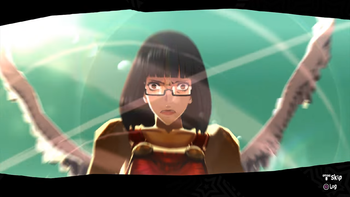 "Once my research is finished, we can go wherever you like. I'm sorry for leaving you alone for so long, Futaba..."

Futaba Sakura's mother and a prominent scientist. She apparently committed suicide via walking into oncoming traffic a few years prior to the game's events and her death prompts her daughter to become a depressed Hikikomori. 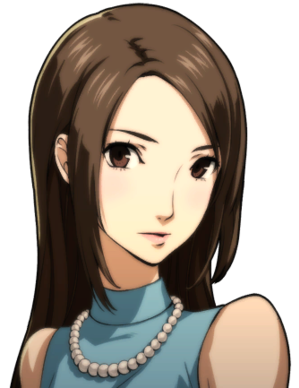 A model working for the same agency as Ann. She plays a big role in Ann's Confidant. 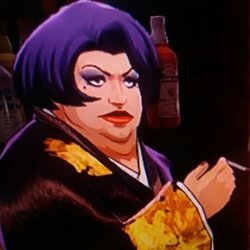 "You sure do come here a lot... Not that I mind, but keep yourself in check, okay?"

The owner of the Crossroads Bar in downtown Shinjuku. She can employ Joker to help her work in the bar and has Ichiko as one of her regulars. She shows up in Ichiko's Confidant route. 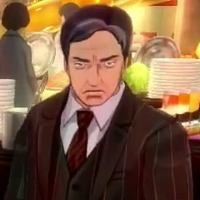 A high-ranking employee of Okumura Foods and a notable figure in Haru's confidant. 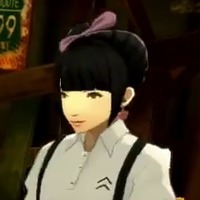 A third-year girl that Makoto befriends during her Confidant. 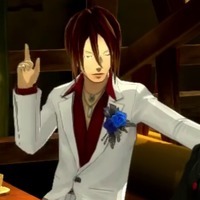 A host in Shinjuku and Eiko's boyfriend. In the anime, he's also a Shadow in Mementos, taking on the form of the demon Anzu. 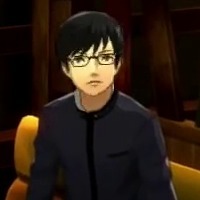 The adopted son of Munehisa. He's known to be a hard-working student.

One of the employees in the convenience store in downtown Shibuya. She helps Joker with his part-time job.

The director of an art student foundation and talent scout who approaches Yusuke during his Confidant events. 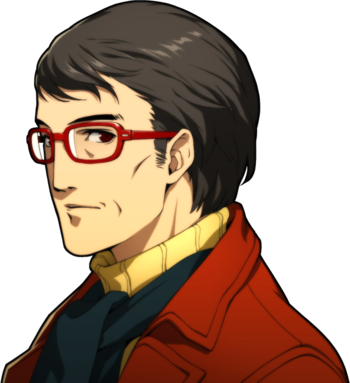 The father of the Yoshizawa twins and their sole legal guardian, he hosts the talk show that Akechi is first met at. He's quite overprotective and more often than not calls Kasumi home when she goes out alone for too long. 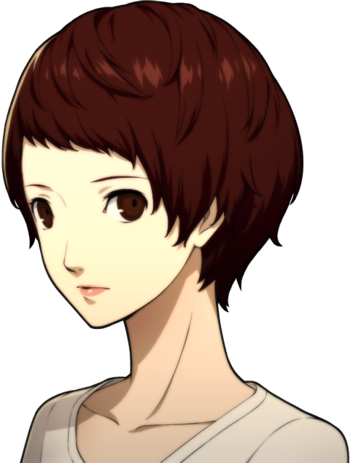 Maruki's ex-girlfriend whose parents were murdered a few years prior to the events of the game. As a result, she suffered from catatonic depression and PTSD that resulted in hallucinations and flashbacks to her parents' death.

Maruki's anger at a reality that would make someone as innocent and good-natured as Rumi suffer like this eventually awakened him to the power of Adam Kadmon, the creator of wisdom, with which Maruki was able to grant Rumi's wish of forgetting her pain. At the cost of having most of her memories overwritten, she was freed from her extreme depression and trauma, and was able to resume a relatively normal life. Not wanting to chance Rumi relapsing by regaining her original memories, Maruki gave her a cheap excuse and distanced himself from her afterwards. Statues of her can be seen at the Twilight Corridor section of Maruki's Palace, and the newsletter about her parent's murder becomes Maruki's treasure. The protagonist keeps this newsletter as a Memento MacGuffin of his and Maruki's friendship. 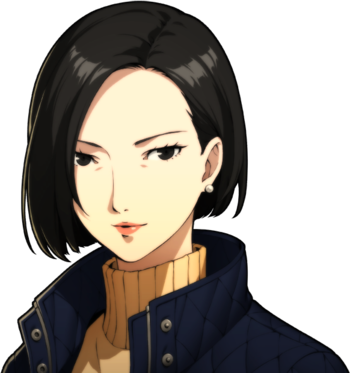 The Yoshizawa sisters' gymnastics coach, who appears in the latter half of Sumire's Confidant. 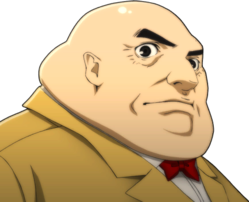 The principal of Shujin Academy who reluctantly allowed the protagonist to be transferred into his school. 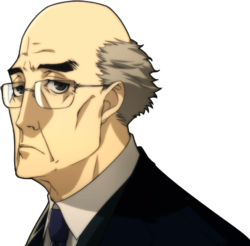 Head of the Public Prosecutor's Special Investigation Unit in Tokyo, he's in charge of investigating high profile cases such as tax evasion and corruption. 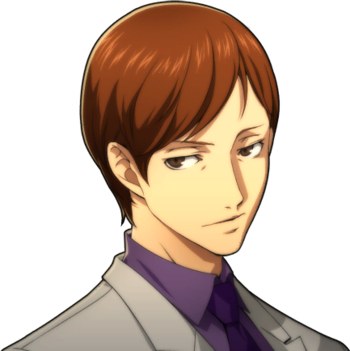 The son of a highly influential politician who was assigned a marriage to Haru by her father Okumura simply to allow him to compete presidency with Shido, with full knowledge that he doesn't care about her. His cognition in Okumura's Palace fights the party as a special Corporobo.

In General
These influent and wealthy men are Shido's most trustworthy associates. They appear as half-Shadow Self cognitions in Shido's Cruiser Palace, and when confronted they take the form of Demons to attack.
Ooe 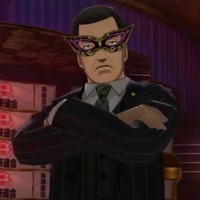 A pro-Shido politician who's part of his Antisocial Force. Shido's cognition of him fights the party as the demon Yamata-no-Orochi. 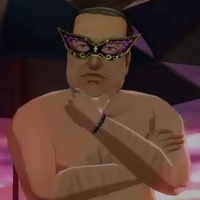 A member of Shido's Antisocial Force. He is a kazoku,

a descendant of the aristocratic houses of Imperial Japan who were forced to renounce their titles after World War II. The cognitive version of him in Shido's Palace fights the party as the demon Forneus. 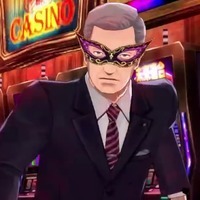 A member of the Antisocial Force who runs a TV network company. Shido's cognition of him fights the party as the demon Hanuman. 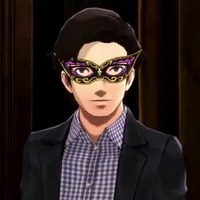 A member of Shido's conspiracy group who runs an IT company that's been manipulating the Phantom Thieves' public image. In Shido's Palace, the cognitive version of him fights the party as the demon Oberon. 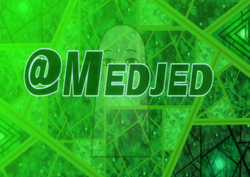 This is what seems to be an international hacktivist group who threaten a mass-hacking attack on Japan if the Phantom Thieves don't expose themselves, since they believe themselves to be the only group allowed to expose the evils of society.

In reality, this is not the actual hacktivist group but the IT Company President capitalizing on the group's name to bait the Phantom Thieves into a trap. The actual Medjed is in fact Futaba - and she actually can induce a Japan-wide hacking attack all by herself. 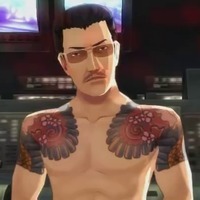 A member of Shido's Antisocial Forceconspiracy who serves as his employer's primary real-world muscle, his main job being to "clean up" any loose ends by making people disappear. In Shido's Palace, the cognitive Cleaner deals with others on the cruise ship and personally fights as the demon Ongyo-ki. 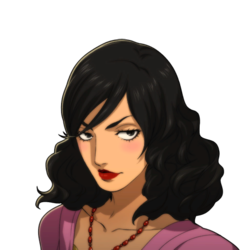 The English teacher of class 2-D, known for her heavy makeup and somewhat provocative choice of clothes. 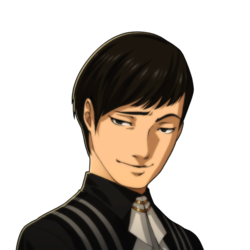 The Science teacher of class 2-D, known for his rather flamboyant mannerisms. 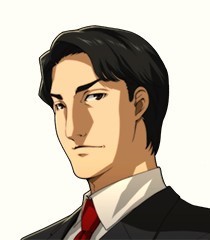 The World History teacher of class 2-D, known for his rather dignified presence and matter-of-fact way of speaking. 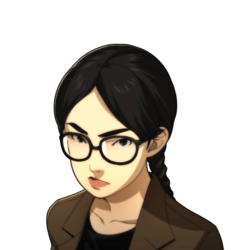 The Math teacher of class 2-D, who radiates a strict aura despite her mousy-looking appearance. 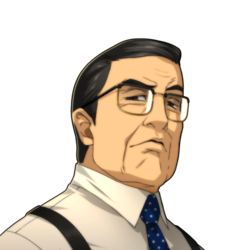 The Social Sciences teacher of class 2-D, known for his old age and grouchy personality.

An underling of Kamoshida's who gets brought back as an advisor to Shujin's reinstated track team.
Vice Principal

The vice-principal of Shujin Academy, who, following the death of Principal Kobayakawa, is put in charge of the school. 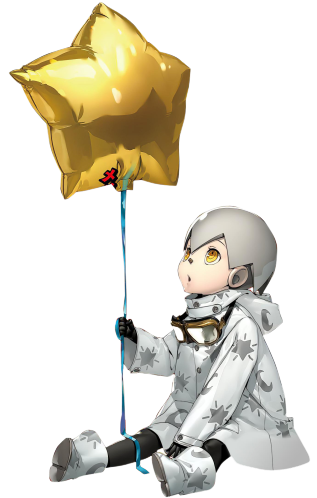 A mysterious puppet-like boy the Thieves encounter in Mementos in Royal. He's collecting flowers to better understand humans and enlists the Phantom Thieves' help in exchange for his services. His main purpose, gameplay-wise, is to provide bonuses while exploring Mementos, which include boosts to Exp, Money, and Items found, and you can exchange any flowers you find for helpful items.

The Other Velvet Room Prisoner (Spoilers)

Igor, the Imprisoned Master of the Velvet Room

The true master of the Velvet Room, Igor was jailed and replaced by the orchestrator of the game's events. When that orchestrator is revealed, he vanishes and Igor returns, to finally give Joker his aid. 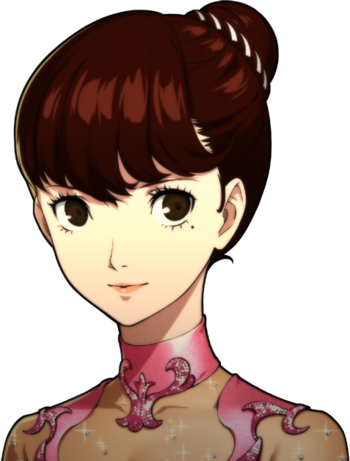 Click here to compare her to the fake copy (Sumire) 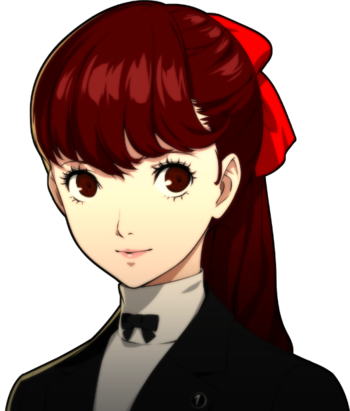 The real Kasumi Yoshizawa. After an argument between the sisters, her twin Sumire absentmindedly walked into traffic, and Kasumi died after shoving her out of the way. The "Kasumi" who joined the Phantom Thieves is actually Sumire, who was in the throes of a breakdown from the guilt and her preexisting poor mental health until Maruki altered her self-cognition.

Yep, they're back. In DLC for P5R, the Player Characters of Persona 3 and Persona 4 are available as Bonus Bosses fought through the new Challenge Mode.