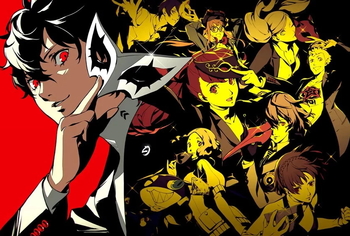 The protagonists of Persona 5 and its spinoffs, the Phantom Thieves of Hearts are a group of high schoolers (and a cat, an AI, and a detective) in Tokyo out to rid the world of evil by "stealing the hearts" of corrupt members of society. Their Personas are styled after various picaresque heroes, both fictional and real.

(Note: See the profiles of Sophia and Zenkichi here.)