The major antagonists of Persona 5.

Be aware that there will be spoilers for the game, marked and unmarked. 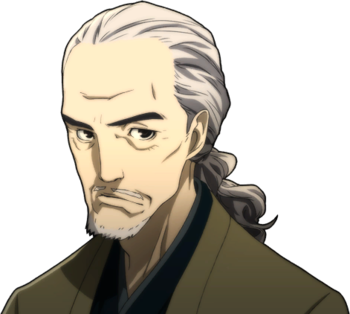 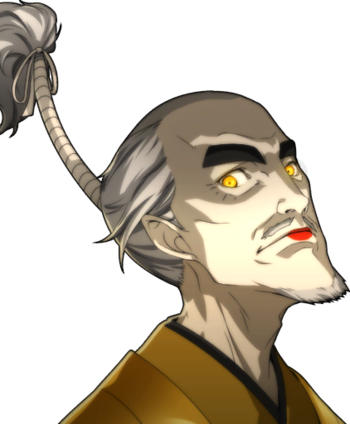 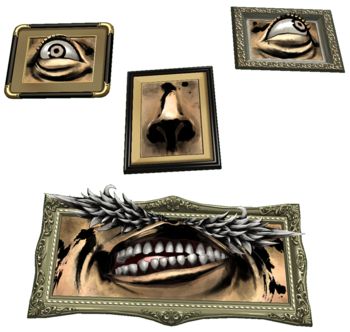 "I make the rules of the art scene! I am the supreme being! I AM THE GOD OF THE ART WORLD!"
Sin: Irritum (Vanity)
Shadow: Azazel
Voiced by: Yukitoshi Hori (JP), Kyle Hebert (EN)
Stage actors: Jun Takamatsu (The Stage)

The second major target. He is a famous Japanese painter who adopted Yusuke Kitagawa when Yusuke's parents died. While he used to be a brilliant artist, he developed an artist's block and resorted to adopting disciples and stealing their work to prop up his own fame. He exhibits a total disregard for his students' welfare and self-esteem, and even drove a few to suicide; one of his disciples was Yusuke's late mother, and Madarame allowed her to die solely to be able to claim her work as his own. Madarame's unwillingness to create his own work and his desire for fame combine to create a Palace inside the collective unconscious where he takes the form of Azazel, the demon of Vanity.

Madarame's Palace resembles a massive, gaudy art museum, and it is based in the run-down atelier where he raised Yusuke and many of his other pupils in the real world. In his Palace his Treasure resembles a painting, which is revealed to be the original, unedited Sayuri portrait. The painting in question is what the Treasure manifests as in the real world. 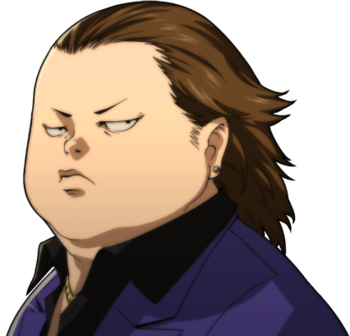 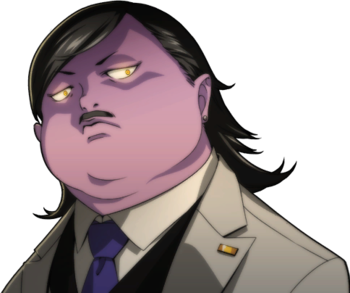 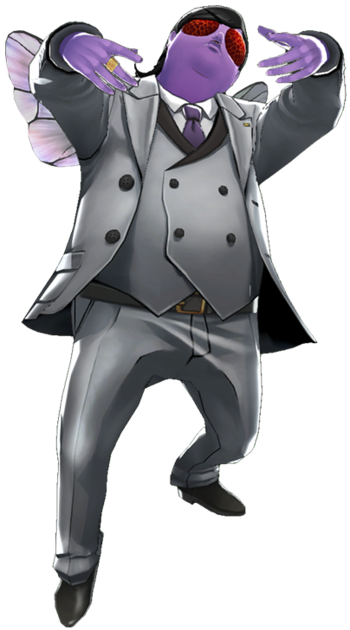 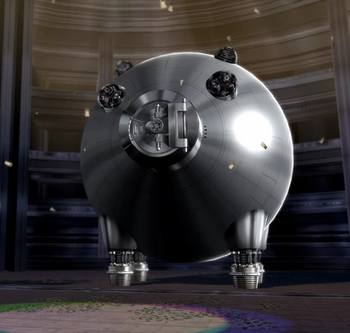 The third major target. He is a mafia boss and extortionist who was infamous for his pitfall scams targeting high school students for money. His indifference toward his victims and overindulgent lifestyle creates a Palace inside the collective unconscious, where he takes the form of Bael, the demon of Gluttony.

His Palace is a massive floating bank, and in the real world it is imposed across the entirety of Shibuya, as he runs many of his operations out of it. His Treasure, which resembles a massive stack of gold bars in the Palace, is a gold plated suitcase filled with stacks of fake currency in the real world. 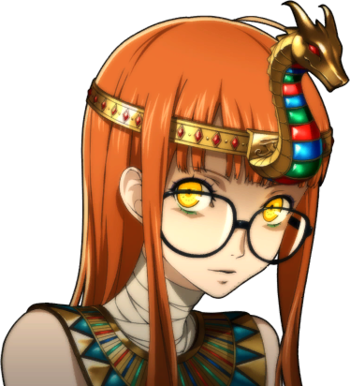 Self-Loathing Pharaoh of Wrath
"You were used! They forged her suicide note and laid the blame of her death upon you! They trampled all over your young heart! Get mad! Don't forgive those rotten adults!"
Sin: Ira (Wrath)
Boss: The Sphinx
Shadow voiced by: Aoi Yūki (JP), Erica Lindbeck (EN)
Sphinx voiced by: Minako Arakawa (JP), Erin Fitzgerald (EN)
Stage actors: Mei Fukuda (Shadow, The Stage)

The fourth major target. Futaba Sakura's feelings of Survivor Guilt and self-hatred creates a Palace inside the collective unconscious, where her emotions manifest as the Sphinx, avatar of Wrath. Unlike the other Shadows, Shadow Futaba isn't the Sphinx. Rather, Futaba's Shadow represents her suppressed positive feelings about herself. Meanwhile, the Sphinx is Futuba's misguided projection of her dead mother, whose passing has been driving Futaba deeper and deeper into self-loathing. After realizing the Thieves are trying to help Futuba, she willingly aids them, and eventually becomes the Persona Necronomicon to protect her other self.

Futaba's Palace resembles an Egyptian pyramid meant to serve as a tomb, and it is based in her and Sojiro Sakura's house in the real world. Due to the unique circumstances surrounding her and her Palace, her treasure turns out to be herself. While Morgana suspects that a "traditional" Treasure lied in a massive sarcophagus at the top of the Pyramid, Futaba enters her Palace herself, and subsequently becomes the Treasure instead.

For tropes pertaining to the real world Futaba, see here. 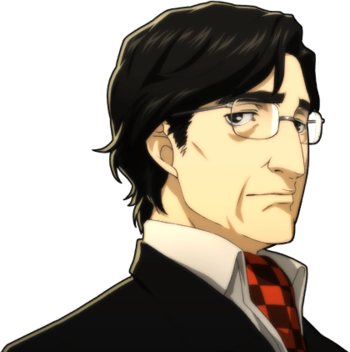 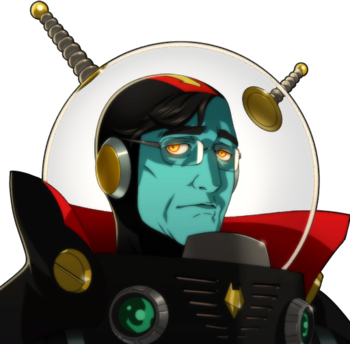 The fifth major target. He is the president of Okumura Foods, a fast food company most famous for the Big Bang Burger chain you can find in various places in the game, and he is Haru Okumura's father. His selfish ambitions to enter the political world at the cost of both his company and employees' livelihoods creates a Palace inside the Metaverse, where he takes the form of Mammon, the demon of Greed.

Okumura's Palace is a Space Station, and it is based in the Okumura Foods World HQ in the real world. His treasure resembles a mysterious orb with a metallic shell, while in the real world it manifests as a model toy kit of a spaceship he wanted as a child but was too poor to buy it.