Be aware that there will be spoilers for the game, marked and unmarked.

Shadow Guards
The Mooks of the game, Shadows are beings born of human emotions in the collective unconscious. They're drawn to the distortions of Palaces, where they fall under the control of the Palace's ruler. The protagonist can convince them to become Personas via negotiation.
Guard Captains
The Elite Mooks of the game. They're Shadows who have received the favor of Palace rulers, gaining certain benefits in the process.
Corporobos
These are robots appearing in Okumura's Palace, replacing Guard Captains in that specific situation. They are not shadows, but represent how Okumura thinks of his workers; Dispensable stepping stones and labor for his business ventures.
Advertisement:

People with distorted hearts, yet haven't accumulated enough desire to become the rulers of their own Palaces. As such, they're scattered across the Palace of everyone's hearts, Mementos, in layers called Paths of Qimranut, Aiyatsbus, Chemdah, Kaitul, Akzeriyyuth, Adyeshach, Sheriruth, and Da'at.
In General 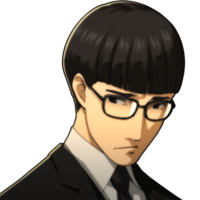 Once a disciple of Ichiryusai Madarame. When he figured out that Madarame was taking credit for his work on purpose, he became furious and left him to work in a government job, but the stress and misery over what Madarame did to him caused him to start stalking his ex-girlfriend, making him a target of the Thieves. Afterwards, he was able to help them out by requesting them to take on Madarame.

A bully who is extorting money from Shujin Academy students.

A Grumpy Old Man who causes trouble in Kichijoji to be the center of attention.

A bully who forced Takanashi into doing his bidding. 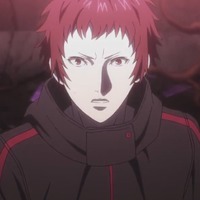 The main antagonist of the Persona 5: The Day Breakers OVA, he moonlights as the leader of a small gang in Shibuya while working for a security company as a locksmith.

A Crazy Cat Lady who has been catnapping all the cats in Yongen-Jaya, calling them "Snowball" regardless of their color.

A Kosei student who is a "queen," and is abusing the guy she likes. She guards the path to Chemdah.

A manager of a convenience store who abuses his employees and plans on using them as scapegoats for his misdeeds. 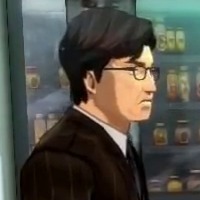 Tae's former superior and the Medical Chief of Staff at the university hospital where she once worked.

The abusive boyfriend of one of Chihaya's customers. Joker changes his heart to prove to Chihaya that fate can be defied. 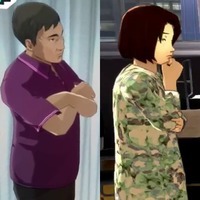 The guardians of Kawakami's former student, Taiki Takase, who blackmailed her for money after their adopted son died.
Yumeko Mogami 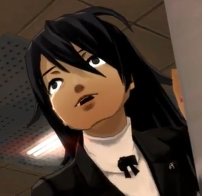 A student from Shujin Academy who constantly stalks a fellow student named Ikesugi, who she claims is her boyfriend. She is obsessed with him to the point that she sends disturbing messages to him, records him by the alleyways of the school and threatens to kill any other girls around him. She guards the path to Kaitul.

A college student who hurts and kills cats. 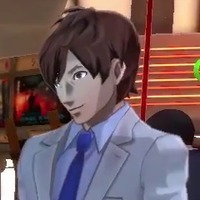 The chairman of the Assembly of the Divine Power, or ADP for short. He's the one who recruited Chihaya into the group and also responsible for the Holy Stone scam. 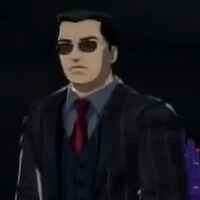 An enforcer for the Hashiba clan, a group of Yakuza that Iwai was once affiliated with. He's now trying to coerce Iwai, his old friend, into constructing firearms for him.

A man who goes around assaulting others, especially the elderly.

A supervisor who steals credit for his employees' work 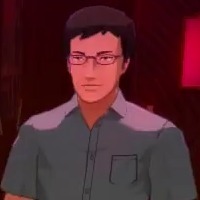 Ohya's boss as the chief of her department, who has been attempting to stonewall her search for her partner by piling more work than anyone should be handling onto her.

A land speculator who is trying to force an old couple to give up the movie theater they own in Yongen-Jaya. He guards the way to Akzeriyyuth.

A scammer who takes out multiple loans and changes his appearance and name to evade his creditors.

A notorious cheater who is nigh-unbeatable in the Gun About arcade game, leading to him being nominated as a target. When confronted, the Thieves discover they cannot hit him, resulting in them retreating and figuring out a way to strike. This opens up an opportunity for the protagonist to meet with the King of Akihabara, one of the few gamers good enough to overcome his cheating. The King, revealed to be Shinya Oda, then teaches the protagonist a technique that lets the Thieves take down Nejima. 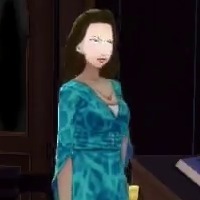 Hifumi's mother. She intends to make her daughter into a gravure idol, and sees Hifumi's shogi career as a means to an end.

Kindly old man by day, ruthless assassin by night— courtesy of suffering from a mysterious case of Jekyll & Hyde phenomena. He is a homeless man who hangs around Shibuya's Underground Walkway and can be talked to whenever Joker travels into the vicinity. His past, other than Mishima's intel about his mercenary background, is shrouded in mystery. He guards the way to Adyeshach. 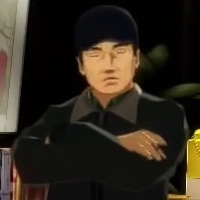 Wakaba's brother and Futaba's uncle, who abused Futaba while she was in his custody and is now blackmailing Sojiro. 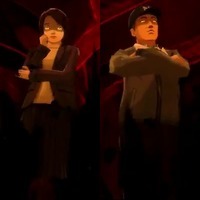 Shadows: Incubus and Succubus
Difficulty: A

The parents of Futaba's old schoolmate Kana, who are forcing her into being a gravure idol so they can cover their gambling debts. 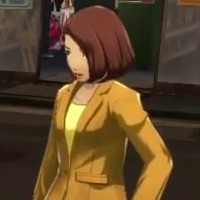 Shinya's mother, who has been attempting to raise him on her own with her husband's actions. She is trying to push Shinya into becoming a bully.

Leader of a group of scam artists who target old people.

A sleazy job offerer in Shinjuku, Asakura can be found accosting a young woman who wishes to be a singer. By the time Mishima reveals to you that he's been molesting his charges, said woman has already run away from him in tears. He guards the way to Iweleth.

A handsome man who's known for using his looks to manipulate woman in his school to fight for him. He's induced violent incidents between women and has driven a few to be bullied out of school before.

Minamoto is a man who wanted to commit suicide because he has to take care of his sister 24/7, something that resulted in incredible distress and suicidal depression for him.

A man who spends large amounts of money on Lily-nyan's merchandise, straining his marriage and causing his wife to threaten him with divorce.

A streamer who takes the name "AIMaask Ouji" (イカサマ王子, Ikasama Ouji, lit. Prince of Mischief). He broadcasts himself wearing a robot mask and performing borderline illegal acts, such as vandalism and assault against people who do illegal things (such as illegal parking) to make himself more popular. He lashes out at his family when they try to get him to stop his destructive acts, causing his younger brother to issue a request to the Phantom Thieves. Furthermore, people had threatened to dox him and find his location, considering that his email and phone number are public.

A mother who refuses to pay for her daughter's school lunches because she lost her father, mother, and husband in a row. 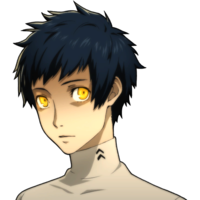 Yuuki Mishima's Shadow Self. He represents the repressed feelings that he had by being bullied in Shujin High.