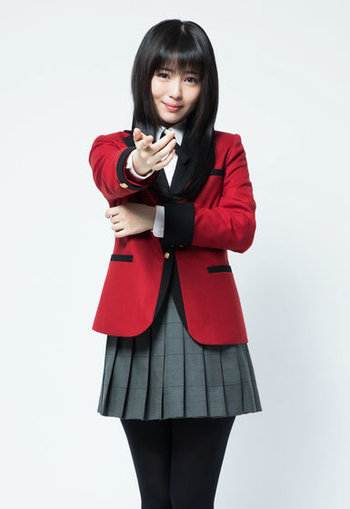 The eponymous compulsive gambler, a New Transfer Student at Hyakkaou Private Academy who quickly throws the established order into chaos with her habits. Gambling is Serious Business to her, but not in the way one might expect—she's truly unpredictable, not caring whether she wins or loses so long as she can enjoy the insanity of her and her opponent putting everything on the line on a truly uncertain outcome. Her current goal is having a match with Kirari Momobami, though of course she isn't going to turn down challenges from the rest of the Student Council along the way... 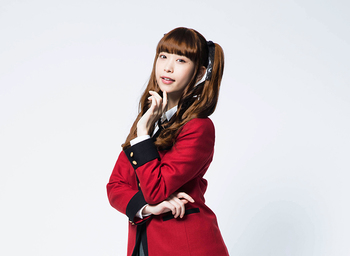 The girl in charge of Yumeko's class when she transfers in, and the first casualty of her gambling skills. Forced into house pet status after attempting to make up for her losses by challenging Yuriko Nishinotouin, she ends up partnered with Yumeko in the school's debt consolidation game and becomes something of an ally after their victory. 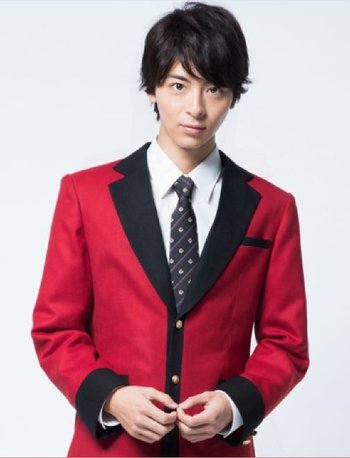 A boy relegated to house pet status by his inability to pay a sufficiently high "donation" to the Student Council, primarily kept under Mary's thumb after losing multiple poker games to her. He initially plans to drop out after Yumeko defeats her and is shocked when Yumeko splits her winnings with him, allowing him to buy himself out of debt - even though he'd been the linchpin of Mary's cheat during their match. Now, he's pretty much (given Yumeko's eccentricities) the closest thing she has to a best friend, and often tries (unsuccessfully, of course) to keep her from getting in over her head.

Student Council President of Hyakkaou Private Academy and heiress to the leading clan of the Hundred Devouring Families conglomerate. After winning her position from the former president in a game of chance, she tightened the school's gambling and house pet systems, allowing Hyakkaou to essentially control the future of Japan.

A masked individual who rarely speaks. 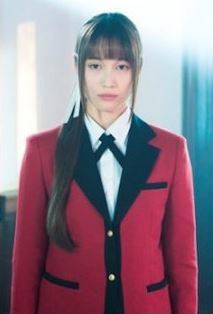 The secretary of the Student Council. 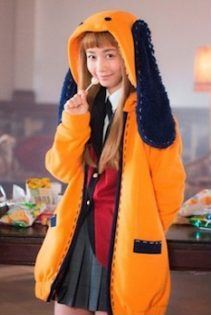 A rather youthful-looking member of the student council. She's the head of the Election Committee and personally serves as a referee during an election gambling match she felt to be important. 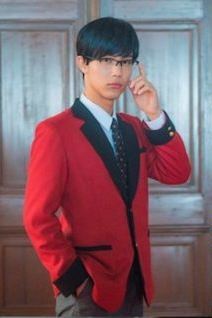 The treasurer of the student council, and the only male member. 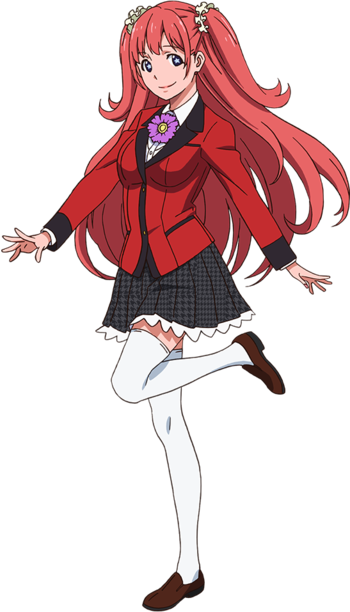 An up-and-coming Idol Singer who used the votes from her fans to get onto the student council, where she serves as head of public relations. Though she acts like a typical cheerful and perky idol to the public, she greatly dislikes her fans and secretly aims to become an Academy Award-winning actress in Hollywood. 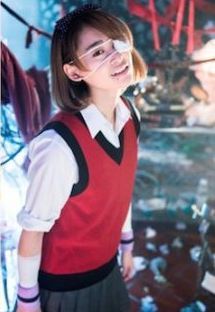 Head of the Beautification Club. She intervenes when Yumeko, reduced to house pet status, is menaced by a group of male students, pulling a gun on them and reacting with disappointment when they walk away rather than indulge her. When she hears the rumors about Yumeko's gambling addiction, Midari realizes she might be the opponent she's been looking for and kidnaps Yumeko (alongside Suzui) to force her into a game before she can challenge Kirari, who Midari believes would 'decimate' her. 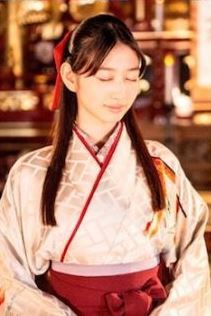 Head of the Culture Club. Mary uses her one right to a public match as a house pet against her, but is defeated and saddled with an even larger debt. As planned, this attracts the attention of Yumeko, though Yuriko soon discovers she may be in over her head. 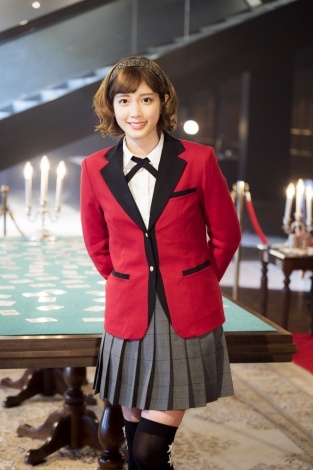 The second student defeated by Yumeko. Daughter of a highly-successful toy company owner, she paid an exorbitant amount for a spot on the student council. She challenges Yumeko to a rigged game of Memory Flip with the intention of adding one of Yumeko's fingernails to her collection, but after her trick is exposed, she breaks down in the face of Yumeko's bloodlust and loses her position. Later, having heard that Yumeko intends on gambling with Kirari, she assumes that Yumeko intends to become the new president and throws her lot in with the main trio in hopes of getting back on top. 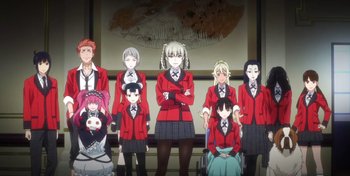 The various representatives of the clans that are a part of Kirari and Yumeko's extended family. They were selected by their respective clans to transfer to Hyakkaou Private Academy for the sake of removing Kirari from her seat of power in the upcoming elections. They each come from different competing branches of the family and are thus are all rivals to each other and technically rivals to Yumeko as well, but the common goal of usurping Kirari has united them all. Barely. Although they are attempting to defeat Kirari, they end up becoming antagonists to Yumeko instead due to various circumstances. 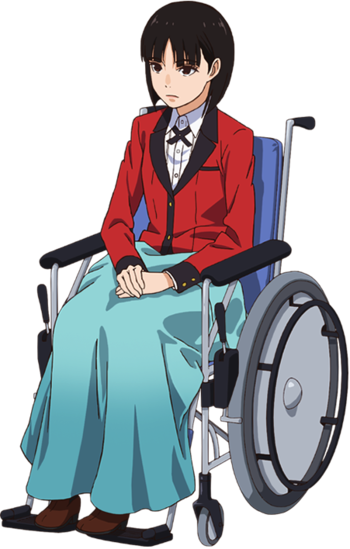 The ringleader of the Hundred Devouring Families' alliance against Kirari. She brought all the representatives together for the sake of finally beating her.

A member of the Totobami family who accompanies Terano in her quest to bring down Kirari.

A young girl in Gothic clothing whose family is in the business of torture, and the first member of the Hundred Devouring Families who Yumeko gambles against during the Election Arc.

A specialist in poison. She and Miri Youbami are childhood friends who were like sisters to each other before the nature of their clans' competition forced them apart. They secretly kept their bond with each other in spite of that and work together during the election arc. Their poisoning of Yuriko to sabotage their match with her catches Runa's attention, and in retribution, Runa arranges for Yumeko to gamble against them.

Miyo's childhood friend. She is a quiet girl who is submissive to all her friend's wishes.

Member of the Honebami clan, she comes from a family specialized in "Cleaning". She is scary, quiet and has an icy demeanor.

A strange and quiet woman who always hides her face behind a surgical mask and her long hair. She turns out to be a famous Japanese actress in Hollywood under the pseudonym Kawaru Natari, who happens to be Yumemite's favorite actress. Her family branch, the Warakubami, are in the entertainment business.

A level headed and polite man who showcases an outstanding prowess in bluffing. He comes from a family of swindlers.

A rebellious uncouth punk who is a member of the Obami clan. While Rin Obami is the chosen representative of the Obami clan, Ibara is accompanying him and participating in the alliance against Kirari as well.

A member of the Komabami family, who is always being accompanied by a dog. She seems to be looked down upon by the rest of the families.

An anime-only character. She acts rather like a butler for the other members of the Momobami clan and arranges matches for them, but doesn't take part in gambling herself.