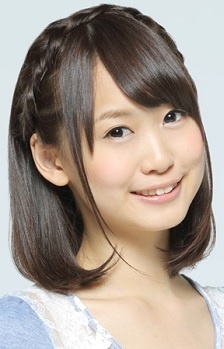 Yuu Serisawa aka Serico (born December 3, 1994) is a Japanese voice actress and singer from Tokyo, Japan. She is also a member of the idol group i☆Ris and affiliated with 81 Produce as a voice actress and Avex as a singer.

Like all of i☆Ris, the Pretty Series franchise was her big break, her first main role was Ann Fukuhara in Pretty Rhythm: Rainbow Livenote  the rest of i☆Ris had minor roles in Rainbow Live, but later got main roles in PriPara and her Star-Making Role was PriPara's Mirei Minami.

She tends to voice cute girls, although she can also be Cute and Psycho. Her hobby is cooking.

And fun fact, Yuu Serizawa is also the niece of Yuki Saito (of Sukeban Deka fame).