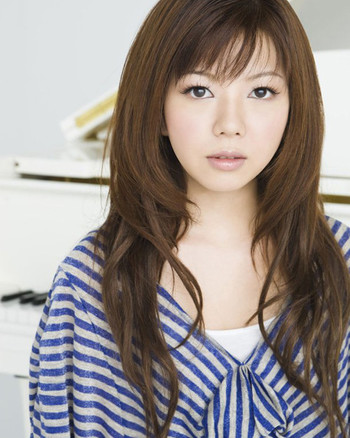 Yui Makino is a seiyuu born January 19, 1986. She is one of the few seiyuu known to speak acceptable English, and she's also a talented singer. She is best known for her work in Tsubasa -RESERVoir CHRoNiCLE- and ARIA. She also was a former child actress.

On June 12, 2020, she announced her marriage to actor and singer, Yutaro Miura (the eldest son of former idol singer, Momoe Yamaguchi).