This is the list of characters from Gunslinger Girl. 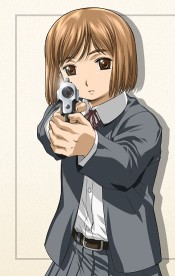 A survivor of a family massacre who was found to be badly wounded (and raped, according to the manga) by Polizia di Stato officers, she's one of the first girls who became a first-gen cyborg. She works with Jose and her weapons of choice consist of a FN P90, a Walther WA2000 and a SIG-Sauer P239. 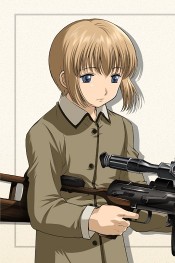 Born with birth defects that kept her hospitalized her whole life, Rico was placed into SWA custody after representatives informed her parents that she'd be able to survive under their care. She works with Jean and uses a Dragunov SVD and a CZ 75 as her weapons of choice. She also happens to be proficient in close quarters. 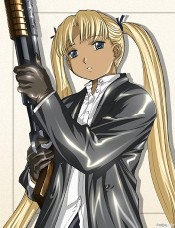 The survivor of a snuff film attempt in Amsterdam, Triela was rescued by Hilshire and Rachelle in an unsanctioned Europol op. She's brought to Italy to be treated for her wounds, but the SWA decides to use her as a first-gen cyborg. Triela works with Hilshire and her weapons of choice is a Winchester 1897 and a SIG-Sauer P230SL and later, a SIG 232 after Pinocchio steals her sidearm. 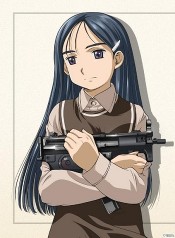 Formerly known as Fleda Claes Johansson, she was the daughter of a university professor who taught her to read books. Her handler was Raballo, an ex-Carabinieri officer who died in a car accident; ever since then, she has mostly ceased participating in field operations and instead acts as a guinea pig for SWA equipment testing, although she is occasionally sent to help the other agents when they need additional manpower. In field ops, Claes uses a Heckler & Koch VP70M and a MP5K-PDW. 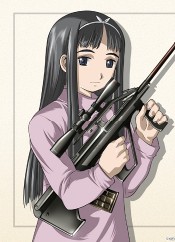 The first cyborg. She was the survivor of a hit and run accident courtesy of her businessman father who tried to run her down to get insurance money, since his businesses were about to go bankrupt. Given the new name Angelica, she works with Marco and her weapons of choice involves Steyr-made weapons, including the AUG series and the M9. By the time the story starts, she has begun showing many of the negative side effects of the conditioning and frequently has to sit out missions and training as a result. 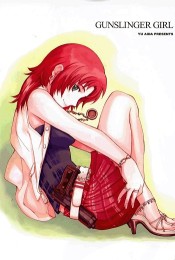 A promising Russian ballet dancer in the Bolshoi Ballet Academy who developed cancer in her legs. Her family brought her to Italy in the hopes that Elisabeta would be healed, but when Elisabeta learned that she couldn't be saved without having her leg amputated, she attempted to commit suicide. The SWA pressed her into service by making her one of the first second-gen cyborgs. She works with Sandro and usually uses a SITES Spectre M4.

Due to her prominence in the media, the SWA had to dye her blonde hair red and use slight facial surgery to avoid the press' attention. 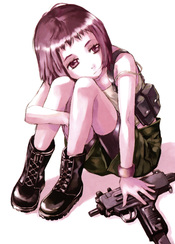 A first-gen cyborg who works with Bernardo, she's tasked to do anti-EOD duties due to her heightened sense of smell to detect traces of explosives and bombs of various types. Beatrice uses the IMI Uzi family as her weapon of choice.

Like Claes, no one knows how the SWA came to recruit her. 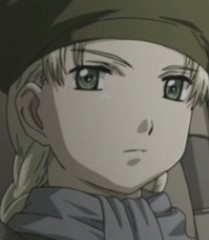 The first of the cyborgs to be killed in action, alongside her handler Lauro; the SWA investigates on whether she was killed by Padania terrorists or by someone else. She operates while using a SIG SG 550 series and the SIG-Sauer P229, although she uses a PGM Hecate for handling enemy vehicles. 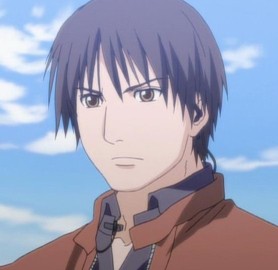 Part of the Croce family who are known to be involved in government work, he and Jean were in the Carabinieri when a bomb attack wiped out his family. He and Jean were the only survivors and were also the first ones to be recruited into SWA's Section 2. 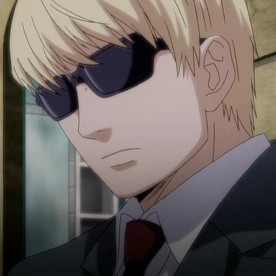 Older brother of Jose, he too was in the Carabinieri when his family, including his fiance, were killed in a Padania-credited bomb attack. Like Jose, Jean was among the first recruits to SWA's Section 2. 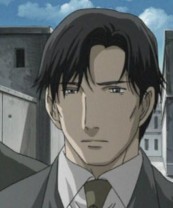 A German Polizei officer who was seconded to Europol, he was tasked to do deskwork and rarely ventures into the field until he conducts an unsanctioned op with Rachelle to save Triela from dying during a snuff film attempt. He hides from public view in the Netherlands (and Germany) and brings her to the SWA, which also resulted in being forced to work with them to ensure Triela's life is saved. 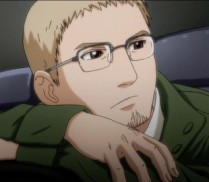 An experienced operator with the Polizia di Statos' Nucleo Operativo Centrale di Sicurezza, Marco was taken off field work after an injury made him stay off future NOCS ops. This led him to work for the SWA. For a time, he was in a reltionship with Patricia before they parted ways. 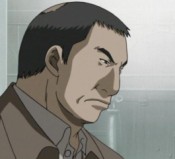 An ex-Carabineri who was taken off field duty from a leg injury, Raballo's one of the few SWA agents who didn't like the idea of using Claes as a child assassin, but took his time to take care of her and remind her to be a good person. By the time the story takes place, he has died, leaving Claes with no handler. It's implied throughout the story that he was planning to go to the newspapers about the SWA and was assassinated before he could do so. 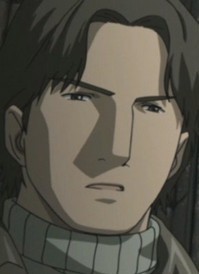 Elsa's handler in the field in SWA ops, Lauro doesn't really give a damn about Elsa. He gets killed while off duty from SWA work. 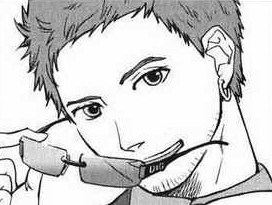 An ex-SWA Section 1 agent, he was recruited by Rossana, who taught him her fieldcraft in espionage and surveillance. He got transferred to Section 2 and served as Petruska's handler. Sandro is known to speak many languages, including Italian and Russian.

Head of the Public Security Department. He's the one who recruited Sandro to the department.

A PS field agent who specialized in espionage and surveillance. She mysteriously disappeared after being involved in a case involving a known politician.
SWA Special Operations

The head of Section 1. He doesn't hide his disgust towards Section 2's use of cyborg agents in anti-terrorist ops since they're successful in field ops.

A Section 1 field agent tasked to investigate Elsa's death on whether their conditioning is too serious to recommend discontinuing it.—-

A Section 1 field agent who worked with Pietro on the Elsa case.

The head of Section 2, he used to work in various Italian ministries before he was assigned to his current job.

A Section 2 agent assigned to coordinate all S2 agents in the field.

A Section 2 agent recruited from the Guardia di Finanza, she specializes in intelligence collection and analysis.

A Section 2 agent who was recruited from Russia after she worked with the Russian Embassy in Rome.

A Section 2 agent of African ancestry.

Head of the SWA's tech station. He's in charge of leading surgery ops for the cyborgs and acts as their counselor from time to time. Bianchi also oversees their medical prognosis and is a friend of Marco and Patricia.

A scientist in charge of creating/repairing the prosthetic limbs used by the cyborgs.

A doctor who was involved in replacing Triela's legs after they were damaged in a major SWA op.

A scientist in charge of monitoring the cyborg's conditioning. Adamo holds four doctorates from various universities.

A doctor who oversaw Elizabeta's facial construction with Dr. Giliani. In charge of overseeing information on the prosthetic limbs used by the cyborgs.

A scientist who oversees other aspects of a cyborg's surgery, including their physical features.

A neurologist who's in charge of overseeing the cyborg's conditioning process. 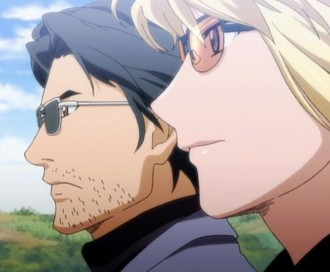 Franca was a promising university student who left her studies because her father was imprisoned on false accusations and was killed under suspicious circumstances.

Franco was a worn-out right-wing terrorist who couldn't find meaning to follow the legacy of his grandfather after he passed away. He spent his days being a bum drinking until Franca convinced him to continue his legacy. 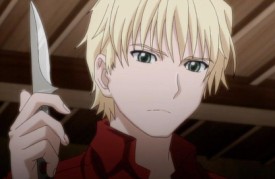 An orphan found by John Doe and Cristiano during an operation, he was trained by the nameless man in close quarters and firearms training, although he shines in using knives during close quarters.

Pinocchio gets killed during a SWA op to apprehend or kill him alongside Franca/Franco. 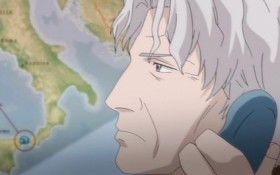 One of the main leaders of Padania, he's in charge of its Milan branch. He formerly worked with John Doe and took care of Pinocchio when he was very young. 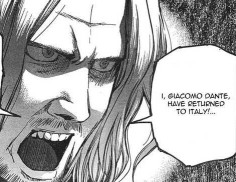 A mercenary who has fought overseas, he gets recruited by Cristiano to provide their services to take on Italian security forces, including the SWA, after his forces raid Turin's lone nuclear power plant.

At the end of the series, Dante is arrested and locked up for terrorism charges.

A cleaner recruited by Padania to take care of the scene in order to avoid unwanted attention. He's usually assisted by Vincenzo. Bruno works with Padania for the money to provide for his immediate family.

Bruno's assistant who cleans up scenes where Padania is involved to avoid unwanted attention. Like his boss, he agrees to work to earn money.

A Padania terrorist who was once an anarchist from the University of Turin, he later advocated for the use of non-lethal weapons and tactics since he felt that killing is getting too much for him. Nino works at an antique shop as part of his cover. He's known in the underground as the Tibetan Terrier.

The current Prime Minister of Italy. He has a hands-off approach towards the SWA and later on, decides that they're a potential liability and sends in the Italian Army to wipe them out.

The current Italian Minister of Defense, she oversees the SWA's black budget is maintained and is the main line of contact for Draghi and Lorenzo alike. 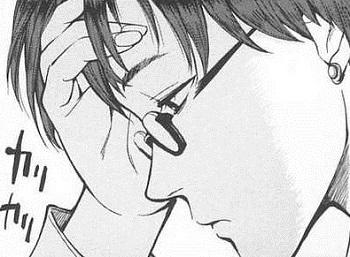 An Italian prosecutor who's in charge of cases that are usually Padania in significance, she becomes the target of an assassination since her work was putting her in their crosshairs.

After the end of the series, Roberta is Speranza's adopted mother.

Jean and Jose's younger sister, she gets killed in the bomb attack that also got her parents killed. 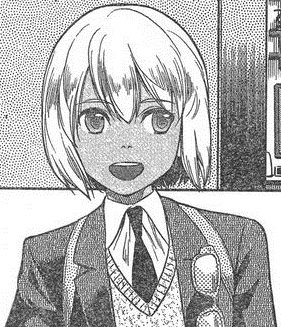 The genetic daughter of Triela, she's the daughter of Roberta who later becomes a well-known actress and television presenter after initially spending time as a doctor.

A major leader in the Camorra mob. He later defects when he learns that they've been involved in human trafficking, especially in girls. Mario becomes a state witness, who later is targeted by his former Camorra mosters.

The only daughter of Mario, who has lived in hiding from being attacked/killed by the Camorra mob.

A French doctor/mortician from the Police Nationale, she worked closely with Hilshire back when they were still in Europol. Rachelle died from her wounds during an unsanctioned Europol op that went wrong.

Marco's ex-girlfriend and owner of a book publishing company, she was friends with Franca back in university. She broke up with Marco before the series started.

Characters from outside the Anime/Manga

A first-gen cyborg who was placed into SWA service alongside Henrietta and Rico. Pia went rogue on orders from her handler, Earnest.

An agent for SWA's Section 2, he's actually The Mole for Padania and defected after he was assigned to Pia.

A mysterious hitman who was recruited by the CIA before he worked with Cristiano.