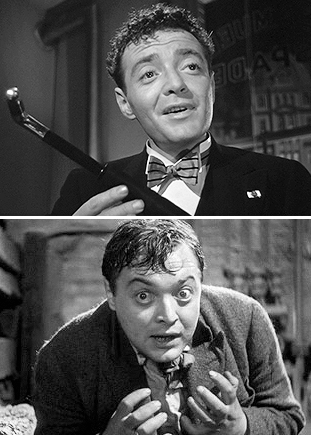 "I can't help myself! I have no control over this, this evil thing inside of me, the fire, the voices, the torment!"
"That was an order! Steiner's assault was an order! Who do you think you are, to dare to disobey an order that I give?! Is this what it has come to!? The military has been lying to me! Everybody has been lying to me! Even the SS! Our generals are just a bunch of contemptible, disloyal cowards!"
— Adolf Hitler, Downfall. Its subtitles have been altered by many since.
Advertisement: