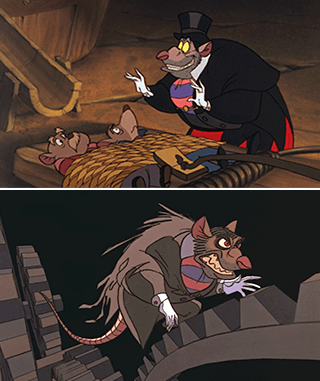 Professor Ratigan, devolved from a charismatic criminal mastermind with an over-the-top personality into a dangerously unhinged psychopath with a feral bloodlust after Basil makes a fool of him.