Prowler is the name of several Marvel Comics characters, each adjacent to Spider-Man in different ways. 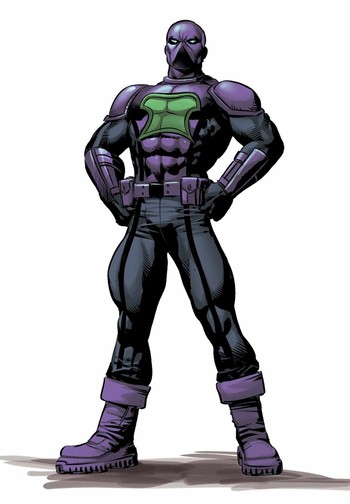 A young African-American window washer with engineering prowess, Hobie devised the Prowler alias to cover his identity while thieving around New York City. During his first heist, however, Hobie was stopped by none other than Spider-Man.

Upon learning the Prowler was really just a misunderstood kid (not unlike himself when he started out), Peter became something of a mentor to Hobie, even occasionally asking him to impersonate Spidey for various reasons. Hobie Brown has the distinction of being the first character other than Peter Parker to sport the Spider-Man costume in the publication history of Spider-Man, making him in effect for the brief issue of Amazing Spider-Man #87, his first Legacy Character.

Aside from being the Prowler, an alternate universe version of Hobie exists on Earth-138 as the anti-establishment punk rocker Spider-Punk, mainly appearing in the Spider-Verse crossover and its sequel, Spider-Geddon. And though Hobie is not actually in the game itself, the Spider-Punk costume is an unlockable skin for Peter to wear in the 2018 Spider-Man video game.

Hobie Brown has appeared in: 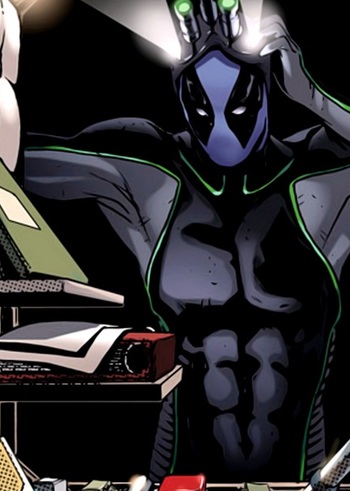 In the Ultimate universe, Aaron Davis is a technologically-savvy burglar who performs his crimes as the Prowler. But more importantly, Aaron is the uncle of Miles Morales, and is generally responsible for turning the young boy into the second Spider-Man of Earth-1610. During a heist on Oscorp, a genetically enhanced spider stows away with Aaron, ultimately finding its way to Miles and biting him.

Aaron and Miles eventually began working together, once their mutual identities became known to the other, but Miles ended their relationship upon realizing his uncle was exploiting their bond for his own ends. Though Aaron would end up killed a short time after, he later showed up alive and well in the mainstream Marvel Universe, which now also contained Miles after the events of Secret Wars.

Despite being a newer creation than Hobie Brown, Aaron has shown up quite prominently in other mediums since his introduction. He appears as a civilian in Spider-Man: Homecoming, portrayed there by Donald Glover. Though he's never shown as the Prowler in the film, a Freeze-Frame Bonus reveals he's used the Prowler alias as a petty crook. Prowler also appears in the animated Spider-Man: Into the Spider-Verse film, as voiced by Mahershala Ali. Unlike Glover's Davis, this version does appear as the Prowler, and is a crucial antagonist in the story, opposite Miles' titular Spider-Man.

Aaron Davis has appeared in: