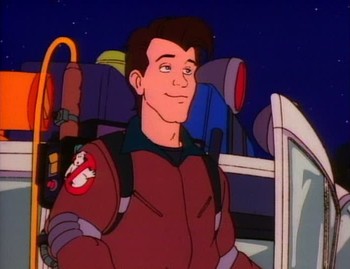 "The Mouth" of the team who functions as something of a leader due to being the most forward and direct with clients, critics, the press, etc. Always ready with a sarcastic quip when things turn dire. 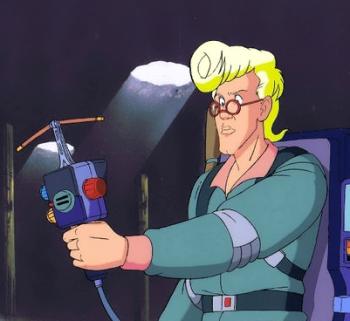 "The Head" of the group — designer of technology, planner of plans, spotter of obstacles, strategist, with a cold, clear, stoic attitude to match... or so he strives for. 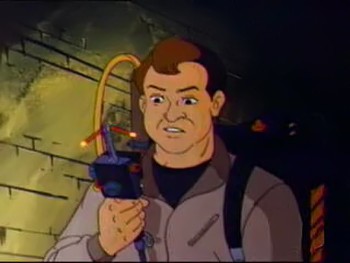 "The Heart" of the group, he's a scientist and inventor like Egon but also easily the most fun-loving, most enthusiastic member of the team who likes nothing more than uncovering and battling new ghosts. 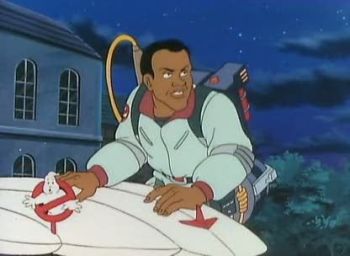 The newest member and "The Hands" of the group, Winston's the only one of the four who's not a doctor, but a former Marine who answered the original trio's ad looking for more members after business started to take off. Because of this, he's the most practical, down-to-earth of the group, skilled in combat, a loyal friend, and comforting source of sanity when everything around them descends into chaos. 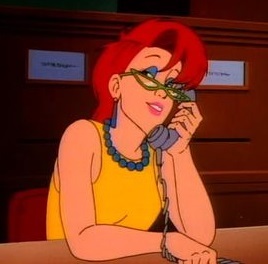 The Ghostbusters' secretary and occasional reserve member, Janine is the one who mans the fort, taking calls, meeting clients, dispatching the guys, collecting payments, and trying to get the love of her life, Egon Spengler, to notice her. 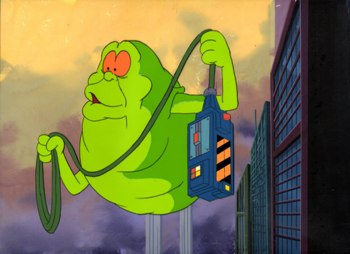 The first ghost the team ever busted, after the Containment Unit exploded before their confrontation with Gozer, this green glob of an eating machine returned to haunt the firehouse and form a strained friendship with the occupants. Janine theorized he was lonely, and the guys were the first people to pay attention to him. 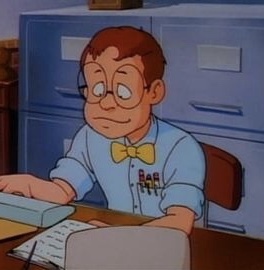 A neighbor to Dana Barrett, and an accountant from the first film who, like Barrett, was turned into a Terror Dog. He was added to the cartoon around the third season. 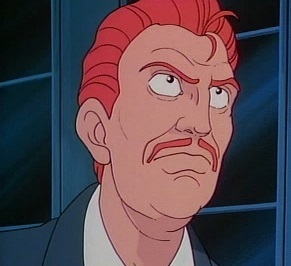 An Obstructive Bureaucrat encountered in the first film. He's antagonized The Ghostbusters from day one, purely for the sake of his own ego. While he ostensibly had cause to investigate the firehouse where The Ghostbusters operate, he's really just a petty bully that likes to throw his weight around. In addition to his tropes in Ghostbusters, he gets these in the animated series:

A member of the NYPD who has run afoul of the Ghostbusters, who he has little respect for, a few times.

Three children who admire the Ghostbusters and occasionally try to help them in their missions.

A dog that Slimer is friends with in the Slimer! shorts. His owner is Mrs. Van Huego, a customer at the Sedgewick Hotel.

Fred's owner who lives at the Sedgewick Hotel.

A cat that often antagonizes Slimer in the Slimer! shorts.

A guard dog that often causes trouble for Slimer and Fred in the Slimer! shorts.

The head of the Sedgewick Hotel in the Slimer! segments. He remains adamant that ghosts do not exist.

A bellhop at the Sedgewick Hotel and another of Slimer's friends in the Slimer! shorts.

Another of Slimer's friends in the Slimer! shorts. He tends to rope the spud into get-rich-quick schemes.

An Italian chef who is on good terms with Slimer in the Slimer! shorts.

A friend of Slimer's in the Slimer! shorts who drives an ice cream truck.

A burly woman Slimer occasionally runs afoul of in the Slimer! shorts.

She is the teacher of the Junior Ghostbusters in the Slimer! short "Class Clown"

A scientist obsessed with capturing Slimer, primarily out of a desire to prove he's smarter than and superior to the Ghostbusters.

A giant marshmallow man who's the mascot for Stay Puft Marshmallows brought to life. He usually hangs around in the Containment Unit, only being let out when the Ghostbusters need him.

A monstrous being who hides in closets and scares children.

The pumpkin-headed personification of Halloween, who fought the Ghostbusters twice.

The Grundel
Voiced by: Rodger Bumpass

A creepy, green-skinned ghost who manipulates children into being bad.

A powerful ghost who has a grudge against the Ghostbusters.

A pair of ghosts who menace Slimer a few times in the Slimer! shorts.