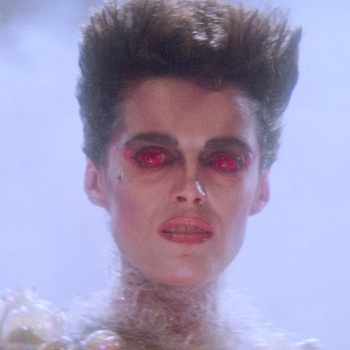 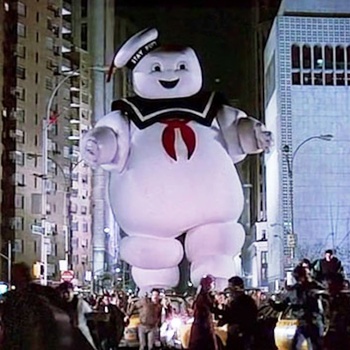 "Subcreatures, Gozer the Gozerian, Gozer the Destructor, Volguus Zildrohar, the Traveler has come; choose and perish."

An ancient Sumerian deity fond of entering dimensions and destroying them. Its impending arrival somehow causes an increase in the spectral activity of the targeted dimension, starting the events of the first movie. 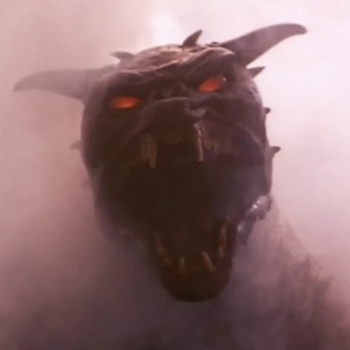 "There is no Dana, only Zuul!" 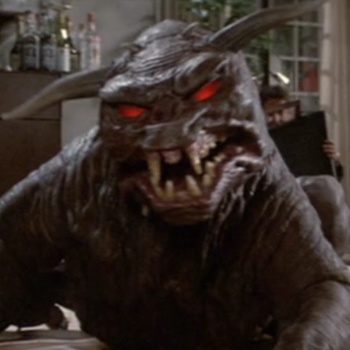 Hellhound demigods and Gozer's loyal minions and scouts. Zuul is "The Gatekeeper" presumably responsible for guarding the Traveler's portal while Vinz Clortho is "The Keymaster" with the power to open it. They enter Earth first to prepare it for Gozer's arrival with Zuul possessing Dana Barrett and Vinz possessing Louis Tully. 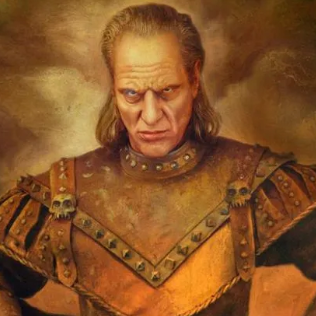 "I, Vigo, the Scourge of Carpathia, the Sorrow of Moldavia, command you!"

A 16th-century tyrant and sorcerer, Prince Vigo von Homburg Deutschendorf conquered a good section of Eastern Europe before being put down by a rebellion at the age of 105. Vigo reappeared in modern-day Manhattan possessing his own portrait, and generated a "mood slime" that heightened and reacted to people's negative emotions, which hastened his return. 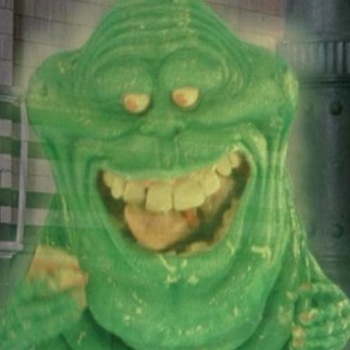 Played by: Ivan Reitman (voice, in the first two films)

A pudgy, gluttonous, free-floating apparition of unknown origin comprised of a viscous green ectoplasm, "Slimer" is the first ghost the Ghostbusters ever caught when the Sedgewick Hotel hires them to get rid of him. Depending on the continuity he's treated as an ally, an antagonist, a test subject, or a pet/mascot.

Eleanor Twitty a.k.a. "The Gray Lady" / "The Library Ghost" 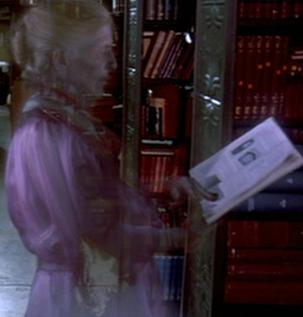 The very first ghost the Ghostbusters ever encountered (but not the first they captured). Gets an expanded role in the 2009 game where it's revealed she was murdered. 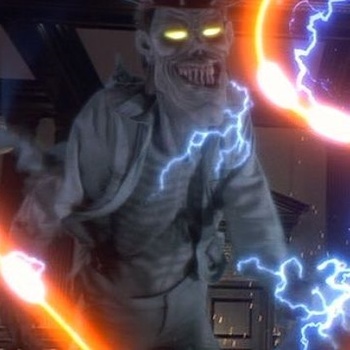 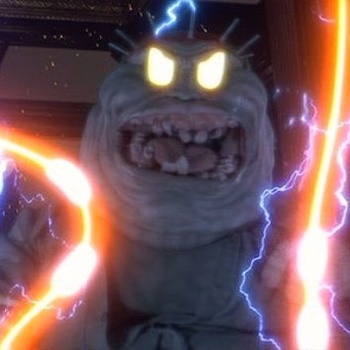 The ghosts of convicted sibling murderers that appear at the Ghostbusters' trial. Their arrival and subsequent mayhem quickly convince everyone to reinstate the Ghostbusters.